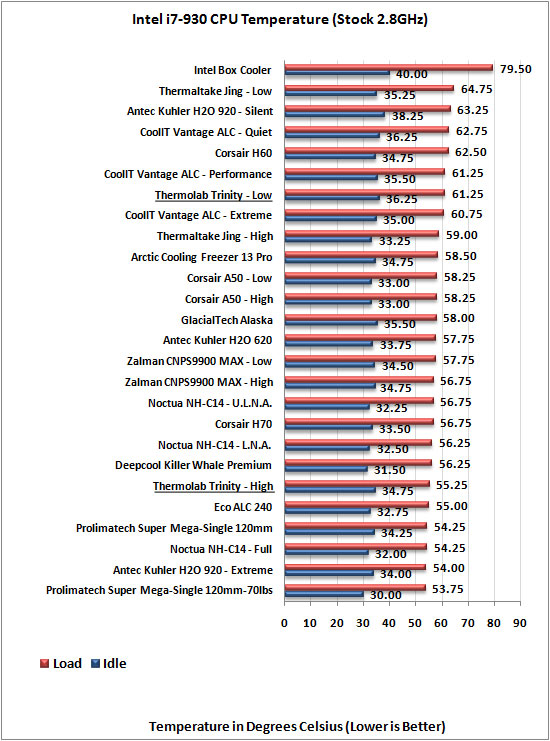 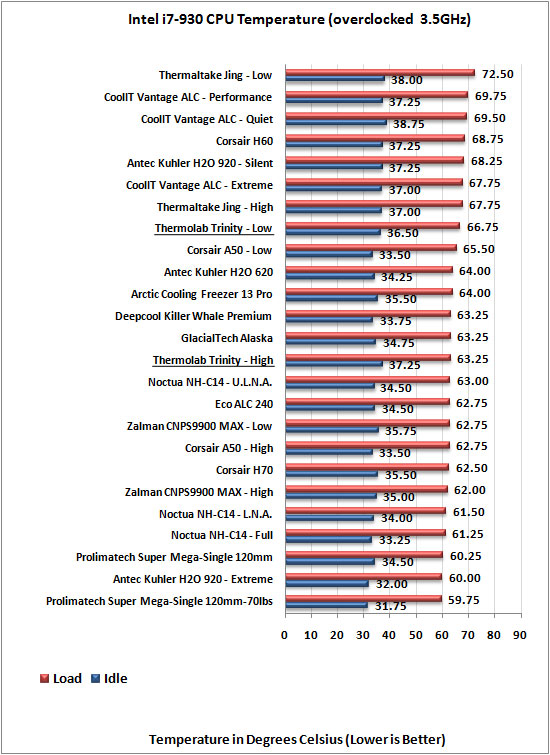 Bumping the system with a mild overclock to 3.5GHz the Trinity on low comes in at 66.75*C and 63.25 on high. It is still at least 12 degrees better than the stock HSF at stock clock settings, and only 3.25 degrees behind the recently tested Antec Kuhler H2O 920 on high. The Trinity did it much quieter though, on high or low speed. With both coolers on low the Trinity wins out by 1.5 degrees. 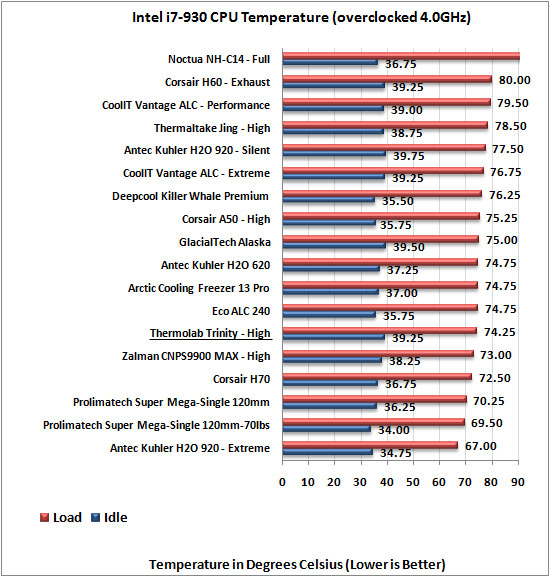