Looking over the Thermolab Trinity 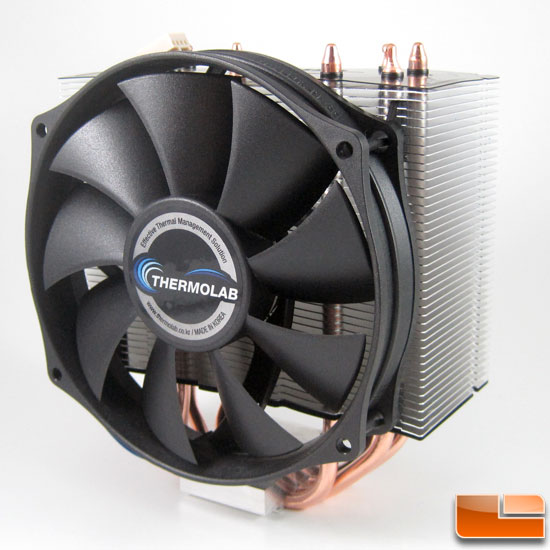 The Trinity weighs in at 735g, relatively light for a tower cooler anymore where the norm is starting to be somewhere north of 900g. With a height of 150mm, width of 136mm and depth of 85mm, the Trinity is also on the physically smaller side of coolers we have looked at recently. 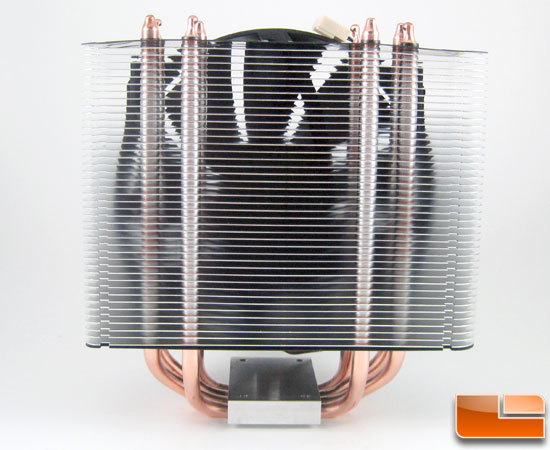 The Trinity also has 43mm of clearance to the first cooling fin. Depending on the orientation of the ram slots to the CPU socket, with the 43mm clearance combined with the shallow 85mm depth, use of tall RAM sinks with the Trinity could be very possible. 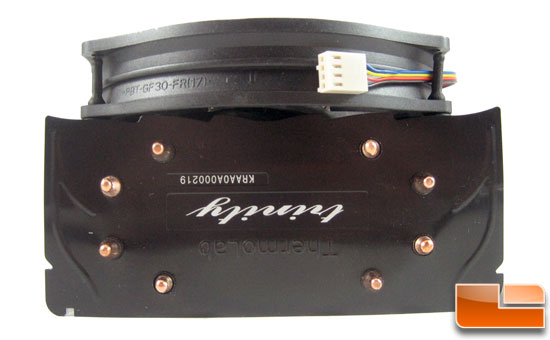 Looking at the top of the cooler we can see the Trinity does not have symmetrical fins. The heatpipes are also in a staggered pattern. 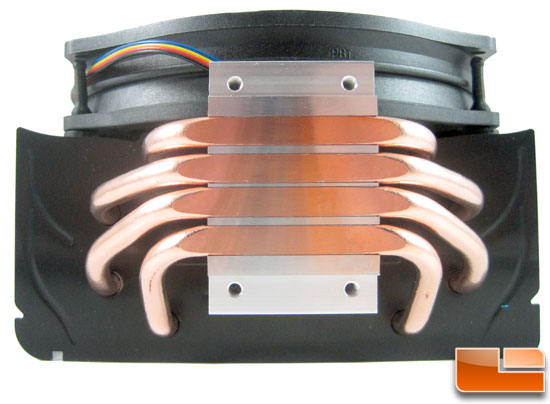 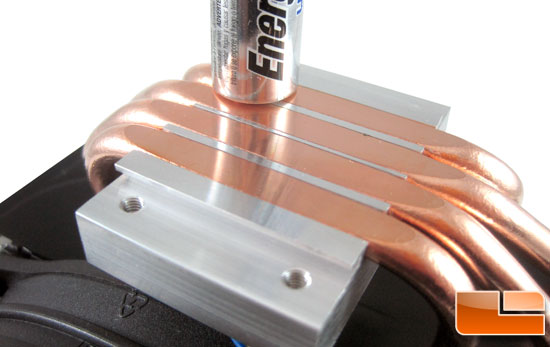 With the base of the Trinity being an HDT base, the finish is not normally very nice looking due to the way it is made. What is nice about the Trinity’s base is the gaps between the heatpipe and the base top are very small. In early versions of HDT coolers this gap was large, and thermal paste could get sucked up into the gaps and not spread nicely when the cooler was installed. 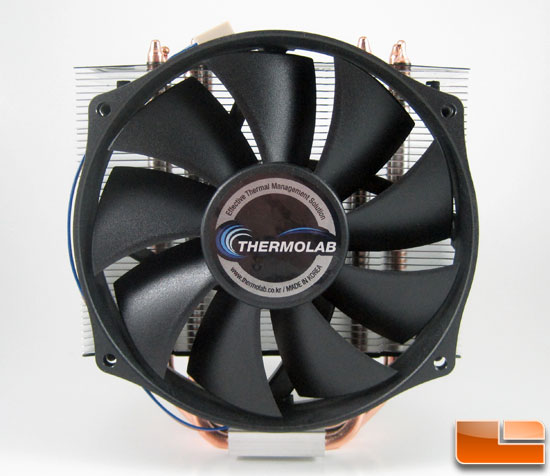 The fan for the Trinity has a 130mm fan rather than a 120 or 140mm fan. It is a nine blade PWM fan that operates in the 600 to 1,800 RPM range at 16 to 32dBA, respectively. Speed is controlled between full speed and low speed modes and is controlled with an inline resistor that can be added. 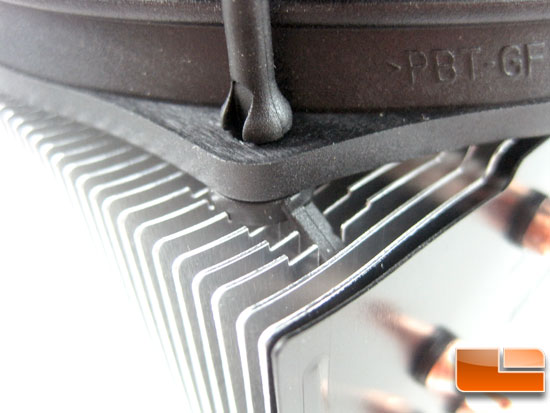 To aid in the noise reduction side Trinity’s fan is mounted to the cooling fins with rubber isolators to limit vibration.