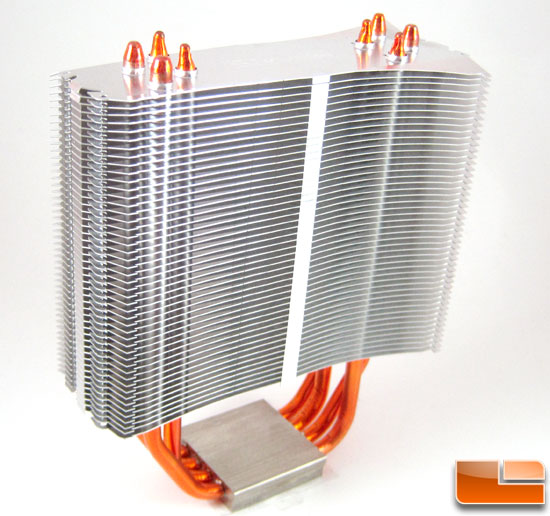 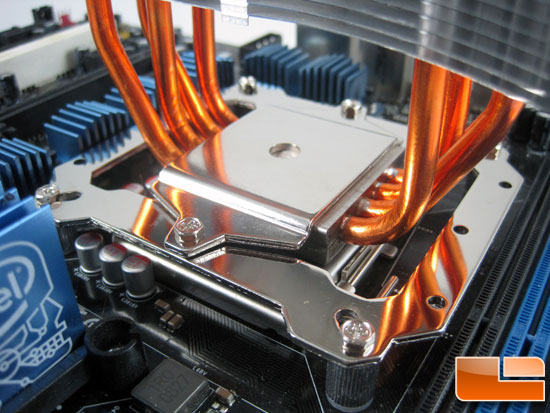 The new mounting system also allows for more users to use the True Spirit. With the old mount it was LGA1366 or LGA775 only; getting it on an AMD system wasn’t an option. Now not only can AMD users use the cooler, but all the current Intel LGA sockets are covered, as well.

I only found a couple of things that stuck out to me. One is how close the upper mount plate was to the heatsinks around the socket on my Intel DX58SO motherboard. This could be an issue for some that have motherboards with large heatsinks that crowd the socket.

Now the target MSRP that Thermalright has told us is not set in stone, but the previous Cogage True Spirit 1366 can be found for around $37 on Amazon. With the updates to simplify the packaging, changes to the base, and now there is only one model to keep track of the sub $30 price doesn’t seem to out of line. Going by price the main competition for the True Spirit in our charts is the Corsair A50 that can be found for $25 on Amazon. The coolers perform close to one another cooling wise, but the True Spirit does it quieter than the Corsair A50. At the $25-30 price point, looking at these two coolers on a shelf I would pick the True Spirit due to it being quieter.

Legit Bottom Line: In bringing the True Spirit to their lineup Thermalright has improved it by making it universal, and the sub $30 target MSRP would make for a very nice budget upgrade from stock cooling that can hang with the big coolers.