We can’t help, but feel the Rival 700 is a bold experiment from SteelSeries. We’ve never seen an integrated OLED screen, a tactile feedback motor, or a slotted tracking sensor on a computer mouse before and right now you are probably reacting to the same thoughts we had when the Rival 700 was first unveiled publically last January. Probably like you, we don’t look at our mouse when the action is intense which during a gaming session is pretty much always. You’re also wondering if the feedback motor is a detriment and if the proprietary swappable sensor module is even worth it. 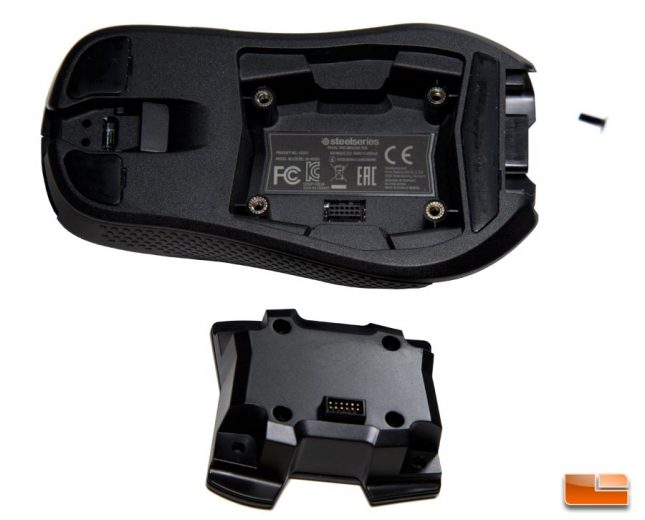 You’d be mostly right. The OLED screen is a gimmicky attraction that’s only going to attract the attention of those around you. The swappable tracking sensor module is unneeded, but because the included optical sensor is good and arguably superior to the separately purchasable laser sensor module. The tactile feedback motor is actually quite nice. The shaking is not intense and is rather comparable to that of console controllers. Since the motor only moves up and down, disruption is minimized. In-fact, if you’re distracted enough, you won’t even notice the vibrations. Yet, that may be a fault of the supported game list being limited to DOTA 2, Counter-Strike Global Offensive, and Minecraft. Particularly for DOTA 2 and CS:GO, in-game actions for those two games are marked by distinctive sounds and the feedback motor simply grabs your attention to whatever important thing you setup in GameSense whether that be taking a flashbang to the face or when the aegis expires in your inventory. Nonetheless, we like how the Rival 700 effectively extends the gaming experience beyond sight and sound to touch. 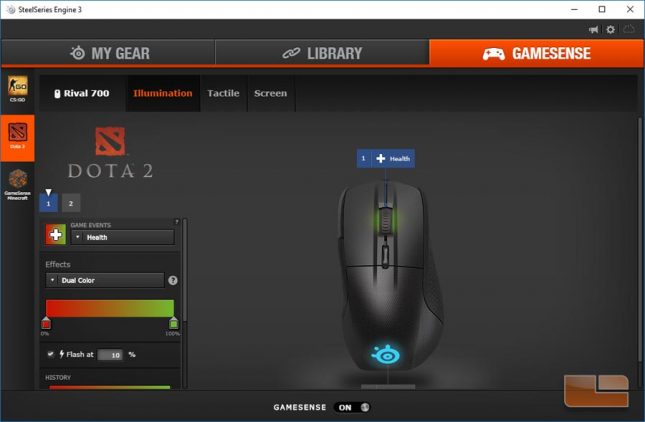 Stepping back to the mouse as a whole, the Rival 700 uses the same great form as the Rival 300 (previously just Rival.) We reviewed that mouse to positive remarks and in retrospect was one of our favorite gaming mice we tried out that year. The Rival 700 likewise has a comfortable ergonomic shape that’s compatible with claw and palm grips. Though this mouse is a bit heavier than other gaming mice because of the extra stuff built-in, the rubber grips on the side of the Rival 700 are great for keeping the mouse in control during fast swipes.

The SteelSeries Engine 3 software has seemed to mature substantially over the years. During its earlier life, we found the extremely frequent updates rather annoying. It’s now far more stable and featured with lots of button customization, the RGB light editor is flexible and easy to use, and GameSense is pretty neat when it worked in conjunction with the supported devices and games. 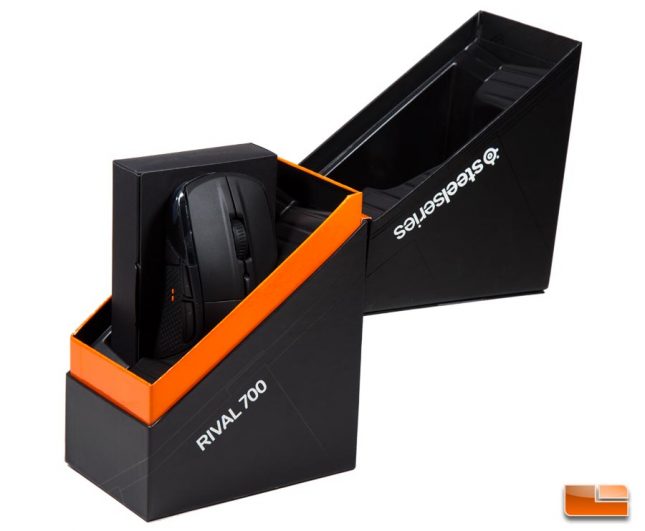 Though we didn’t care much for the OLED screen and the swappable sensor module, the tactile feedback motor and the proven Rival ergonomic design have us really liking the Rival 700 anyways. Yet, we cannot ignore the high price and $95.64 shipped Amazon is tough to handle when the Rival 300 will adequately serve most gamers and is only $49.70 shipped. It seems SteelSeries is committed to expanding the Rival 700’s functionality as during our time reviewing this mouse, an update to SteelSeries Engine 3 added the tactile motor cooldown timer. Had we completed this review before that software feature was added, we would have complained of a lack of usage for the tactile motor for games that do not support GameSense. Obviously, even more can be done to expand the usefulness of the Rival 700’s novel features, but we’re clued in that SteelSeries is at aware and at the very least committed to improving this mouse’s software features.

Legit Bottom Line: SteelSeries takes its fantastic Rival mouse design for a unique spin with the Rival 700 that extends gaming senses to touch.