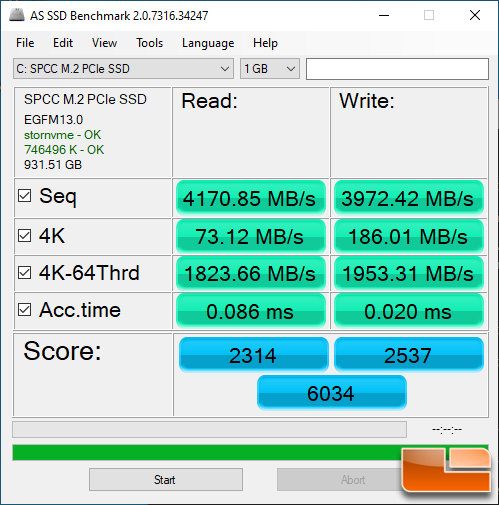 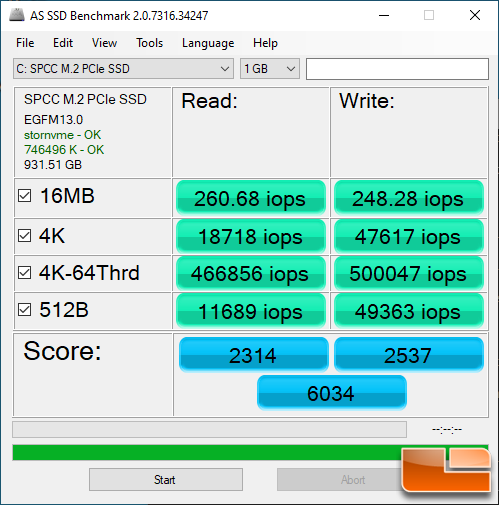 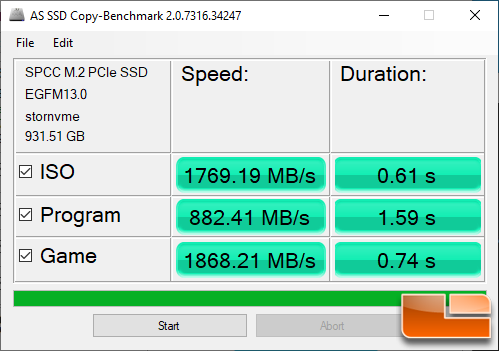 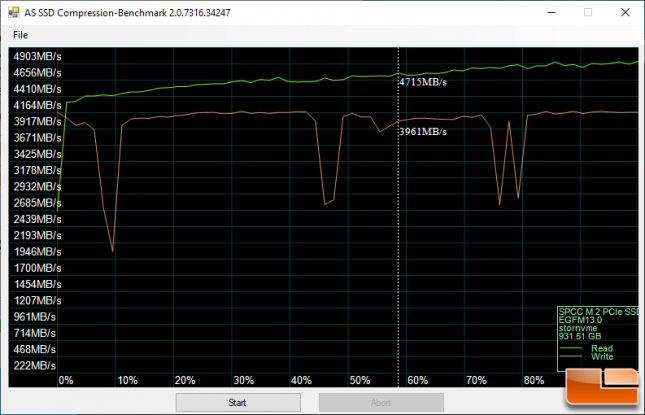 Benchmark Results: For this benchmark chart you would ideally want to see a straight line as you dont want any compression performance loss as the test goes from 0% compressible to 100% compressible data during the benchmark test period. Performance seems to gets slightly better as the level of compression increases. We noticed several decent sized performance drops during the write test, but this is something we’ve commonly seen on products using the Phison E16 controller.