We are using an AMD X570 platform to test storage drives and custom built a system that we consider mainstream for consumers. The goal here is to have a system that relates to the average Do-It-Yourself (DIY) builder, gamer or enthusiast as we want the benchmark results to mean something. To power the system we picked the AMD Ryzen 5 3600X 6-core, 12-thread processor as it along with the Ryzen 5 3600 are hands down two of the best selling 3rd Gen Ryzen CPUs. The AMD Ryzen 5 3600X runs $204.99 shipped and the Ryzen 5 3600 is $174.99 shipped. We went with the ASUS TUF Gaming X570-Plus (Wi-Fi) motherboard ($179.99 shipped) and the ASUS ROG STRIX Gaming Radeon RX 5600 XT graphics card ($339.99 shipped). DRAM needs are fulfilled by a 16GB DDR4-3600 kit of Corsair Dominator Platinum RGB memory ($159.99 shipped) and a Corsair RM750 power supply ($119.99 shipped) powers the system. All that was placed into the Corsair iCUE 465X RGB Black case ($129.99 shipped) without issue. We went with the compact Corsair K63 mechanical keyboard ($73.99 shipped) to keep the lab bench as open as possible and the M65 RGB Elite gaming mouse ($39.99 shipped).

The readout on CrystalDiskInfo 8.8.9 shows that the Silicon Power US70 1TB drive supports S.M.A.R.T., TRIM, VolatileWriteCache and the NVM Express 1.3 feature set. Our drive was tested with firmware version EGFM13.0 installed. 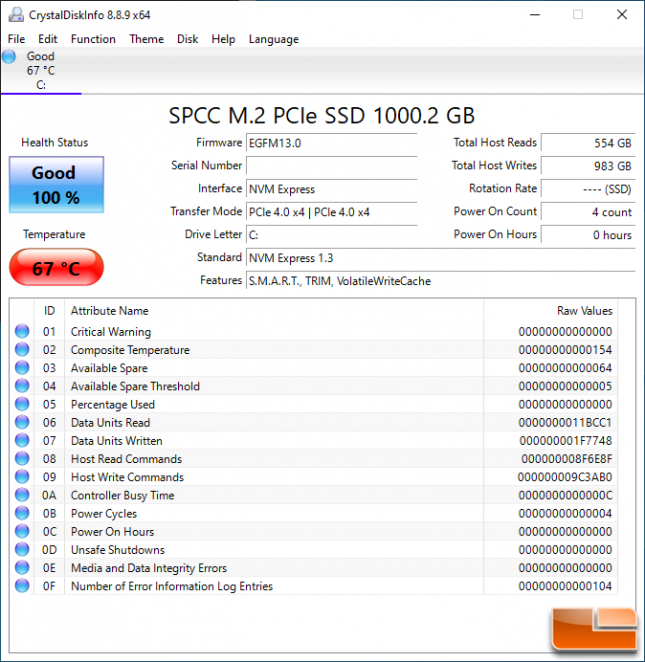