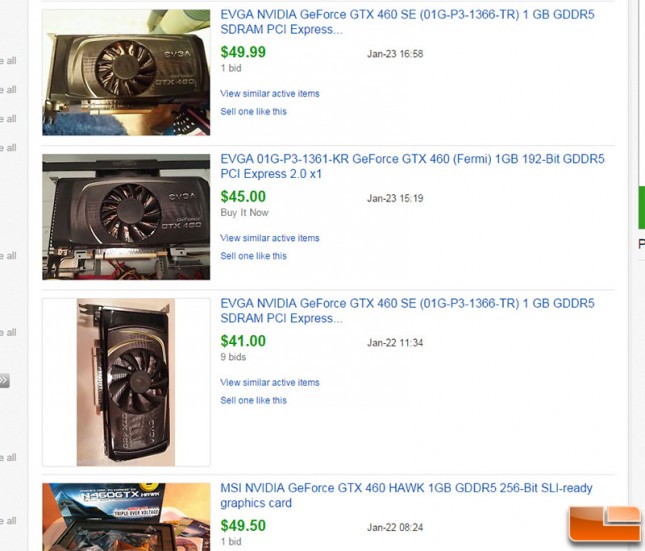 After the GeForce GTX 960 was released the resale value on the GeForce GTX 460 did drop a bit, but you can still get about $45 on average for a card. We highly suggest selling your card locally on Craigslist as you don’t have to subtract all the eBay and Paypal fees along with the shipping costs. The NVIDIA suggested price for the GeForce GTX 960 is $199 and the ASUS STRIX-GTX960-DC2OC that we looked at today retails for $209.99 shipped. The ASUS STRIX GTX 960 DirectCU II OC 2GB video card has all the features that gamers want and the case for spending an extra $10 on it is easily justifiable. If you can get $45 out of your old card that means you are looking at about $165 to step up to a GeForce GTX 960 card and more than double your FPS in the game titles you play. 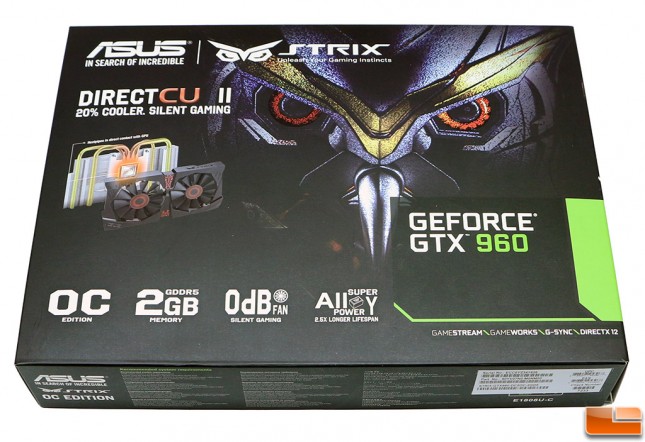 We saw between a significant 2.3x – 2.9x performance gains in the six game titles that we tested with FRAPS. Plus, besides just the performance boost, you get features like DirectX 12 support, VXGI for realistic lighting, support for smooth, tear-free NVIDIA G-SYNC monitor technology, and Dynamic Super Resolution for 4K-quality gaming on 1080P displays. NVIDIA claims 60% faster performance and twice the energy efficiency when you look at performance per Watt compared to previous models and they aren’t kidding! If you have an older video card like a GeForce GTX 460, now might be the time to sell it and move onto something like the GeForce GTX 960 if you game on a 1080P Full HD display! Legit Bottom Line: If you have a PC gaming with an older GPU inside and want to push it to the next level, the GeForce GTX 960 will certainly give you that extra horsepower and won’t break the bank. 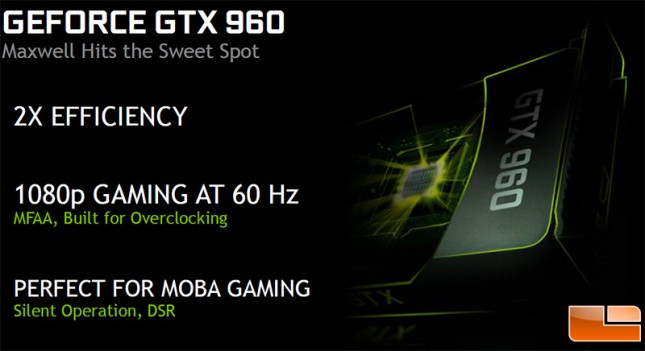