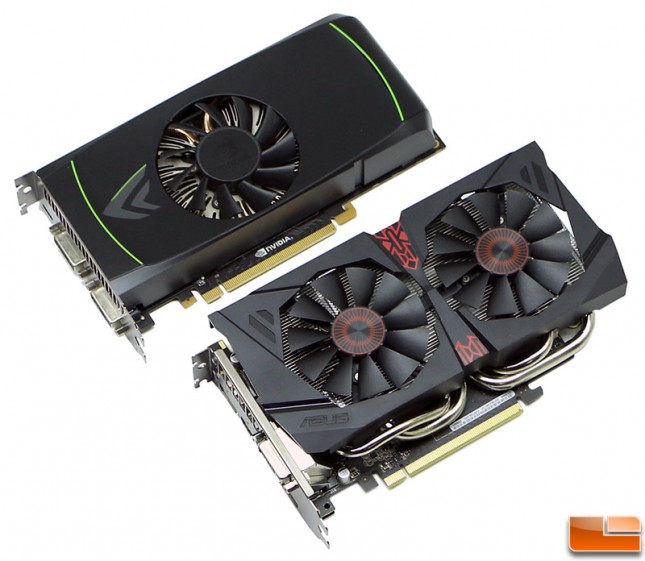 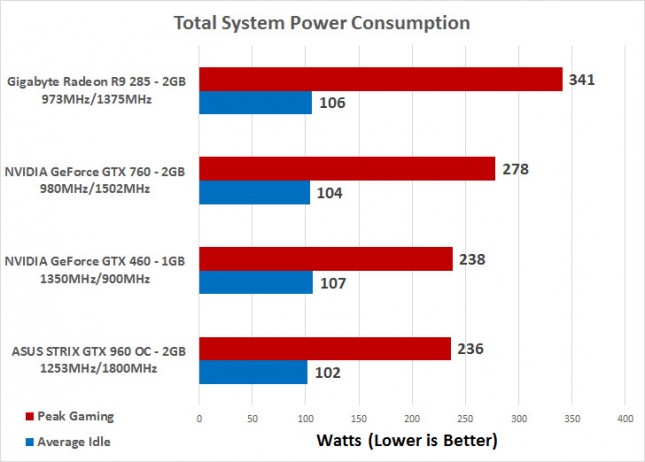 Power Consumption Results: We were actually very surprised to see that the GeForce GTX 460 did so well with regards to power consumption. The GTX 460 1GB reference card only used 2-5W more power than the ASUS STRIX GTX 960 DirectCU II OC 2GB video when it came to peak values. NVIDIA hasn’t really dropped the minimum and maximum power draws that much on their ‘sweet spot’ card by that much over five years, but the performance versus Watts has greatly improved.