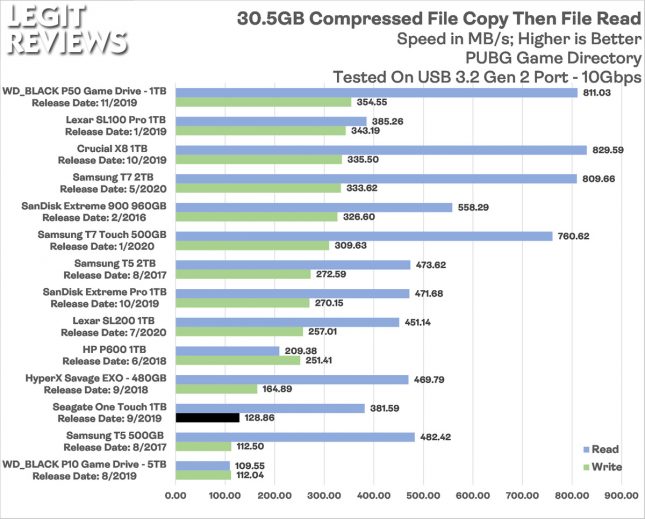 Benchmark Results: The Seagate One Touch 1TB finished with an average write speed of 381.59 MB/s write and 128.86 MB/s read on this custom read/write test that we created on our own.  Moving around large movies and files is something pretty common, so this is one of our favorite benchmarks. 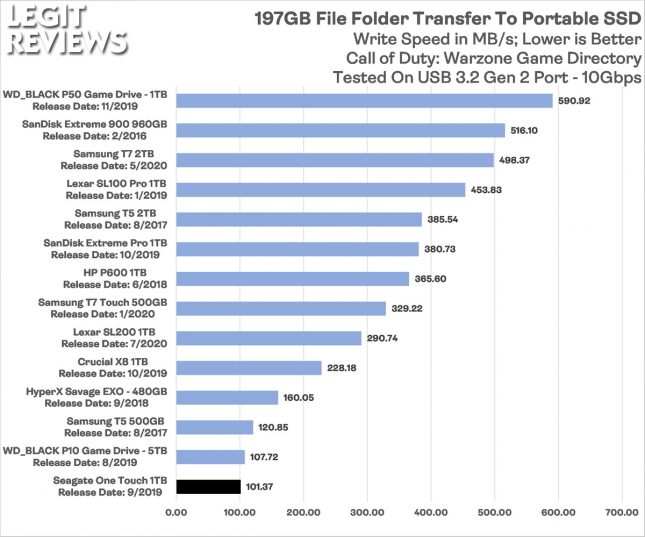 Our hardest test is to copy the entire the Call of Duty: Warzone game directory and then move it to the portable SSD. This file is just shy of 200GB in size and really hammers the portable SSD being tested as it is one long sustained write operation. Here the Seagate One Touch 1TB drive appears to get hammered and the average write speed ended up being 101.37 MB/s. This is actually slower than the WD_Black P10 Game Drive 5TB that uses a rotational hard drive as its storage media. This is the first time an Solid-State Drive has finished behind a hard drive on our test platform. The Seagate One Touch is good for light to moderate usage, but if you are moving around very large files like this it is not going to be the best solution for your needs. 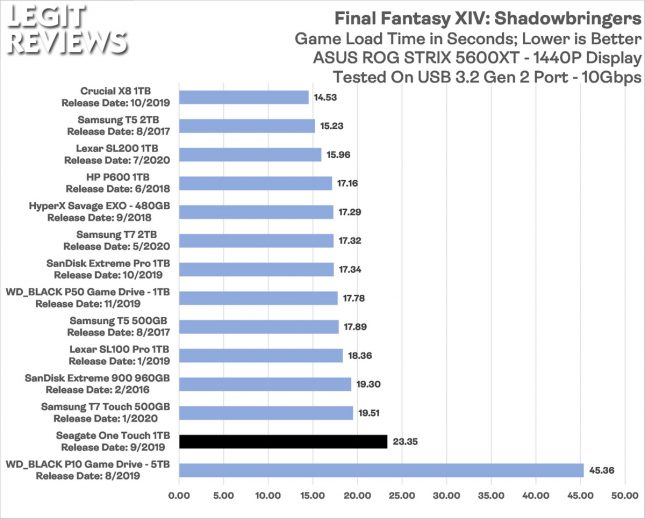 Benchmark Results: When it comes to game load times the Seagate One Touch 1TB drive finished with an average load time of 23.35 seconds. This might be the slowest of any portable SSDs that we tested, but it is still nearly twice as fast as the WD_Black P10 Game Drive 5TB HDD. You can’t beat an SSD for game load times as hard drives no longer stand a chance.