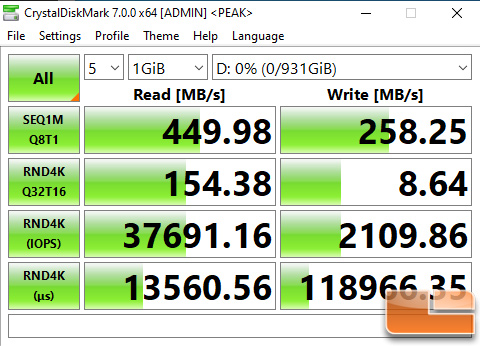 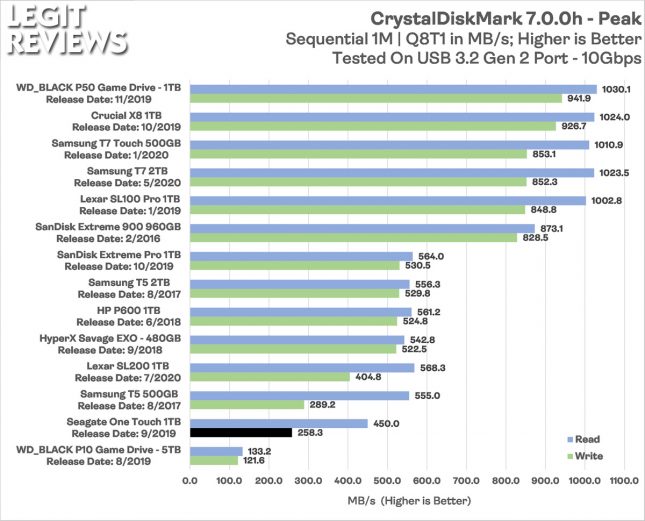 Benchmark Results: When compared to other portable USB drives the Seagate One Touch 1TB comes in with the lowest speeds of any recent portable SSD that we have tested. 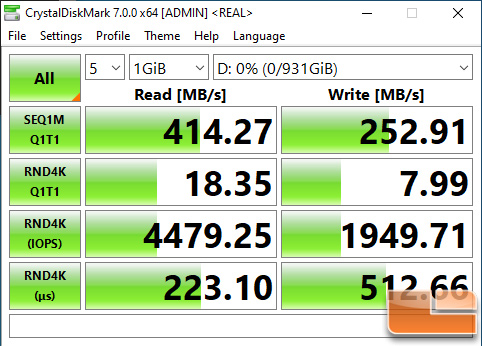 Benchmark Results: With the queue depth lowered to just one the performance dropped down to 414.27 MB/s read and 252.91 MB/s write. This is is a bit more realistic than testing a portable drive at a queue depth of 8. 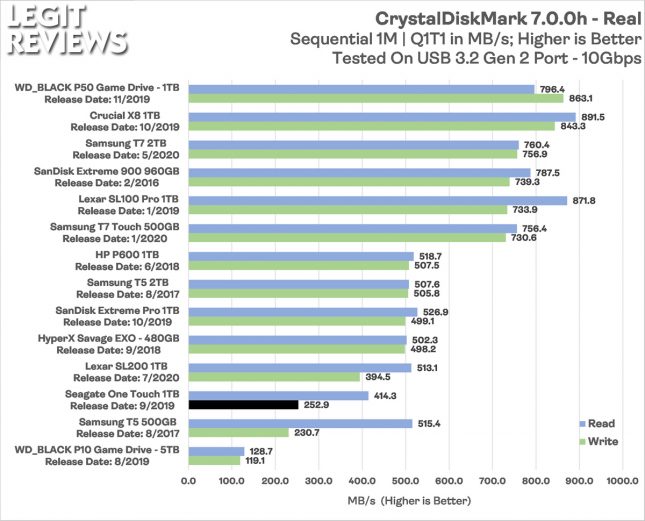 Benchmark Results: The Seagate One Touch 1TB  actually moved up one spot on this benchmark scenario as we sorted by write speed performance and it did better than the Samsung T5 500GB drive from 2017. 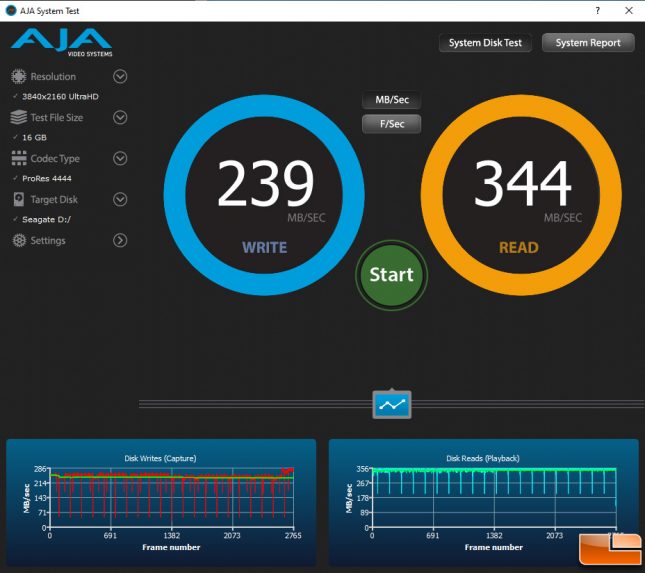 Benchmark Results: The AJA System Test results had the Seagate One Touch 1TB drive topping out at 344 MB/s read and 239 MB/s write. The write disk performance pattern showed that write performance dipping below 70 MB/s during the long sustained write test, so the direct to NAND write speed is fairly low on this drive. 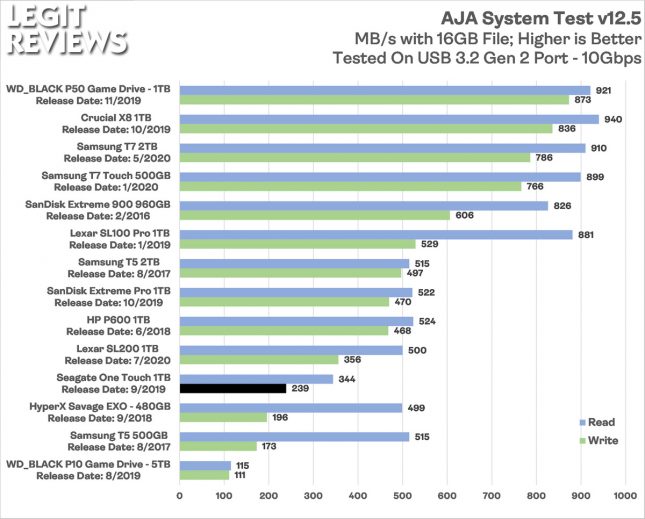 Benchmark Results: The One Touch 1TB drive managed to perform better than the HyperX Savage EXO 480GB and Samsung T5 500GB drives on this test. 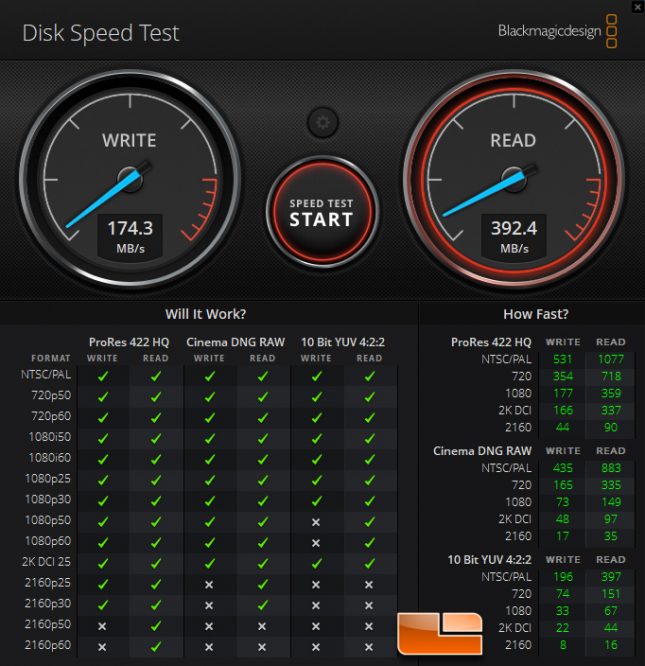 Benchmark Results: The Seagate One Touch 1TB portable SSD topped out at around 392 MB/s read and 174 MB/s write on the Disk Speed Test by Blackmagic. The results show that most 720P and 1080P video content should be able to b e worked with on the One Touch. Moving up to 4K 60FPS proved to be too much for this drive in the Apple ProRes 422 HQ, Cinema DNG RAW and 10-bit YUV 4:2:2 video tests.