Seagate announced the One Touch SSD portable drive near the end of 2019 for todays on-the-go lifestyle where many of us need to take our photos, videos and personal data with us. Seagate came up with a pretty sick design for this portable SSD as one side is wrapped in either white or black woven fabric. If gives a personal touch as well as adding a nice textured feel that is very different from other drives that feature plastic or aluminum housings. The Seagate One Touch SSD was also designed to perform with transfer speeds up to 400MB/s to ensure file transfers and backups are completed in a timely manner over the USB 3.0 interface. 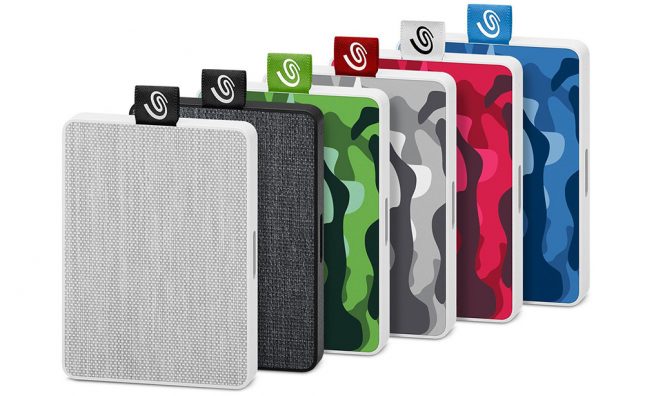 The One Touch SSD is available in 500GB and 1TB capacities in your choice of either black or white fabric coverings. If those colors aren’t for you, the One Touch SSD Special Edition drives are available clad in camo or with artwork by none other than Salt Lake City, Utah based freelance artist Sam Larson. Seagate really went out and tried to make a portable SSD that feels a little more personalized than ever before. All are backed by a 3-year warranty, which is what we would consider the de facto standard for mainstream SATA-based portable SSDs. 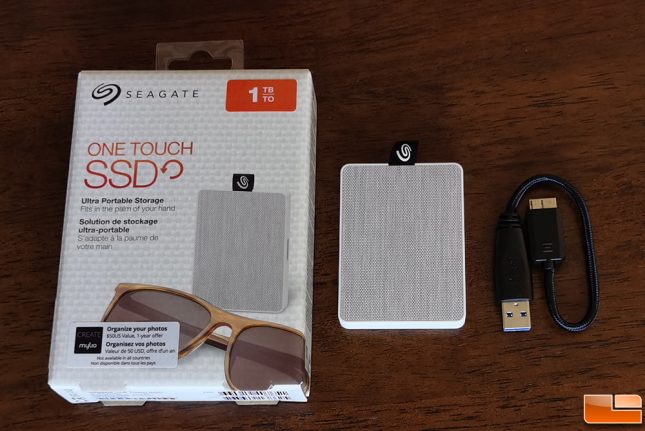 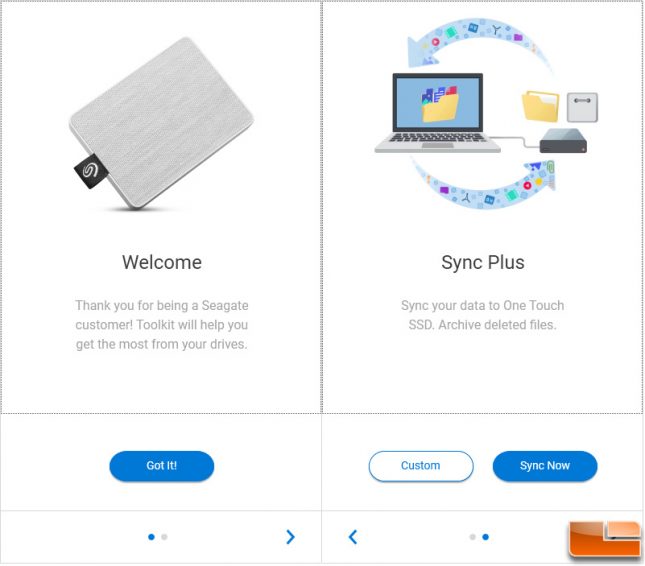 On the drive itself you’ll find Seagate the registration software, but you can go to the support page and download the ‘Toolkit Support’ app. This app is the backup software with Sync Plus and will allow you to automatically back up all your important files from your PC to the portable SSD. Your purchase also gets you a one-year Mylio Create plan and a two-month Adobe Creative Cloud Photography plan. The free 1-year Mylio Create Plan is a $50 value and includes automatic multi-device syncing for up to 50,000 photos, premium editing features, and cloud-free backup storage. The two-month Adobe Creative Cloud Photography plan is redeemable during product registration until January 31st, 2021 and is a $19.98 value. 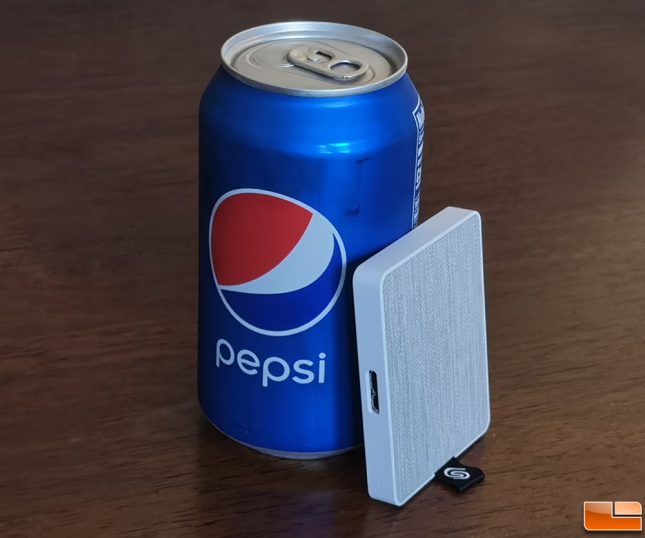 The Seagate One Touch SSD measures 75 mm x 55.5 mm x 10mm and our 1TB model weighed in at 48 Grams without the cable. To give you a better idea about the size of the drive we placed it next to an ice cold can of Pepsi! 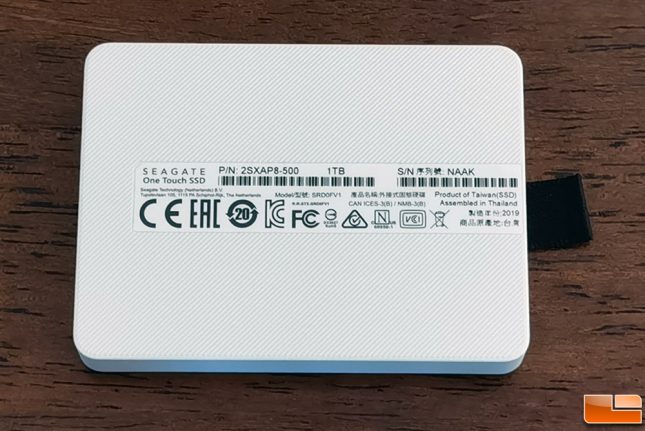 On the back of the ABS plastic enclosure you have the capacity, serial number, part number, place of manufacturer and the usual regulatory markings. There isn’t an easy way to get this drive open, but inside you’ll find a JMicron JMS578 USB 3.1 Gen1 to SATA 6Gbps bridge chip and an SSD powered by a Phison S10 controller paired with KIOXIA BiCS3 64-Layer 3D TLC NAND Flash. 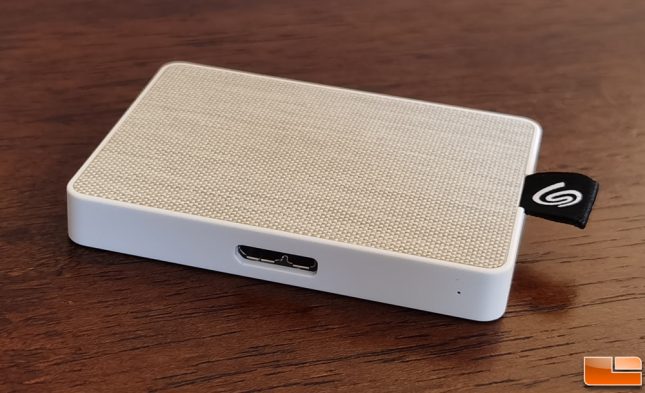 Seagate went with the USB Micro B connector for the One Touch SSD, which was likely only done for cost savings. It would have been great to see Seagate use a USB Type-C connector as Micro B is seldom used these days. Off to the right of the USB connector there is a white LED power/activity light near the corner of the enclosure. The black cloth loop at the end of the drive can be used to connect the drive to a carabiner or something along those lines. The One Touch SSD is formatted using the exFAT file system and should be ready to be used as soon as you open the box.