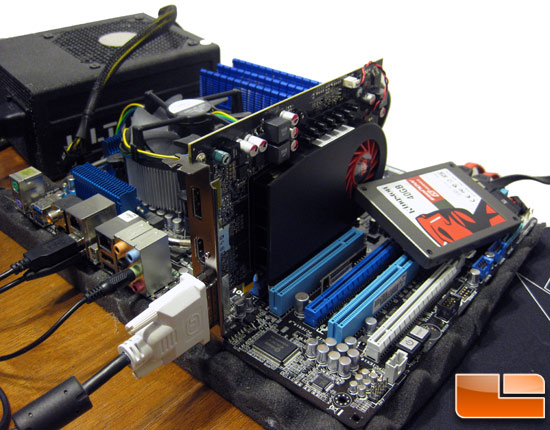 Before we look at the numbers, here is a brief glance at the test system that was used. All testing was done on a fresh install of Windows 7 Ultimate 64-bit. All benchmarks were completed on the desktop with no other software programs running. The Intel Core i7 test system was run in triple-channel memory mode at 1600MHz with 8-8-8-24 memory timings. The ASUS P6X58D Premium motherboard was run using all the latest drives and BIOS 0702. The ASUS P6X58D Premium motherboard uses the Intel ICH10R south bridge chipset, which we used to run our ‘boot drive’.  The boot drive used in our test system was an Intel X25-V 40GB model with TRIM enabled. We then used the Marvell 9123 PCIe SATA 6Gbps controller that is on the motherboard to test the SSDs that are used in the benchmark charts. All of the SSDs were tested in a fresh out of the box (FOB) state and had the latest firmware installed on them when testing was done. 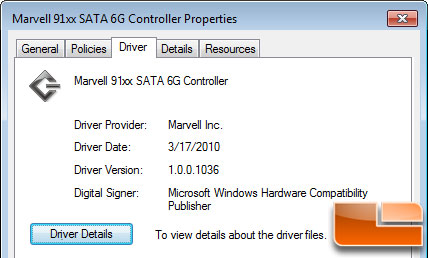 SSDs and HDDs Included in the Benchmarking: 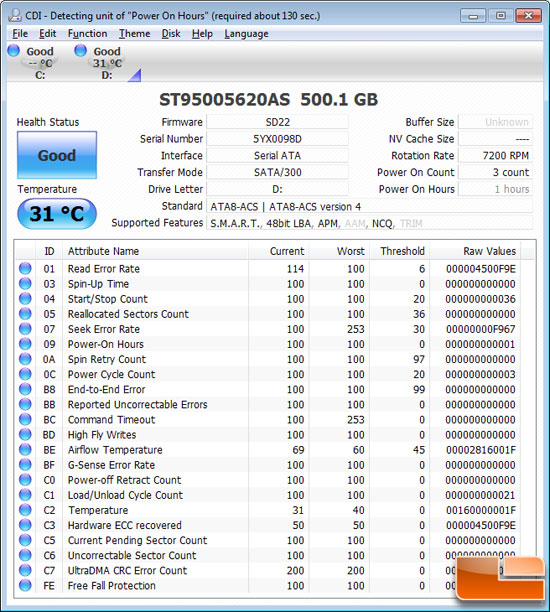 Seagate included a reviewers guide of this drive and we wanted to share this part with you as it explains why you wont see performance improvements in some of the benchmarks that we are about to show you.

The Momentus XT Adaptive Memory technology relies on identification of usage patterns. Therefore, to
get an accurate representation of the performance it is important to repeat the benchmark at least three
times and look at the scores from the last run.

Many traditional HDD benchmarks, as oppose to those listed above (PCMark Vantage and SYSmark 07), utilize low level HDD commands to
analyze ‘raw’ read/write performance of the drive under various conditions. These synthetic benchmarks,
however, are not a good measure of the actual performance benefit that an end-user will experience. This
is because the storage unit many times is not the bottleneck in real user experience. Long sustained
transfer rates do not impact the end user as much as short bursts of data transfer. How the performance
of the storage unit interacts with the host system is a complicated relationship that can only be
satisfactorily measured using scripting benchmarks that mimic end-user activity and take into account
system/storage interaction. If the additional ‘raw’ performance came without a cost then the real world
benefit is inconsequential. However, if the additional performance comes at a cost it is important to
demonstrate the actual value proposition to the user.

The following programs are examples of benchmarks designed for measuring ‘raw’ read/write
performance of a drive. While they represent a drive ‘raw’ comparison there is not a direct correlation to
user benefit. Thus, they are not a good measure of the value of that ‘raw’ performance.

Let’s take a look at the benchmarks and see what the Momentus XT 500GB hybrid drive has to offer!