Inside The Momentus XT

Since we have never seen what components are being used inside a hybrid hard drive and solid-state drive,  we took off the PCB on the Seagate drives to see what the changes were. 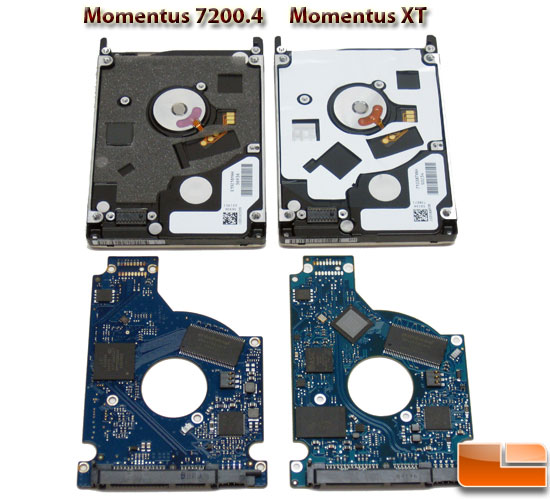 After removing the seven small Phillips head screws that hold down the Printed Circuit Boards (PCBs) to the hard drives we were able to take a look at the chips and see what makes the Momentus XT so special.  By just looking at the boards we can see both have the same basic design, but the Momentus XT has more to it since it has NAND Flash and an additional controller to control the NAND Flash. 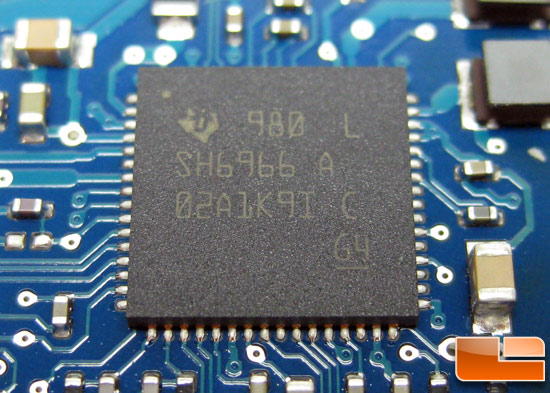 Both the Seagate Momentus 7200.4 and XT 500GB drives use the Texas Instruments SH6966 motor controller device, which is basically the servo and motor control chip. This is obviouslly required because both drives contain a 7200 RPM hard drive and something needs to control the motor! 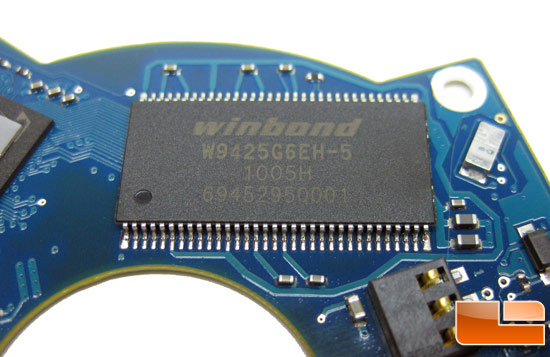 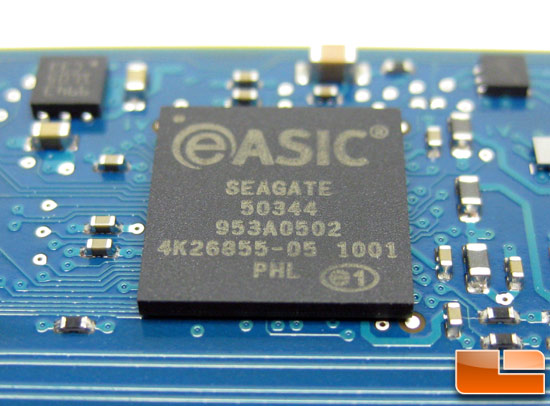 eASIC is a fabless semiconductor company that offers ASIC devices for customized silicon devices. The eASIC controller on this drive is one that we have never seen before and since it has Seagate etched onto it we are guessing that it is a custom solution for the Momentus XT Hybrid drives. Seagate told us that this is the low-level controller for the drives single SLC NAND Flash chip. 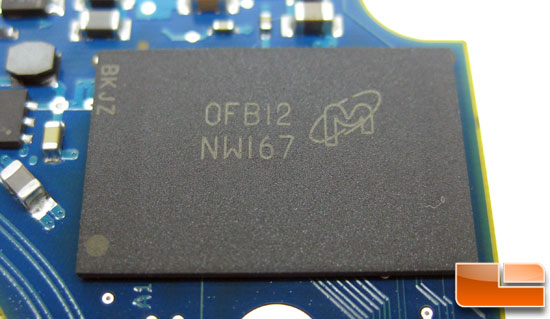 You might be curious if Seagate is doing any wear-leveling on this Micron SLC NAND Flash chip and we were told that they are not. In fact here is what their engineer had to say when we asked them about over-provisioning.

“Unlike SSDs the Solid State Hybrid while using all of the 4GB, it does not have to. Since we do not use the Flash as primary storage, but instead are using it as a temporary cache, then as blocks wear out we just use fewer blocks for the caching. We are able to achieve our performance for most users without using all of the 4GB, but we will evenly use all of the Flash as we move data in and out. With all of that said, since wear out of the Flash occurs with writing to the Flash the Solid State Hybrid does not wear as much as a SSD because most of the write data goes to disc first and we only move data that is read frequently to the Flash. This reduces the number of writes to the Flash. And one final note, an SSD will have write amplification due to background ‘garbage collection’ of partially used blocks. This is necessary on the SSD to retain the write performance by maintaining a certain amount of erased blocks. Because the Solid State Hybrid also has the resources of a disc our Flash file system has very little write amplification.” Seagate Engineering 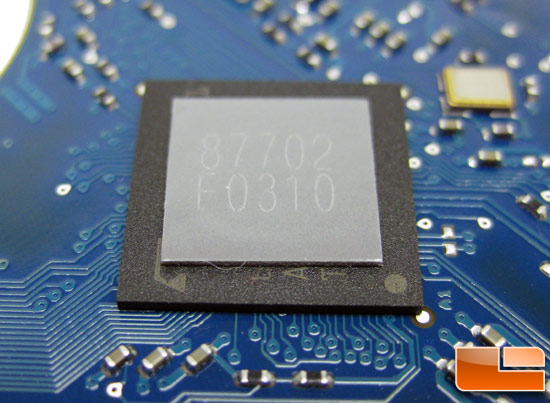 This chip is the Seagate Momentus XT’s overall controller that handles the SATA interface, read channel and bufffer manager. We didn’t have any replacement thermal pads here, so we left the thermal pad intact as it didn’t want to come off. Notice that it has numbers laser etched into the thermal pad itself.