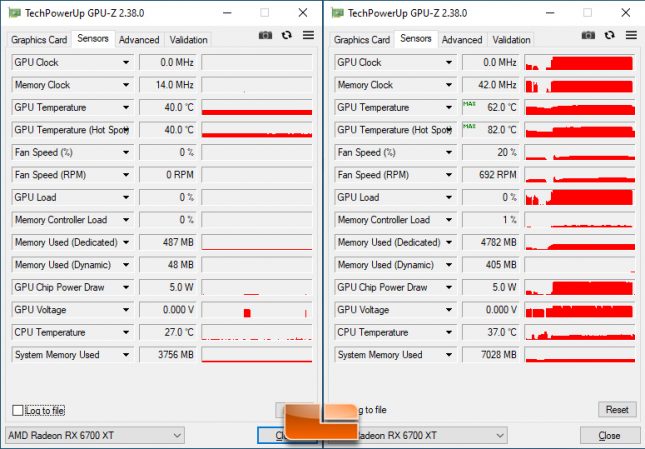 At idle on our open air test bench we were sitting at 40C for the GPU and GPU hotspot temperatures with no fan noise. After playing PUBG for over an hour at 1440P we found that the temperatures topped out at 62C on the GPU temperature sensor and 82C on the GPU hot spot. 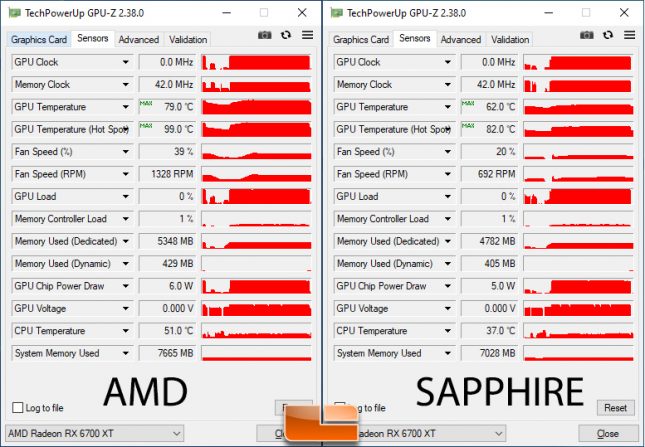 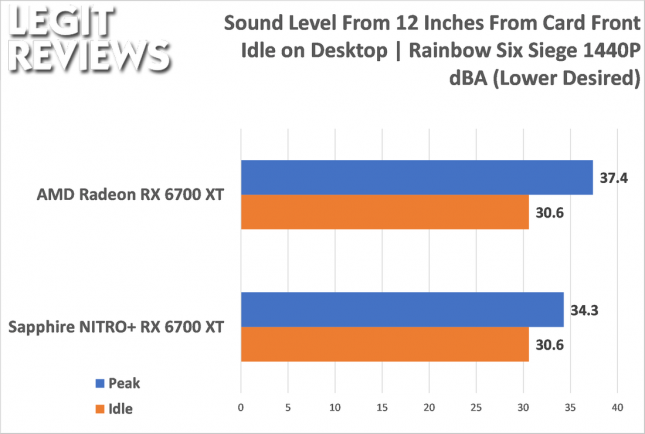 The Sapphire NITRO+ RX 6700 XT was significantly quieter than the AMD Radeon RX 6700 XT reference card. Our sound meter found it was 3.1 dBA quieter while gaming once the fans were ramped up to operational speed. 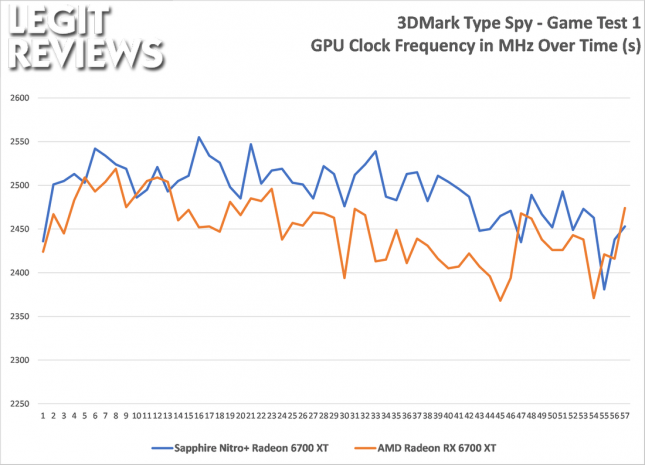 When we looked at our clock frequency logs we noticed that the Sapphire NITRO+ Radeon RX 6700 XT was operating at higher clock speeds than the 6700 XT reference card. In 3DMark Time Spy the Nitro+ averaged 2494 MHz for the duration of game test 1 whereas the 6700 XT reference card averaged 2450 MHz. This is about a 45 MHz advantage for the NITRO+ model. Not bad considering the boost clock is 41 MHz higher on the NITRO+ 6700XT. 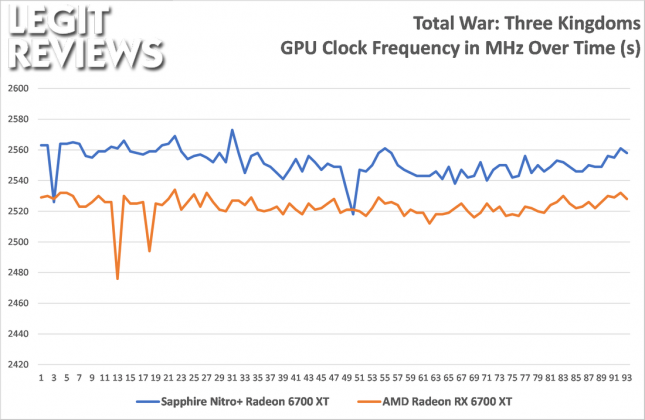 This clock frequency difference was also seen on game titles. An example of this would be the the NITRO+ 6700 XT card averaging 2551 MHz versus 2522 MHz on the 6700 XT reference card in Total War: Three Kingdoms. This 29 MHz improvement in GPU core clock over time is why the NITRO+ version is able to get higher scores. 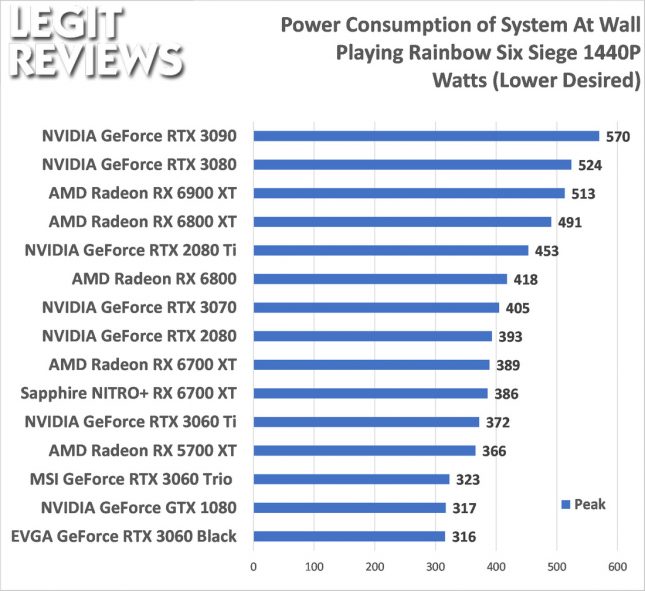 Power consumption on the AMD Radeon RX 6700 XT peaked at 389 Watts and we peaked at 386 Watts on the Sapphire NITRO+ Radeon RX 6700 XT. There is no significant power consumption difference between the two models. This test was perfumed while running Rainbow Six Siege at 1440P and the power load at the wall was recorded by a Kill-A-Watt power meter.