The Intel Z490 platform that we used to test all of the video cards was running the ASUS ROG Maximus XII Hero Z490 Gaming Motherboard with BIOS 1003 that came out in November 30th, 2020. We went with the Intel Core i9-10900K 10-core, 20-thread processor and left it at stock speeds. The HyperX DDR4 memory kit we used was a 32GB kit (2x16GB) and it is rated at 3600MHz and it was run at XMP settings. The Samsung SSD 970 EVO 2TB M.2 PCIe NVMe SSD was run with latest firmware available. A Corsair RM1000x power supply provides clean power to the system and is also silent as the fan hardly ever spins up. This platform supports the Re-Size BAR Support option, but we left it at the default setting of disabled. 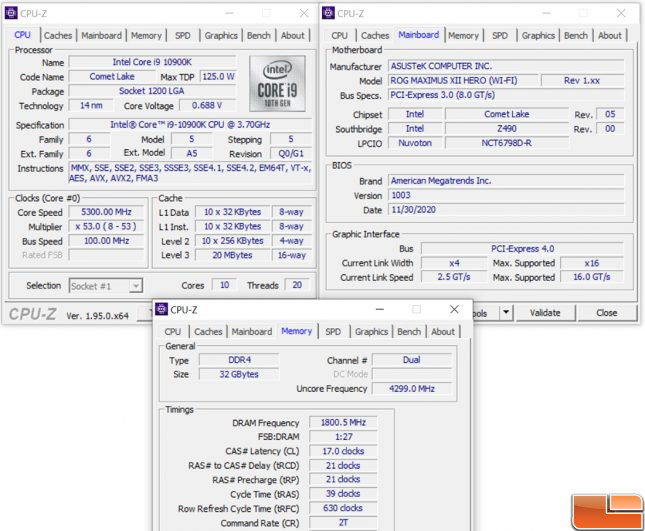 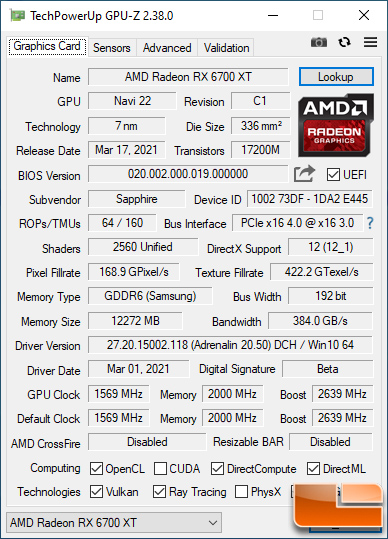