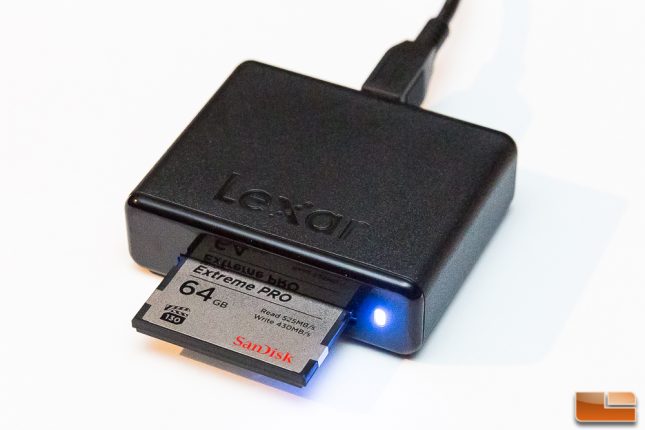 Before we get to our world tests, lets take a closer look at how the SanDisk Extreme Pro CFast 2.0 card does with our suite of benchmarking tools. For our test, we used thr Lexar Professional CR1 CFast 2.0 USB 3.0 Reader (Part #LRWCR1TBNA) that is designed specifically for CFast and CFast 2.0 cards. This reader runs $36.95 shipped and supports todays latest card formatsSDHC/SDXC UHS I and UHS-II, CompactFlash UDMA 7, XQD 2.0, CFast and CFast 2.0. When it comes to performance the Lexar CR1 supports data transfer speeds up to 500MB/s (taking into account some system overhead), similar to other USB 3.0 readers (USB 3.0 theoretical max being 625MB/s). It is true that depending on the system configuration and CFast 2.0 cards speed the actual transfer performance could vary from card to card using the same reader. So, keeping that in mind let’s see what this card can do on our Intel Core i7 powered desktop PC! 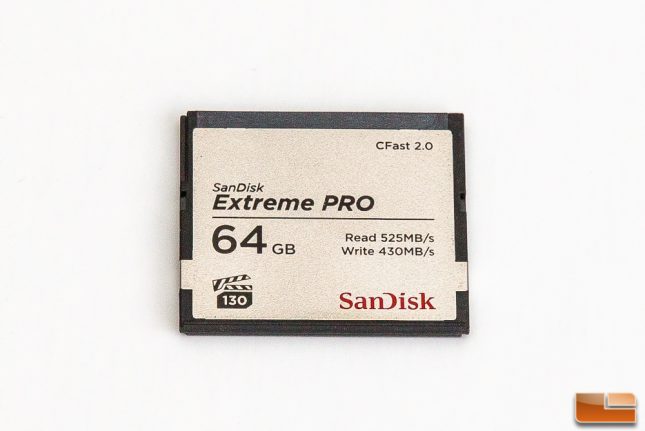 First up is one of our favorite tools to use here at Legit Reviews, ATTO, which is one of the oldest drive benchmarks and very relevant in the solid state storage world. ATTO measures transfers across a specific volume length. It measures raw transfer rates for both reads and writes and places the data into graphs that can be very easily interpreted. The test was run with the default runs of 0.5KB through 64MB transfer sizes with the total length being 256MB. 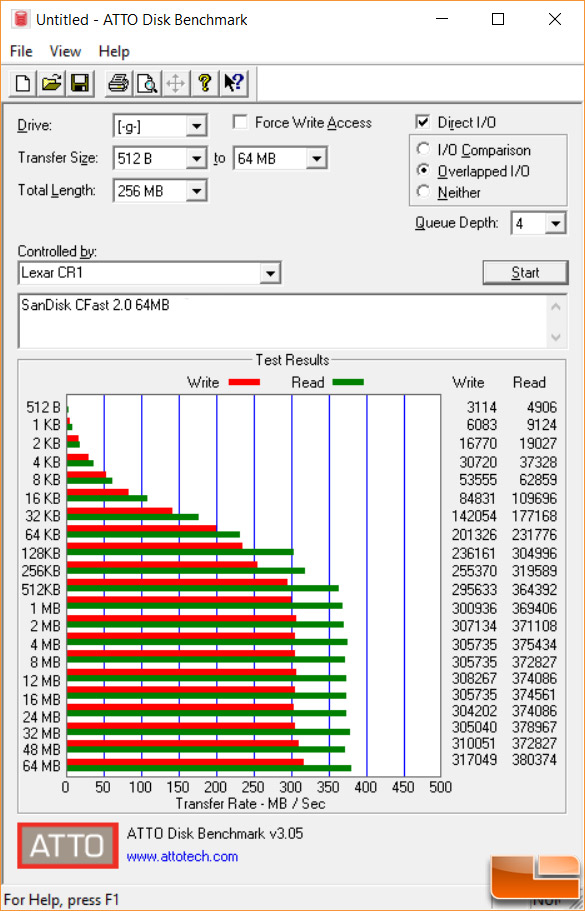 Benchmark Results: We ran our test a number of times on a few different machines since the measured speed for both read and write were slower than what we had expected from advertised speeds. Ultimately, we published the fastest speeds that we measured on the SanDisk Extreme CFast 2.0 card: Read at 380MB/s and Write at 317MB/s. This is a 27.6% and 26.3% hit from the advertised speeds respectively for Read/Write speeds. While these speeds arent pedestrian, they are slower than what we expected from this $200 card. 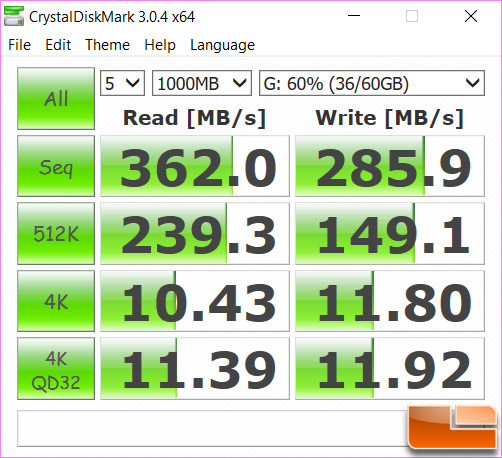 Benchmark Results: Our first measurement results of the SanDisk are somewhat confirmed as we look at our CDM results. Here, we measure Read speeds of 362MB/s and Write speeds of 286 MB/s. Again, these are under the well under the advertised speeds of the CFast 2.0 card.

Let’s take a look at real world use and wrap this up!