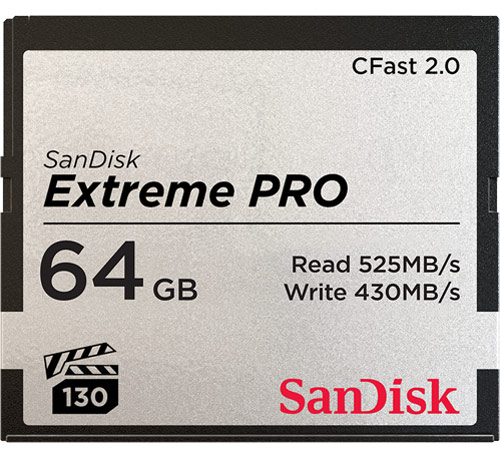 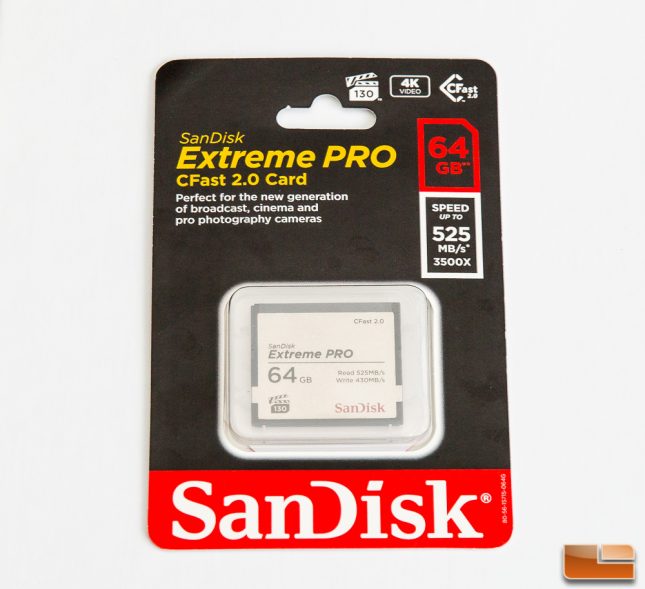 When SanDisk Corporation originally announced their CFast 2.0 spec card in 2012, they followed closely the framework that the CompactFlash Association developed. At this time, this newly specified card was touted as the memory of choice for the next-generation of photo and video applications which delivered up to four times the speed and performance over the standard CompactFlash cards used for DSLR cameras and imaging devices.

Today, SanDisk has launched their latest CFast 2.0 card, the SanDisk Extreme PRO to give professional videographers and photographers the ability to squeeze out the best performance from their camera equipment. The SanDisk Extreme PRO is designed to have write speeds up to 450 MB/s and read speeds up to 525 MB/s. These speeds allow a user to capture multiple frames per second in a burst photography mode and it also lets your capture uninterrupted cinema-quality 4K video guaranteeing sustained write speeds of 130 MB/s allowing it to be the perfect complement to todays latest video cameras. 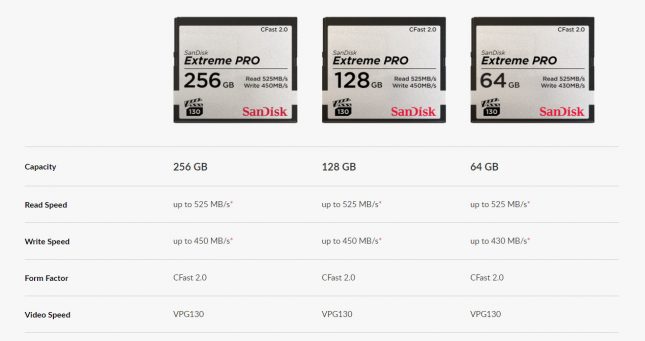 Let’s get straight to testing!