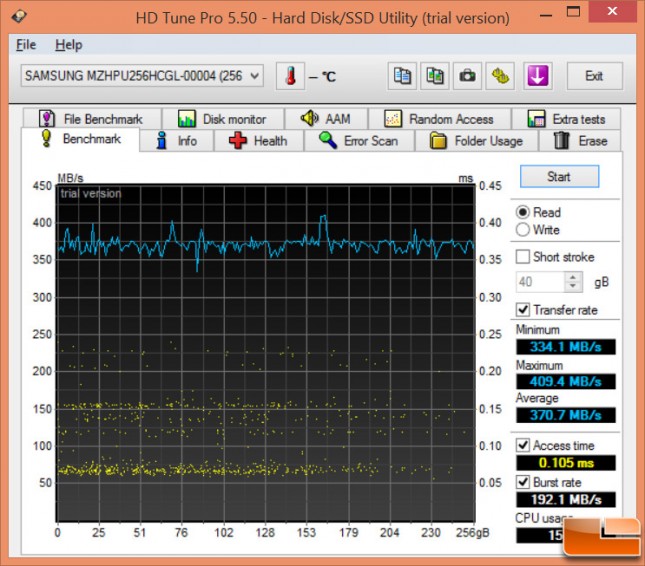 Benchmark Results: HD Tune showed 370.7 MB/s read and with a burst rate of just 192.1 MB/s, so it appears that this benchmark isn’t working properly with this PCIe device or something. 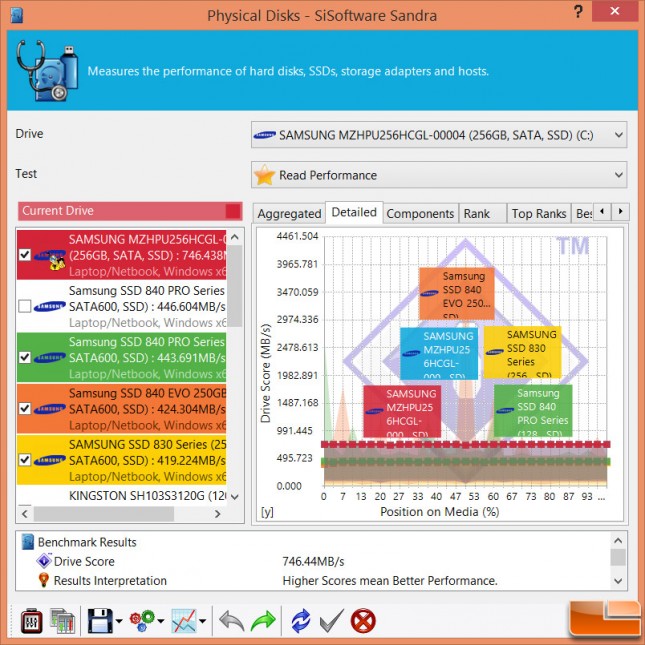 Benchmark Results: Sandra’s Physical Disk benchmark showed that we had a average read score of 746.44 MB/s. The performance was the same across the Solid-State Drive, which is expected. This was the primary drive in the notebook that we were testing it in, so we were unable to perform any write tests since there were partitions on the drive.