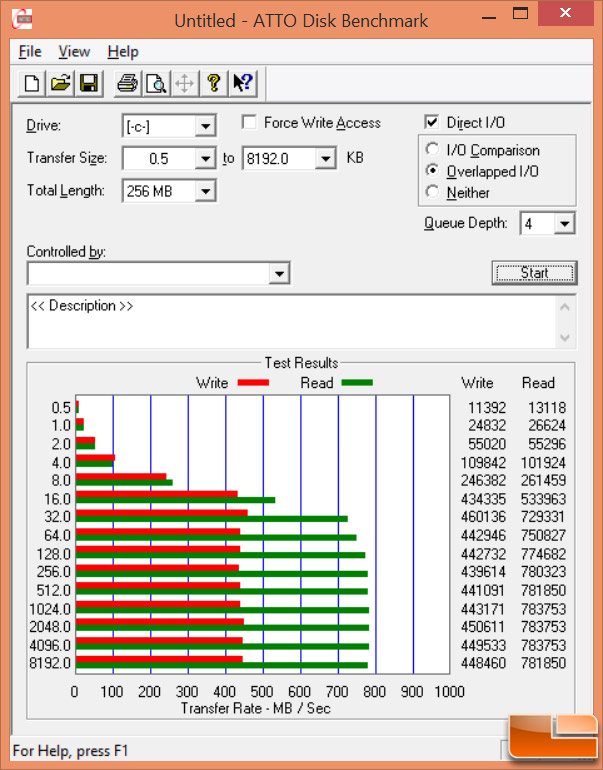 Benchmark Results: ATTO shows that the SAMSUNG XP941 256GB M.2 SSD has some very impressive performance numbers for a used primary drive, it was able to hit 784MB/s read and 460MB/s write! These are a bit off from the 1080MB/s read and 800MB/s write speeds advertised by Samsung, but these are real world results! 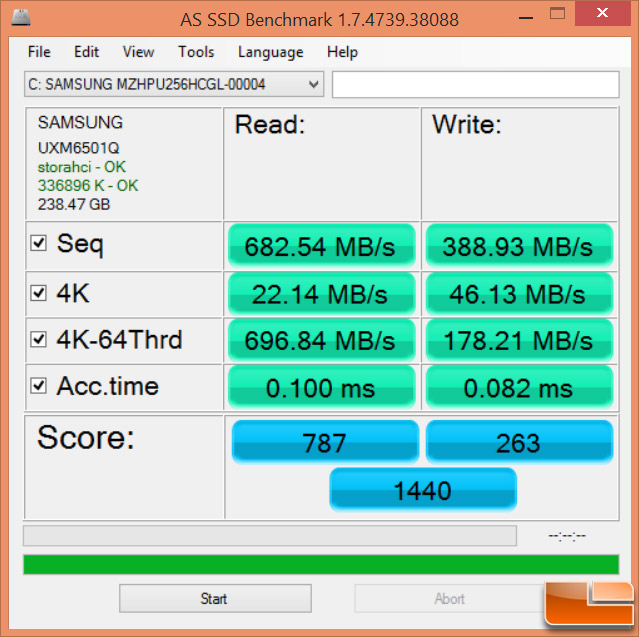 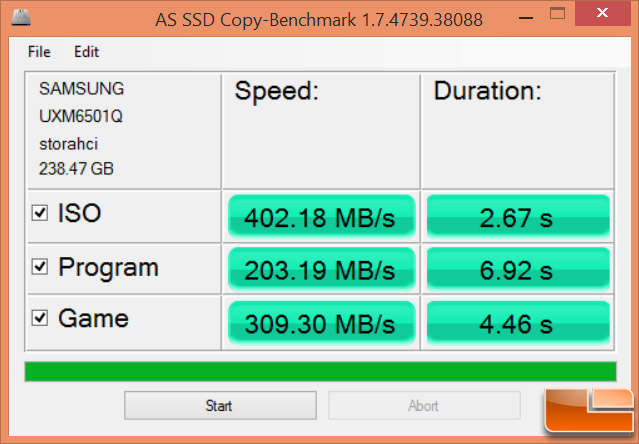 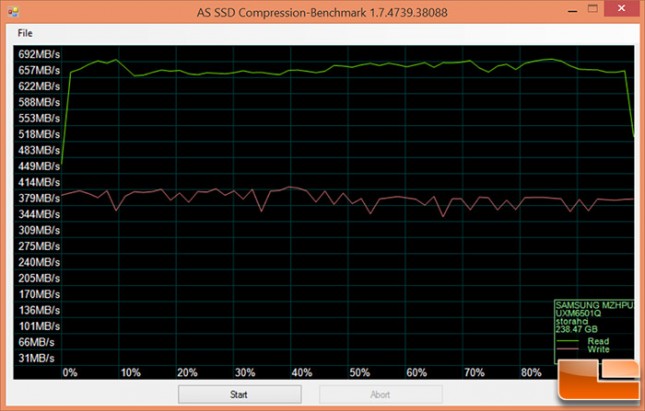 Benchmark Results: The compression benchmark performance of the Samsung XP941 M.2 256GB SSD was pretty consistent along the entire test, there’s going to be some slight variations but nothing that we saw should give any reason for concerns.