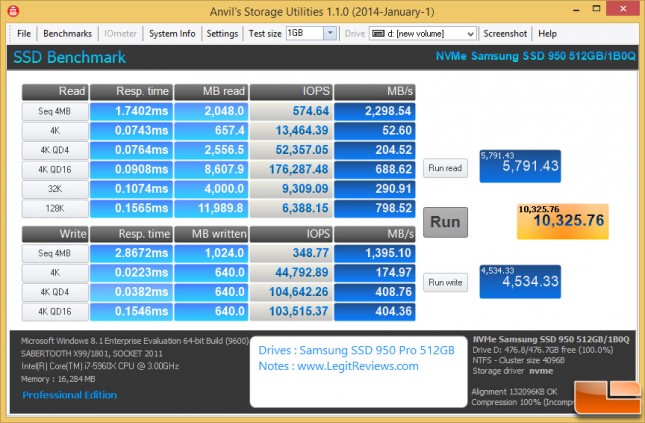 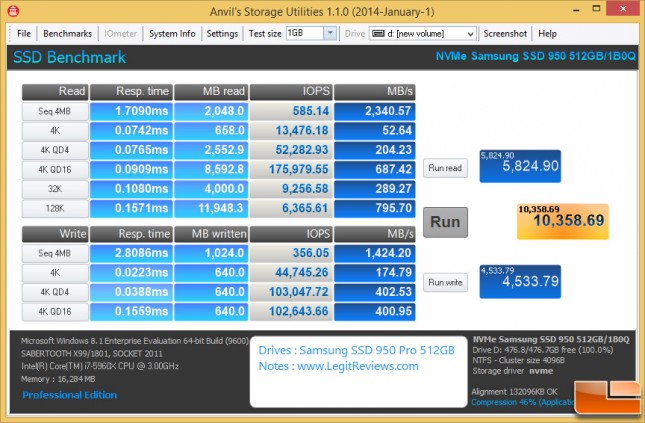 Benchmark Results: We also ran the benchmark with the Applications test setting of 46% compression and found nearly identical performance results with an overall score of 10,358.69.