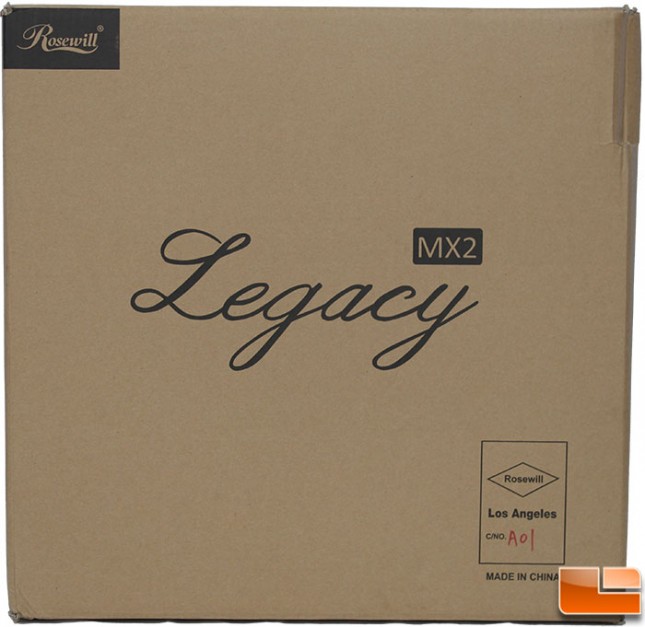 Rosewill does what it can to keep prices low, the Legacy MX2-B is packaged in a plain cardboard box which doesn’t give any details what is inside the box; of course that’s not a big deal as these will mostly be ordered over the internet.  Keeping it simple, the front and back are identical.  In the upper right corner, a little damage to the box happened in shipping. 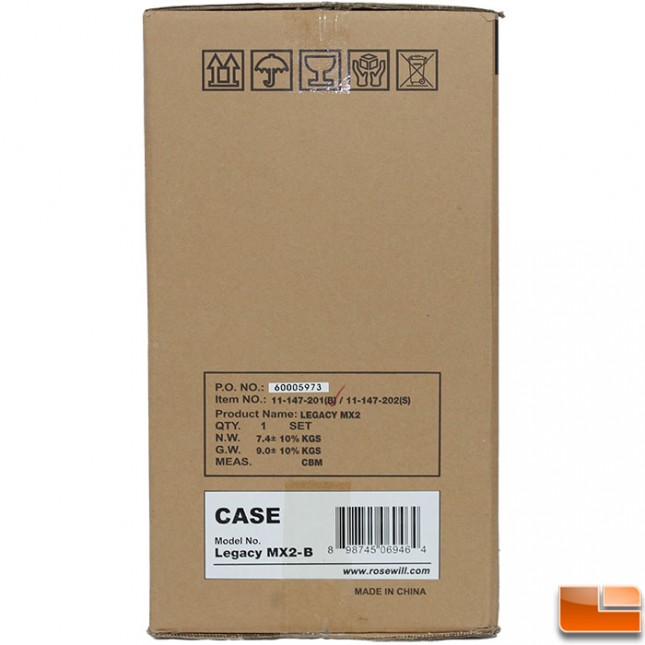 As with the front and back being identical, the two sides are identical.  Here some identification information is displayed such as the model name (Legacy MX2-B), and weight; very little information is provided on the box. 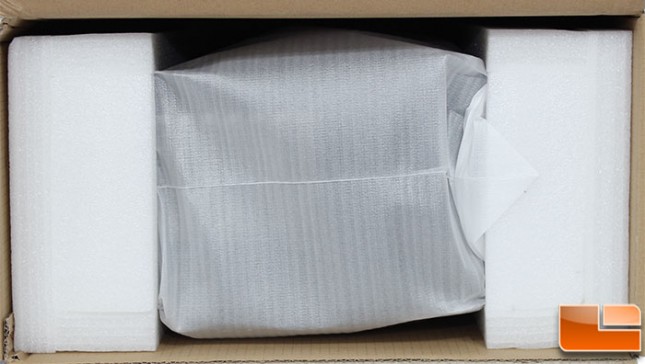 Inside the box, Rosewill has packed the Legacy MX2-B in pretty standard packing for a case.  The case itself, is in a soft foam bag, which is then surrounded on two sides by plastic foam blocks. 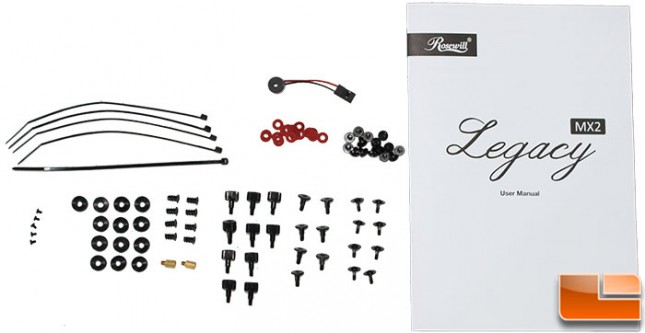