In the recent months, Roccat has added a new line of keyboards featuring the Titan switch, designed from the ground up by Roccat themselves. These keyboards include the Vulcan 80, Vulcan 100 AIMO, and the Vulcan 120 AIMO. They do have a few common features, like the anodized aluminum plate, customizable per-key lighting, and Roccat Swarm software support. The Vulcan 80 does not include RGB capabilities and is the entry-level keyboard in this series. The Vulcan 120 AIMO is the top of the line keyboard in this series, featuring Roccat’s AIMO intelligent lighting system and a detachable wrist rest. In this review, we will be taking a look at the Vulcan 100 AIMO, which does not include the detachable wrist rest but does feature the AIMO lighting system.

The Titan switches are the selling point of the Vulcan series keyboards with their quick responsiveness and short actuation distance of just 1.8 mm. With a total travel distance of 3.6 mm and a tactile feedback similar to standard brown switches, we can expect quick key response times and great performance out of these switches. Priced at $136.98 shipped on Amazon, we will see how the Vulcan 100 AIMO with Titan switches stacks up with the competition.

Aside from the beaten-up box, the front of the box is rather simple with just an illustration of the product. More features and specifications are listed on the back of the box.

The Vulcan 100 AIMO looks very modern with its anodized aluminum plate. This reinforces the Vulcans structural integrity and protects it against wear and tear. Because of this, we should expect this keyboard to last a good long while.

There is nothing too much going on underneath the keyboard. What stands out the most to me are the rubberized feet towards the palm rest area. It spans across the entire keyboard, which is not something I would normally see in other gaming keyboard. This will provide a solid grip to the surface to prevent the keyboard from moving around.

Like most gaming keyboards, the Vulcan 100 AIMO provides secondary functions with its function keys. The F1-F4 keys are for changing between the four different profiles. 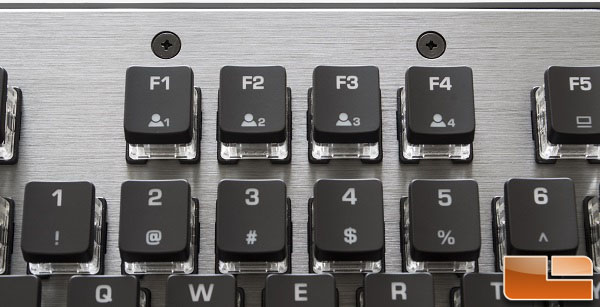 The F5-F6 keys are shortcuts to general Windows functions. These include file explorer, internet browser, mail, and calculator. 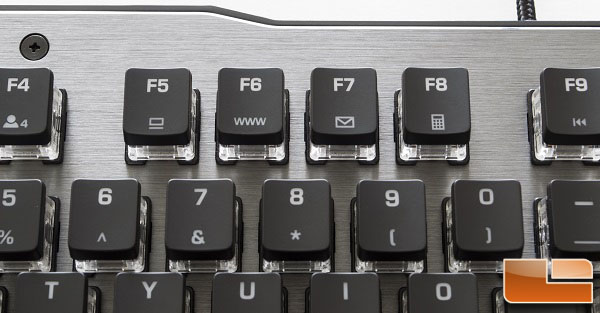 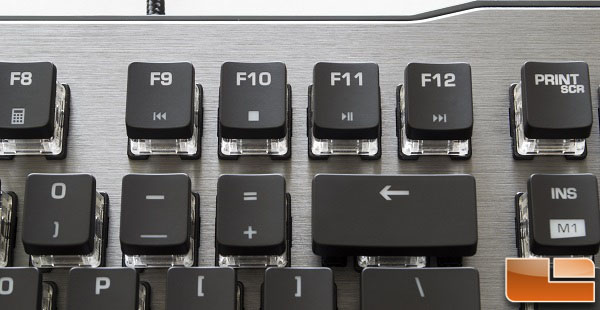 With Game Mode enabled, we can have access to six macro keys, which are located on the computer keys. In Game Mode, these buttons will become the primary function of the keys, meaning we will not have to press the Fn key to access the macro. There are also three additional buttons and a scroll wheel to adjust LED brightness and volume level. One is for volume mute, the other is for toggling brightness level adjustment, and the third is for toggling volume level adjustment. Using the scroll wheel, we can adjust LED brightness and volume levels. 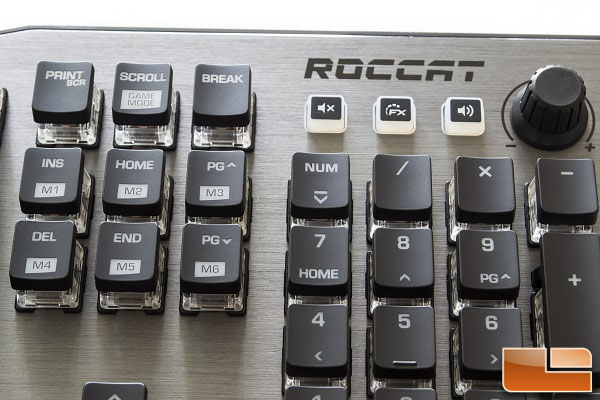 Let’s take a look at the Roccat Swarm software in the next section.