Looking at the PK2, PK3 TIM Up Close 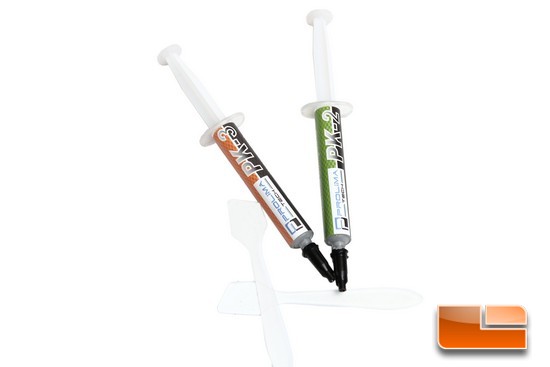 Prolimatech uses a syringe style of applicator to make ease of application as simple as possible, also Prolimatech color codes each type of thermal paste. Once again the orange colored syringe is the PK3 (left), The green colored syringe is the PK2 thermal compound. Prolimatech also includes into each packaging a spreader, this is used to evenly spread the thermal paste across the surface of our heat producing computer component (Ex. CPU). 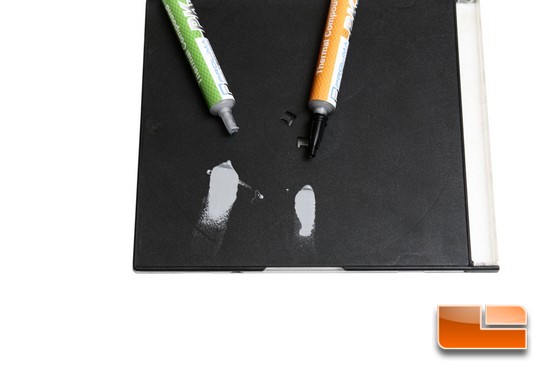 I wanted to know what the consistency of each thermal paste is prior to applying them to my computer. I ended up using the back side of a CD/DVD jewel case and then placed a small portion of each thermal paste onto it. I then used the spreader and smeared each one. From the looks of it, these two thermal paste/compounds have about the same even consistency to them, they do not appear to be too thick, nor do they appear to be too thin; which, should make applying both of these thermal paste/compounds onto various heat producing computer components easy. 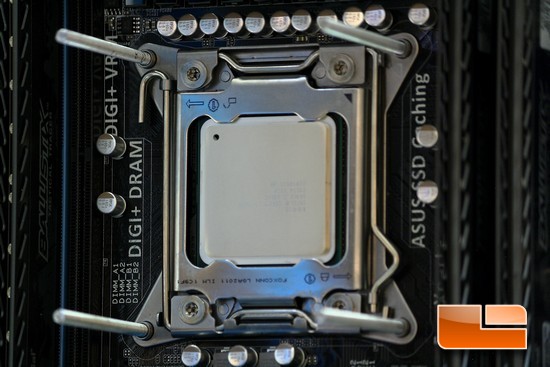 Now it is time to see how these two thermal pastes spread out once applied to the top of a CPU. The CPU pictured here, is an Intel Core i7 3820. Since both thermal pastes from Prolimatech have the same consistency, I will only be showing one application of the thermal paste onto the CPU, that thermal paste I chose was the PK2 thermal paste. 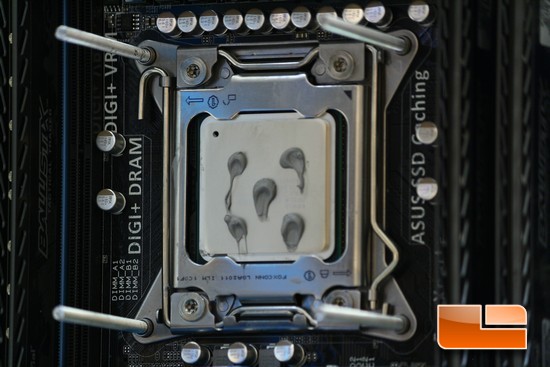 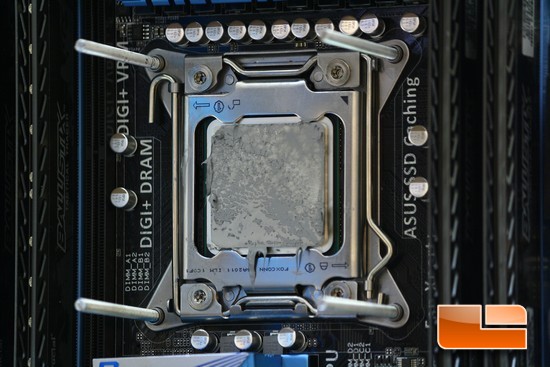 With just using the weight of my hand being pressed up against the CPU water block and then removing it, I can see that the Prolimatechs PK2, and PK3 thermal compounds spreads out quite evenly across the entire surface of the CPU.