To see the performance of the of the PQI 64GB SDXC Flash memory card, we will be comparing it to a SanDisk Extreme 30MB/s 32GB SDHC card and a Kingston 32GB Class 6 SDHC card. The SanDisk ImageMate Multi-Card USB 2.0 reader/writer was used for testing all of the SDHC/SDXC memory cards. 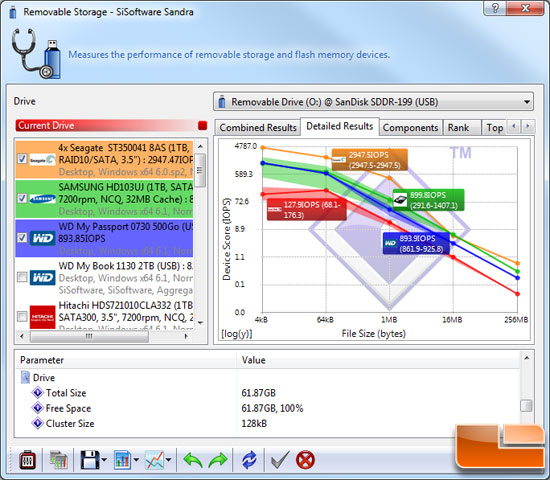 Using the Removable Storage Benchmark found in SiSoftware Sandra
2011 SP1 we were able to get a pretty good idea of the performance of the
PQI 64GB SDXC card with various file sizes on our test
system. 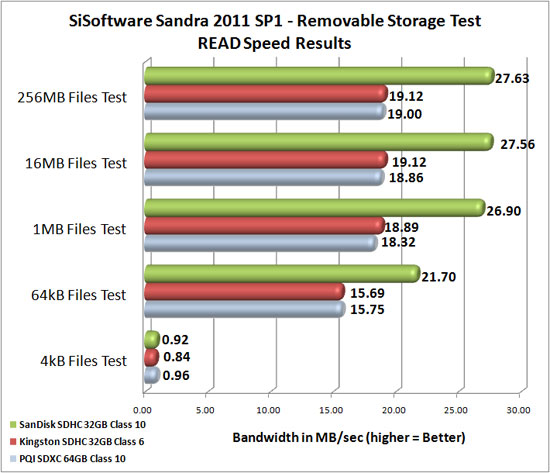 As you can see from the benchmark results the performance generally increases as the file size goes up. The PQI 64GB SDXC Class 10 memory card performed very closely to the Kingston 32GB SDHC Class 6 memory card and much slower than the SanDisk 32GB Extreme SDHC Class 10 card, which was a bit of a shock to us since this card is class 10 as well. 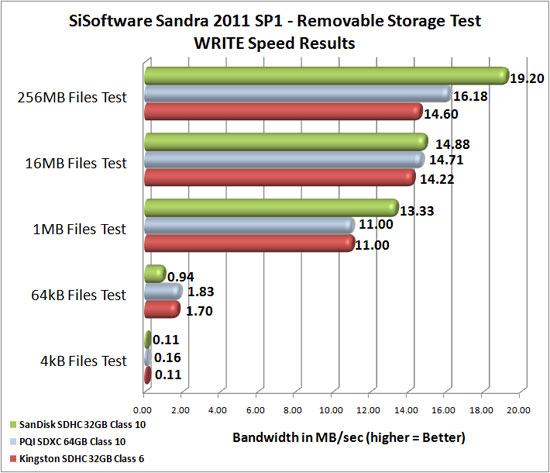 As you can tell from the chart above, the write performance between the PQI 64GB SDXC Flash Memory card beats out Kingston 32GB SDHC Class 6 card in 4 out of the 5 tests when it comes to write performance in Sandra. 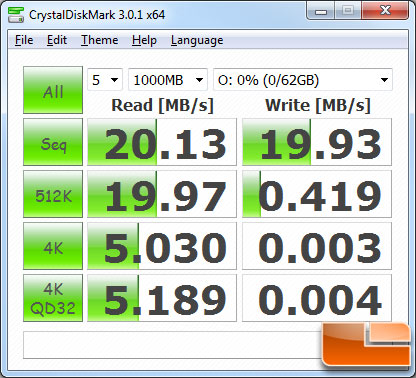 Wanting to run another test on the PQI 64GB SDXC
memory card we ran the CrystalDiskMark v3.0.1 benchmark. This
benchmark tests a few different file sizes, and once again showed that
the PQI 64GV SDXC card was capable of a write
speed of 19.93MB/s and a read speed of 20.13MB/s in the sequential
read/write test. This card is pretty fast in this benchmark as you can see it is hitting roughly 20MB/s on read and write tests
as you can see from the testing!