Back in December 2010 PQI announced that they were releasing an all-new SDXC Class 10 memory card that was 64GB in capacity! The PQI 64GB card breaks SDHC’s former high capacity limit of 32GB by doubling capacity up to 64GB and upgrading the Class 10 SD 2.0 interface to high speed SD 3.0 specifications. The new SD Association’s SD eXtended Capacity (SDXC) specifications have increased the capacity from 32GB up to 2TB. These new SDXC cards use an exFAT file system and it can obviously handle large volumes of data!  It also means that these 64GB cards are only the start of much larger capacities that will be released in the months and years to come. 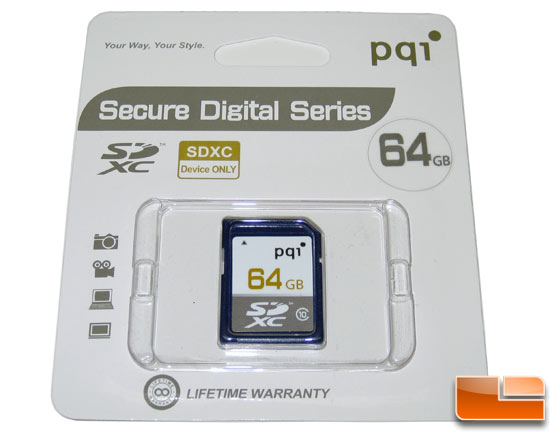 The card that PQI sent over for use to review came in a small white cardboard package that needed to be cut open. We like packaging like this as it’s minimalistic and easy to open. We’ve had memory cards in the past come in sealed plastic clam shell packaging that needed to be cut open and was far from consumer friendly. The labeling on the PQI package was simple as well as it tells you that the card is SDXC, 64GB and carries a lifetime warranty. 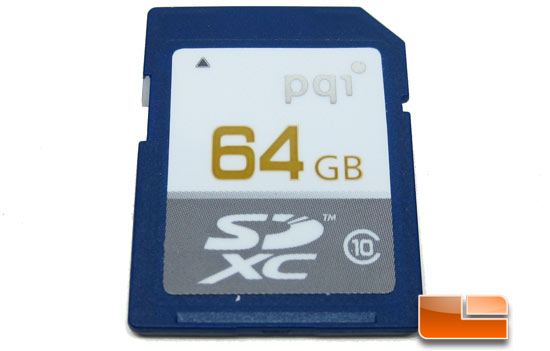 The PQI SDXC Class 10 memory card looks like any other SD memory card on the market since it has to meet the requirements to be such a product.  The left side of the card has the data write-protection switch on it that you can flip to prevent the card being written to. 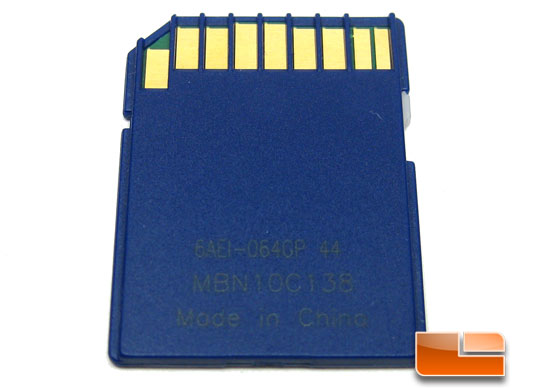 Flipping the PQI SDXC Class 10 memory card over we can see the contact pins and if you look closely you can see some writing (part number and where it was made) that was laser etched into the casing.  Let’s take a look at the performance on this memory card!