The Plantronics Voyager Edge also came in a simple cardboard box with all the items neatly organized. Again, we expect the retail packaging to be more robust and colorful than this pre-release packaging. 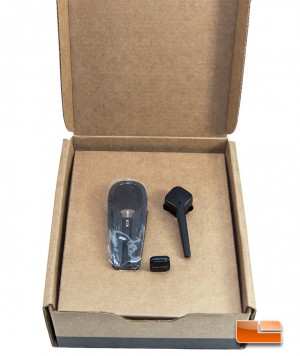 Plantronics includes the Voyager Edge Bluetooth earpiece, a variety of sizes of earbuds and over the ear clip, a docking/charging station, USB Bluetooth dongle, USB to Mini-USB charging cable, a 110v to USB plug, and the quick start guide. 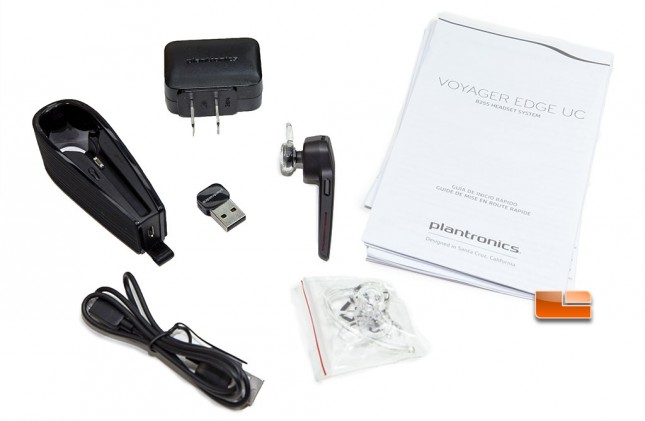 The charger base is a very nice addition for those of us on the go. It is both a storage and recharge space for the earpiece and a place to hold the easy to lose USB bluetooth dongle. In addition, the integrated battery will charge the earpiece providing upto an additional 10 hours of talk time for a total of 16 hours while protecting it when you are on the move. You can either directly charge the earpiece or charge the base and earpiece at the same time. The battery base has two rows of tiny blue LEDs to let you know how much juice is left in the battery and how much is left on the Voyager so you are never caught with a dead earpiece. 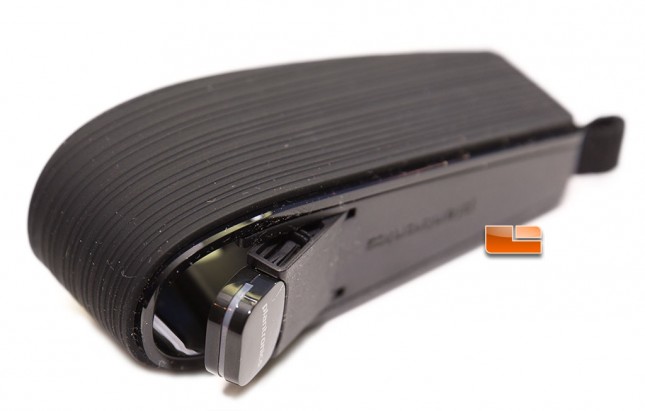 The Plantronics Voyager Edge UC is very light at 9 grams and has the medium size soft silicon tip attached out of the box. Plantronics also includes a large and small silicon tips along with a stiff over the ear clip that snaps on for those of you that like a more snug and secure fit. This is not really an in-ear earpiece it is more of a on ear product. The large loop on the back of the tip locks into the fold of the ear while the soft bud sits just on the entrance to the ear canal. 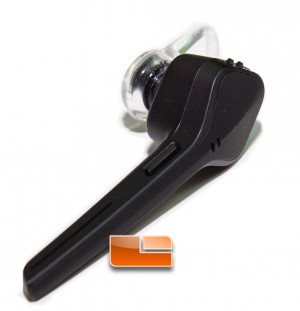 The Voyager Edge has a mute button on the stem, on/off switch on the back bottom angle, and volume buttons on the top back angle you can see as two bumps in the above image. Additionally, the outside edge is a large button to answer or end calls and if held down begins the pairing process. Like the Plantronics Blackwire C725, the Voyager also has the smart sensor technology that detects when it is picked up and placed in the ear to automatically answer calls. When paired with a smartphone it can even use voice commands to control basic functions like saying “Answer” to answer an incoming call which is great when your hands are full of bags exiting a plane. The voice feature can also control Siri, Google Now, or Cortana where available.

The Voyager Edge headset supports wideband audio, making it compatible with smartphones enabled for HD Voice. If your smartphones supports Near Field Communications (NFC), Plantronics has you covered here too. Because you may be outside or have an accidental spill at your desk, the Voyager Edge is coated in P2i technology a nano-coating applied during the manufacturing process, resulting in invisible liquid repellent properties. The earpiece has multiple microphones as part of its active noise cancellation to sense and block unwanted background and wind noise giving those listening to your calls a much better experience.

Next on to testing and performance for both units.