Plantronics despite its diverse audio product portfolio has shown immense respect and high regard for gaming as it does for its other ventures. Their past flagship gaming headsets have been both well-received and popular. Beyond their products, Plantronics has a substantial presence in the esports scene as an event sponsor and equipment provider – a modified version of the Plantronics Commander gaming headset is often seen used by players at major tournaments. 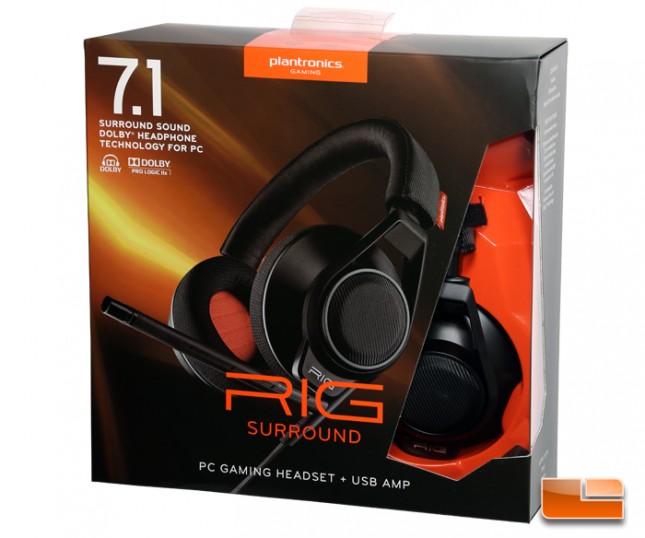 Thus, we’re very excited to be taking an early look at the upcoming Plantronics RIG Surround. It’s not only because Plantronics has a stellar reputation, but because we’ve had great firsthand experiences with their other gaming headsets. The Plantronics RIG Surround primarily consists of two components – a headset and an external sound card called the RIG mixer that also allows gamers to attach their smartphone and use the setup like a home call center. The headset is completely unchanged from the original RIG released in 2013, but the new mixer is now a full-fledged external sound card with Dolby virtual surround sound. The RIG Surround will launch in late 2014 at major retailers for $99.99, the same as the readjusted price of original RIG. 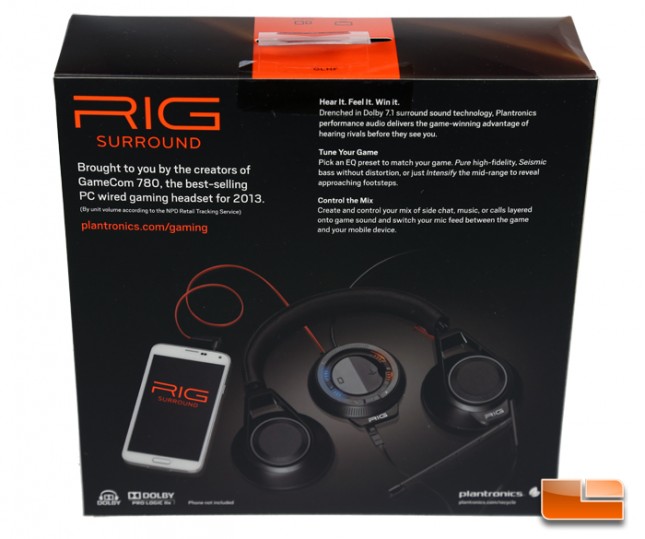 The RIG packaging has been updated and the box now has a small window on the front that has a partial view of the headphones. The RIG pieces are nested in molded and stacked plastic trays that hold and protect the product during shipment. Only one accessory cable is included and that is the boom mic attachment that connects the headphones to the mixer. The rest of the accessory cables that were included with the original 2013 RIG are not included. Much of this is due to the RIG Surround not being and needed to be compatible with the previous-gen consoles Xbox 360 and PlayStation 3, though technically the RIG is compatible with the PlayStation 4. In addition, Plantronics decided to offer a new product called RIG Flex that has the boom-mic cable and inline mic cable accessories included, of which only the former is included with the RIG Surround. The RIG Flex will be available in fall for $79.99. 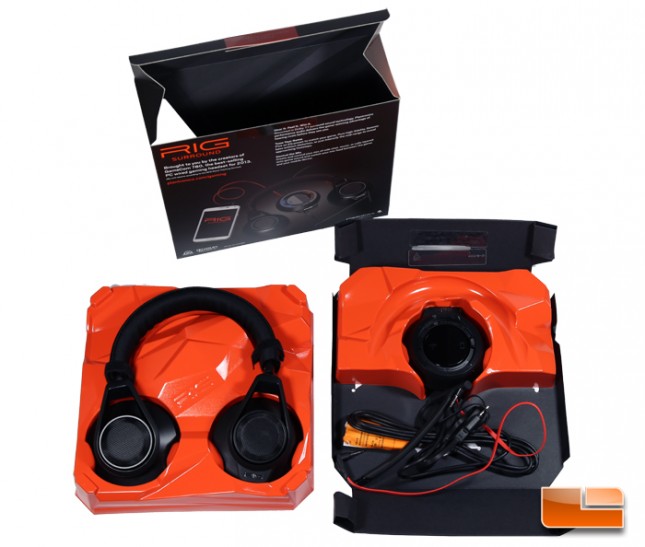 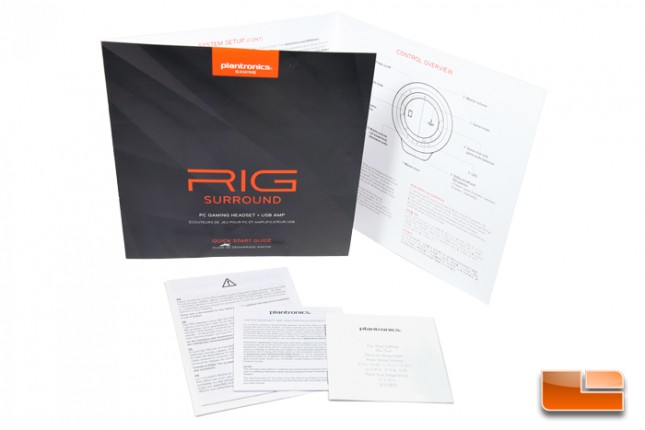