Using the Pulsar 590A with a Mobile Phone 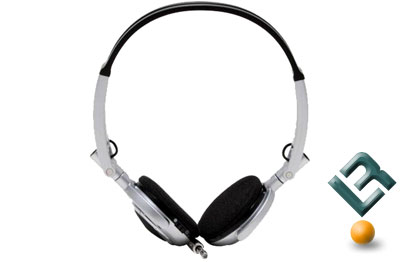 Pairing the Pulsar 590A with your mobile phone was a breeze. Using our normal test devices, the Treo 650 and the Motorola RAZR V3, both instantly recognized and paired with the Plantronics headset. Amazingly, our most finicky device, the Treo 650, worked incredibly well with this headset.

As with the Motorola HT820 we reviewed a few weeks ago, we were not able to take advantage of the listening to stereo music that we could hear playing on our cell phones wirelessly. We look forward to using Bluetooth mobile phones with built-in MP3 supporting the Bluetooth Audio Distribution Profile (A2DP) for stereo listening in the near future.

Sound quality when making and receiving calls was good. Comparing it directly to the Motorola HT820 headset, I would have to give the edge in sound quality to the Plantronics set. Even though we are only talking about “cell phone quality”, the speakers on the Pulsar 590A seem to give better clarity and less of a “hollow” sound, making it our winner in sound quality.

When looking at this headset, the microphone boom didn?t look like it was going to do a great job in picking up a user?s voice and filtering out background noise. I was pleasantly surprised at the results when using this headset for communicating. Call recipients could hear my voice clearly and conversations were conducted easily. As with the Motorola, it was a strange experience conducing your cellular phone calls in stereo ? even though it was “low-fi”. After a while, though, you get used to it and enjoy the fact that the listening volume is quite loud.

Range of use on the Plantronics was very good. I was able to walk 25 feet away from my Treo and RAZR before experiencing static on the conversation. When using the Pulsar 590A for cell phone use exclusively, we were able to go the entire day under one charge and even for most of the next day before an audible beep in the headset would warn us of a low battery. The talk-time/standby-time for this headset easily compares to the Motorola HT820. In fact, we like the Plantronics headset better because we have a visual status indicator of battery life versus audio only.