Last Thursday Legit Reviews posted an article talking about the ability to run an Intel Pentium M on a Socket 478 motherboard thanks to the ASUS CT-479 upgrade kit. We have spent some time with the kit that we “pre-viewed” in the first article and now have some benchmark numbers to share. For this article we are using the ASUS CT-479 CPU Upgrade Kit on the ASUS P4P800 SE motherboard that uses the Intel 865PE chipset. If you would like a background on why you would want a Pentium M processor on a desktop board or what this kit exactly does please refer to part one, before going on. 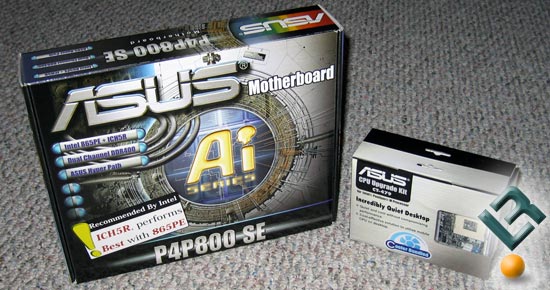 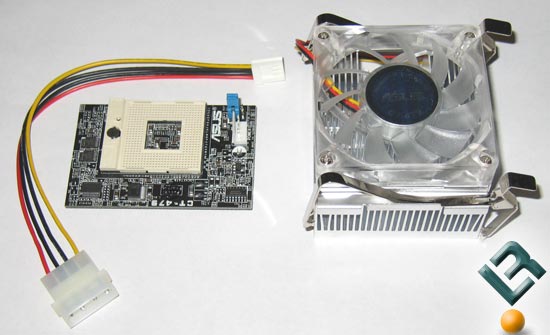 Included with the CT-479 are the installation guide, a heatsink/fan, one 4-pin power cable, and the socket adapter. The only “tool” needed for this kit is a flat head screw driver to secure the Pentium M processor in the socket just like what is done on a notebook computer. Since noise is a big issue I’ll take a second and talk about the bundled cooling solution. It spins at roughly 3,000RPM’s with a maximum airflow of 32.5CFM. As far as noise is concerned you are looking at roughly 30dB-A, which is roughly the same noise level found on a Geforce 6800 series video card.