AIDA32 is a professional system information, diagnostics and benchmarking program for Win32 platforms. It extracts details of all components of the PC. It also tests the actual read and write speeds of your memory giving a fairly accurate look of true memory performance. 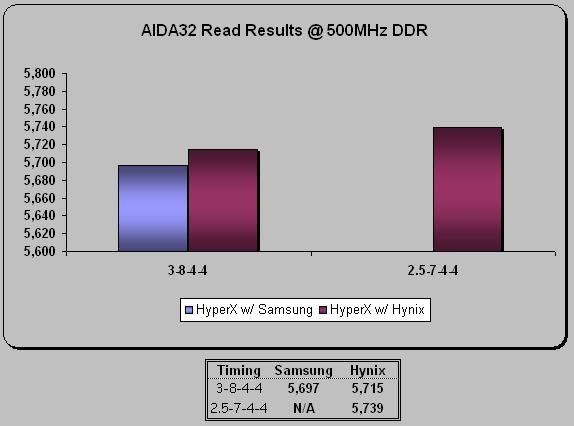 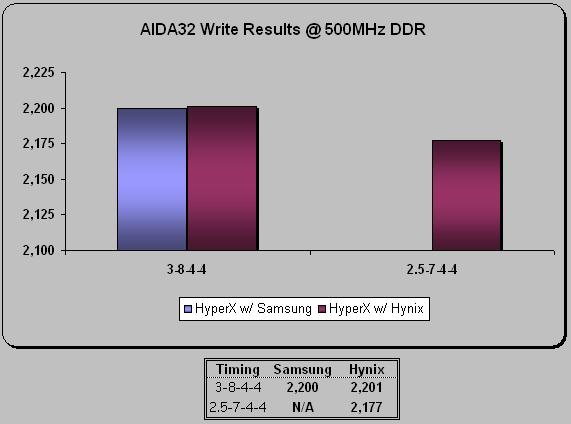 Results: AIDA32 again showed no real significant difference between the two IC’s. When running the Hynix IC’s at CL2.5 we saw a slight increase in read performance, while also observing a drop in write performance. Again, it doesn’t seem as if running a lower CL timing has a dramatic impact on performance while being tested by AIDA32

Using the full installation of Unreal Tournament 2003 along with the newest patch gives us a very nice real world benchmark! 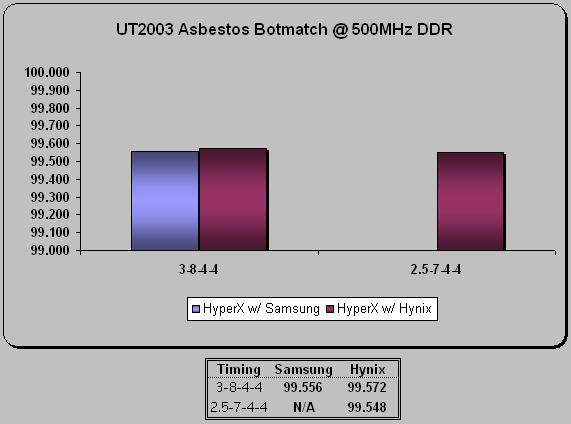 We also used [H]ardOCP’s UT2003 Benchmarking utility version 2.1. A resolution of 1024×768 was tested in Direct3D on the built-in CPU test to see if any differences could be observed. 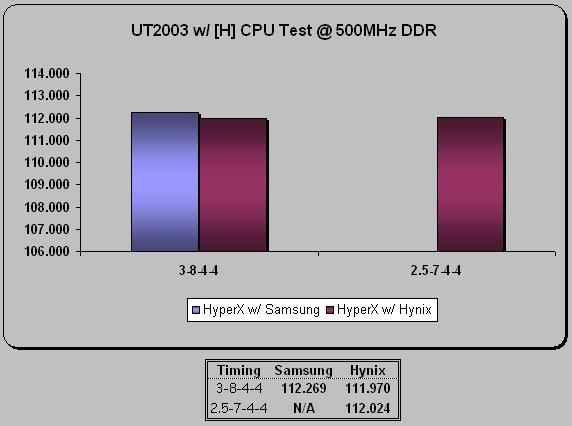 Results: Now that we are using real world benchmarks we again do not notice any significant performance differences between the two IC’s. When looking at CL2.5 performance on the Hynix IC it actually performs slightly slower than the Samsung IC at CL3! Although this is not a significant difference, it again shows no real advantage to having the ability to at CL2.5.

By overclocking the memory to the point of receiving errors on RST Pro2 testing we are able to get a pretty good picture how everything holds up until the errors start coming. When overclocking at timings of 3-4-4-8 and at 2.8vDimm we found that the modules using the Samsung IC’s were able to run up to 510MHz DDR, while the Hynix IC’s were able to run up to 518MHz. Not a huge difference in terms of overclocking, but 8MHz is a large enough increase to get the enthusiasts wanting Hynix over Samsung! 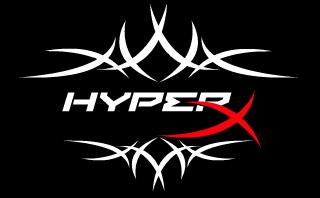 It is 100% clear that at 500MHz DDR both the Samsung and Hynix IC’s will function at the same performance level. When you then add in the huge tariff’s that has been imposed on Hynix semiconductors it is clear that Kingston’s original selection of the Samsung revision “C” IC’s was the correct one to make from a business stand point. There is no difference in performance so why pay the tariffs? So why has Kingston recently changed over to Hynix? Our best guess is because the Hynix IC’s have a better overclocking yield and that Kingston is in the process of launching a new product line based on these overclocker friendly chips!

On another note, when running the Hynix IC’s at CL 2.5 we didn’t notice a jump in performance like we expected. The common thought that one will get better performance from running tighter timings has not to prove accurate during our testing. Thus showing no reason to use Hynix over Samsung IC’s when running at 500MHz! Although when running over 500MHz Hynix is the clear choice based on yield rates and the fact that the Samsung ICs we looked at today top out just over 500MHz.

To answer the question proposed at the beginning of this review it is our belief that the original criticisms of Kingston’s HyperX PC4000 line were made prematurely and without knowing the entire picture. Kingston was able to avoid the tariff allowing them to increase their profit margin without hurting the performance of their memory at their rated 500MHz specification.

Kingston saved a bunch of money by avoiding the Hynix tariff’s without hurting performance at DDR500. They have by no means forgotten about the overclockers wants and needs, but made a smart move based on the bigger picture. I have a good feeling the next line of HyperX will be a step in the right direction!

If this line of memory does not suit your needs check to see if Kingston has any memory for your individual needs!