All testing was done on a fresh install of Windows XP Professional build 2600 with Service Pack 1A and DirectX 9.0b. All benchmarks were completed on the desktop with no other software programs running. No overclocking was done on the video card unless noted. Our testing processor was an unlocked Intel Pentium 4 3.0C. Our testing was done at 250×12 = 3.0GHz with H/T enabled. The audio, USB, Firewire, and lan features were disabled in the BIOS menu for all the testing competed during this review.

All testing was completed at 2.7Vdimm unless otherwise noted! 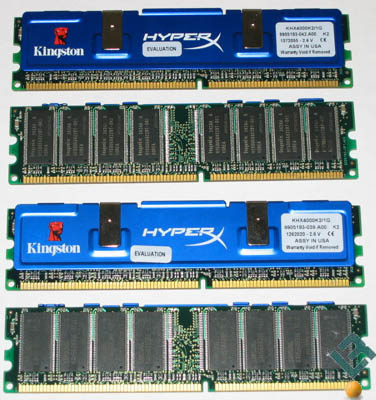 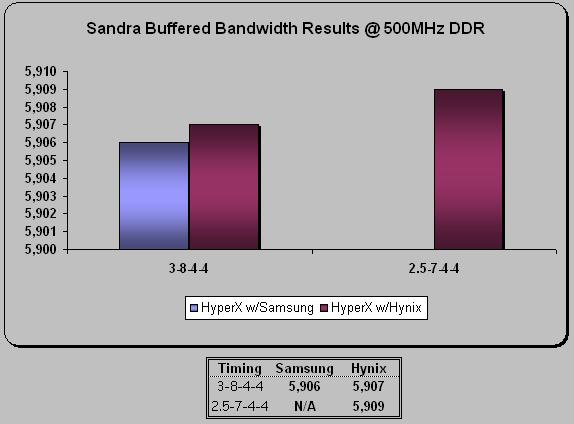 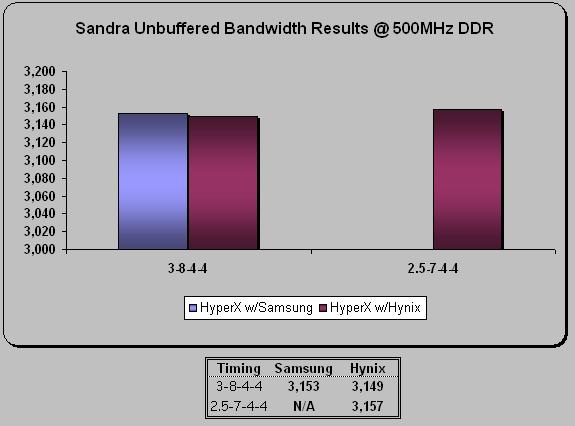 Results: At the default timings set forth by Kingston both Hynix and Samsung are head-to-head when it comes to performance. Samsung is unable to run at a CAS Latency of 2.5, and even though Hynix is able to run at CL 2.5 the performance gain is marginal and insignificant. By saying insignificant — I mean it! There is less than a 0.0002% difference in bandwidth when running CL 2.5-4-4-7 over CL 3-4-4-8!