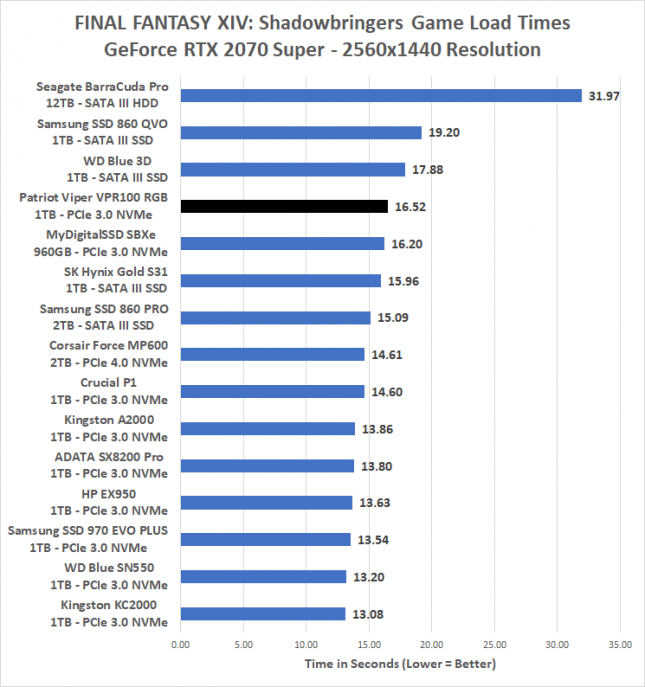 Benchmark Results: Game load times are very important to our readers and the Patriot VPR100 really struggled here with an average speed of 16.52 seconds. That makes it the slowest NVMe drive that we have ever tested on this particular benchmark.