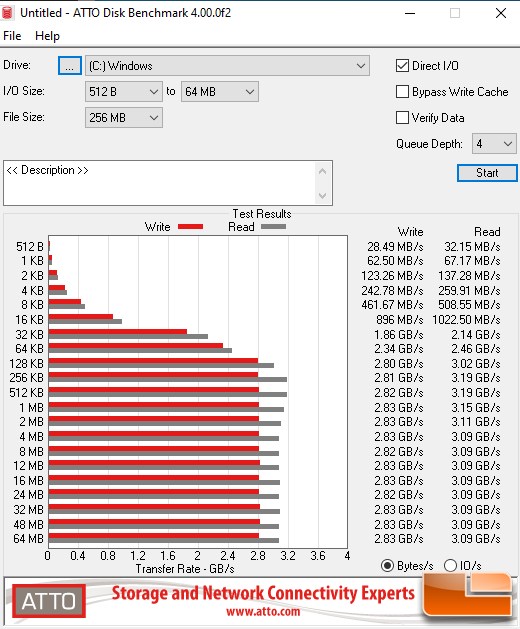 Benchmark Results: On ATTO Disk Benchmark we see that the Patriot Viper VPR100 1TB drive reached speeds of up to 3.02 GB/s read and 2.80 GB/s write at a Queue Depth of 4. 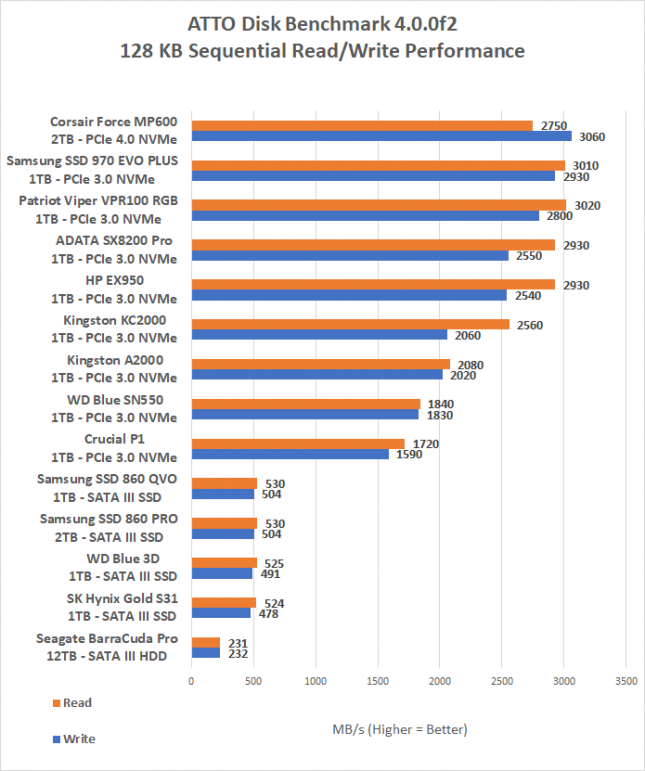 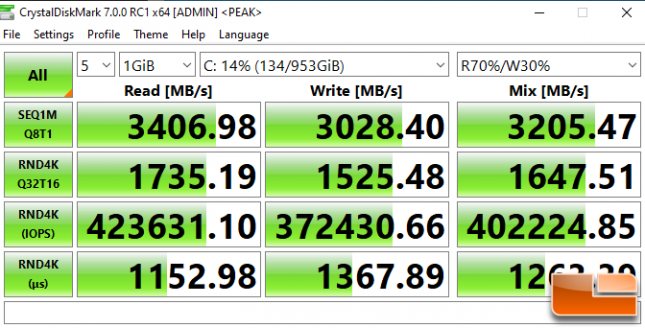 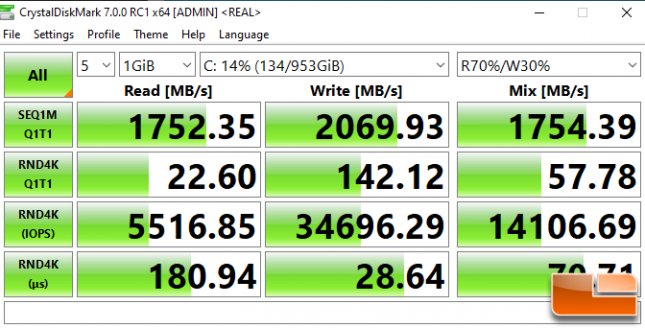