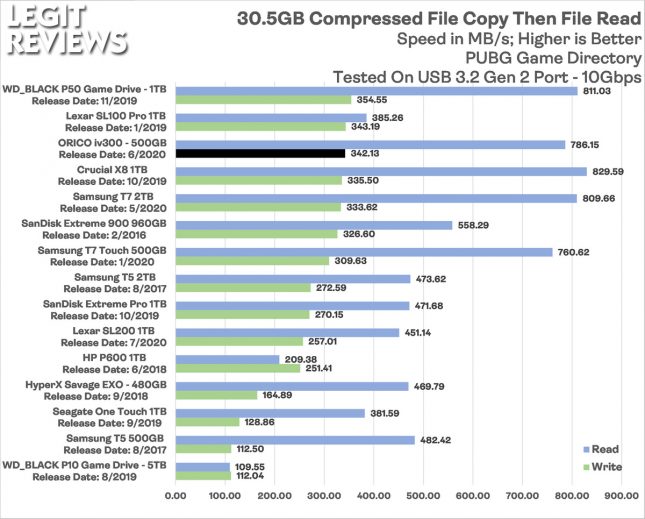 Benchmark Results: The Lexar SL100 Pro uses the original JMS583 A0 revision bridge chip that has known issues on some AMD platforms, so it shouldn’t come as a big shocker that the ORICO iv300 with the latest JMS583 A2 revision bridge chip blew that drive away on the read side and matched its performance on the write side of things. 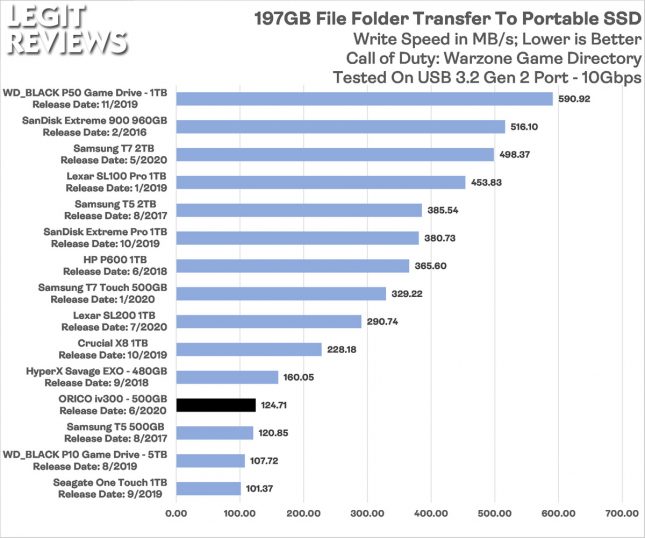 Our hardest test is to copy the entire the Call of Duty: Warzone game directory and then move it to the portable SSD. This file is just shy of 200GB in size and really hammers the portable SSD being tested as it is one long sustained write operation. Here the ORICO iv300 500GB drive fell to the bottom of the performance chart and that was really unexpected. We ran this benchmark several times and noticed that it was overheating. 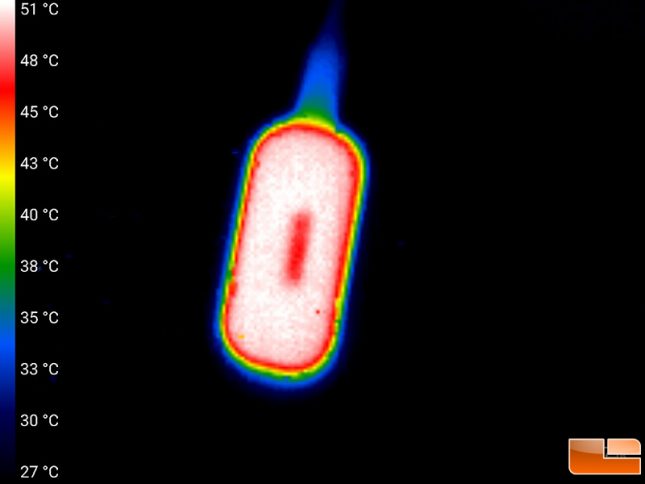 The surface temperature on the ORICO iv300 was getting up to 51C or 123.8F according to our Seek Thermal Compact camera ($169) in our air conditioned office that has an ambient room temperature of 72F. Holding the drive while it is this hot won’t actually burn you, but you can’t hold it for more than a few seconds without needing to put it down. 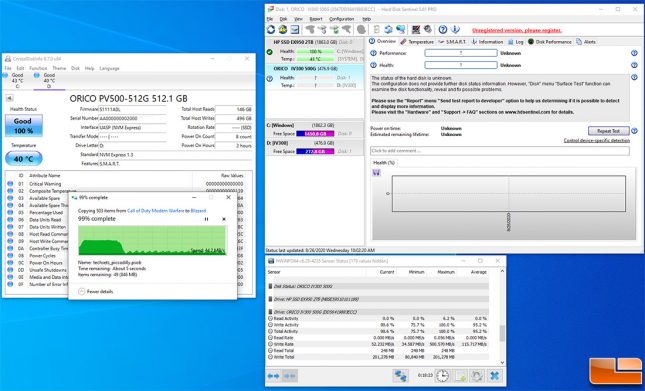 The S.M.A.R.T. temperature sensor was not functioning properly on our ORICO iv300 as it reported the drive being 40C in CrystalDiskInfo and that never changed despite manually forcing the drive to be refreshed. Hardware Monitor and HWiNFO64 failed to show any temperature reading on the ORICO iv300. We noticed that the ORICO iv300 would only overheat if you were writing more than 45-50GB of files to the drive without interruption. ORICO did tell us that the drive thermally throttles at 51-52C and that sounds about right. Once the drive throttles the performance drops down significantly and is usually in the 35 MB/s to 45 MB/s range once this safe guard is triggered. Once we saw it hit below 20 MB/s on a test transfer! If you are looking for an NVMe-based portable SSD to move around large files on a regular basis, the ORICO iv300 is not the ideal drive for your needs due to this overheating situation. 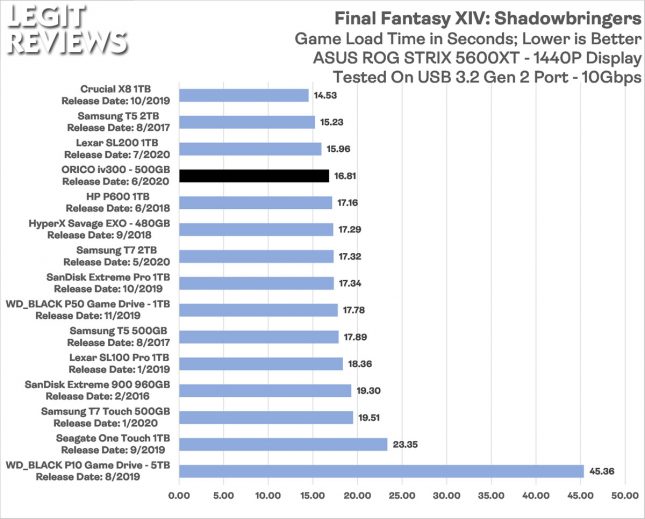 Benchmark Results: When it comes to game load times the ORICO iv300 500GB drive finished with an average load time of 16.81 seconds and that puts up on the top of the chart as it is one of the fastest drives tested in the group!