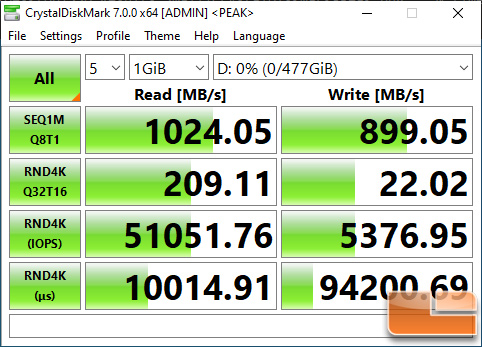 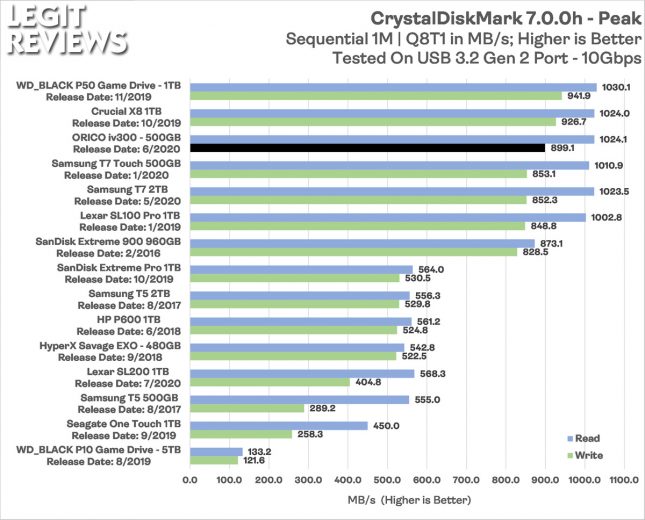 Benchmark Results: When compared to other portable USB drives that puts the ORICO iv300 as one of the fastest that we have ever tested! 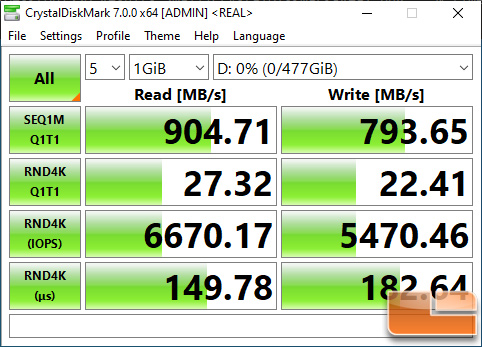 Benchmark Results: With the queue depth lowered to just one the performance dropped down to 904.7 MB/s read and 793.7 MB/s write. This is is a bit more realistic than testing a portable drive at a queue depth of 8. 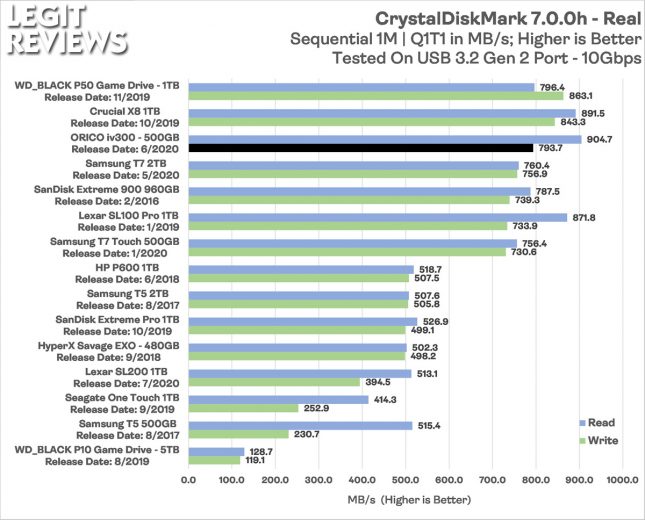 Benchmark Results: Almost all of the drives get less performance at QD1, so the ORICO iv300 remained in 3rd place with regards to sequential write speeds. When it comes to sequential read speeds it actually had the highest of any drive that we have tested on this system! 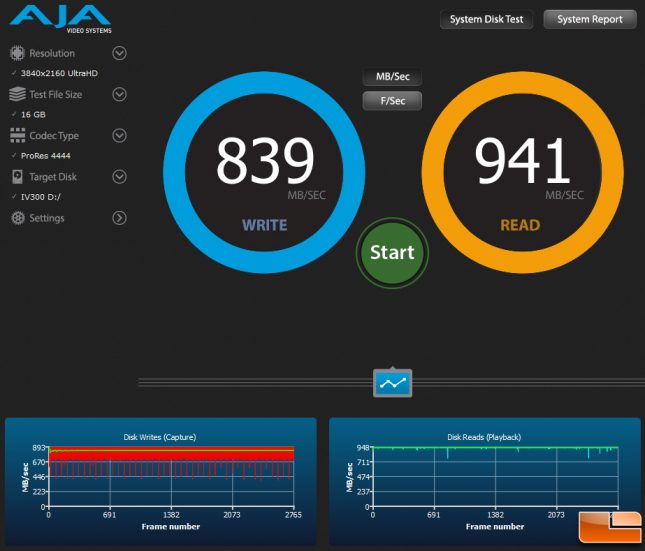 Benchmark Results: The AJA System Test results had the ORICO iv300 500GB drive topping out at 941 MB/s read and 839 MB/s write. The write throughput dropped below 450 MB/s throught the test, but the end result was still a respectable result over well over 800 MB/s. Benchmark Results: That makes the ORICO iv300 500GB drive the second fastest that we have ever seen on this workload! 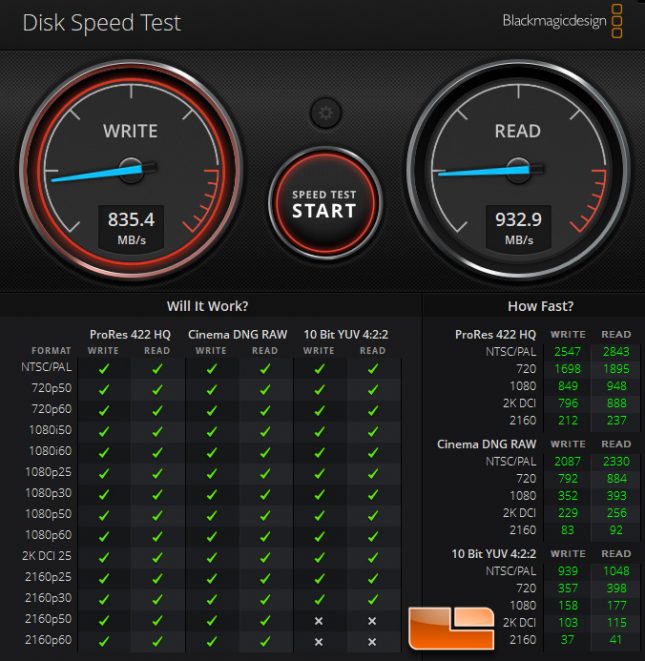 Benchmark Results: The ORICO iv300 500GB portable SSD topped out at around 933 MB/s read and 835 MB/s write on the Disk Speed Test by Blackmagic. The results show this drive will only struggle with 10-bit YUV 4:2:2 video tests at 2160p50 and 2160p60! Very impressive results from a drive by ORICO!