On Monday, when we published our OCZ Vertex EX 120GB SLC solid state drive (SSD) review things started out great, but by the end of the review our benchmarking applications had clearly degraded the performance of the drive. The Vertex EX is not alone when it comes to the performance degradation issue as all SSDs face this issue. The root cause of the issue is that SSDs can write 4kb blocks at a time, but only delete 512kb blocks. This means that after the drive is used a read-erase-modify-write cycle is required instead of a simple write operation each time something needs to be written to the drive. Since SSDs cannot actually modify data without first deleting it you get the performance hit that many often talk about when it comes to SSDs.

This performance issue has been known about for many years and as a result an SSD command called TRIM has been developed and implemented into Microsoft Windows 7. TRIM is a drive controller command meant to inform a solid state drive (SSD) of free space, so that it may preemptively get blocks of data set to write so drive performance will be increased. This makes sense as the operating system would be erasing recently unused SSD data blocks and allowing new data to be simply written without having to read, erase and modified. Rumor has it that Windows 7 RC1 has TRIM support in the code, but not one manufacturer has enabled TRIM support in the firmware of their SSDs since they say that Microsoft has not finalized the TRIM feature.  That leaves consumers only one option, which is to run an application called wiper.exe (the latest version is 0525) that helps clear unused space. The only problem is that this software only works on a limited number of later model SSDs that have been updated with firmware to support it (Gskill Falcon and the OCZ Vertex for example). 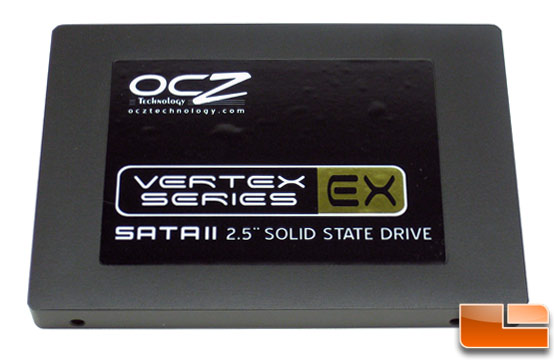 When we published our review of the OCZ Vertex EX SSD on Monday we used the latest firmware available from OCZ, which was v1.11. Go figure the day after our review was published describing this issue that OCZ released firmware v1.20. Sadly, this firmware update will totally clean the drive and reset it. This means that all data will be lost, so back up if you want to update to the firmware 1.20! Since we updated the Vertex EX to firmware 1.20 we’ll walk you through the process. 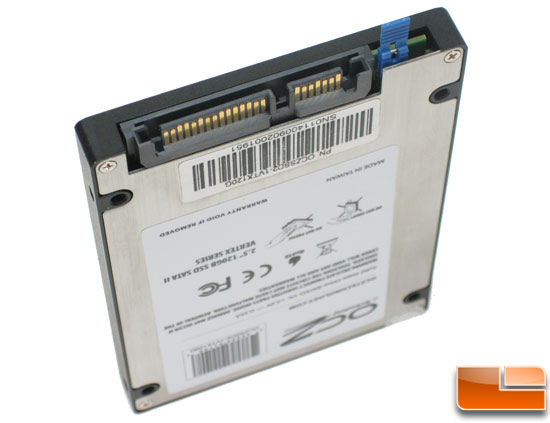 In order to enter the firmware update mode you need to place a jumper on the two exposed jumper pins and off you go. This might be tricky for some as OCZ does not include the jumper needed to flash the drive. We happen to have hundreds of jumpers laying around, so it wasn’t a big deal for us. Remember to place the jumper on the drive before you boot up with no power on the drive. Once the jumper is on the drive like shown in the picture above, you can power up the PC. Once the PC boots enter the BIOS and make sure the SATA mode in BIOS is set to IDE (Native) not RAID. 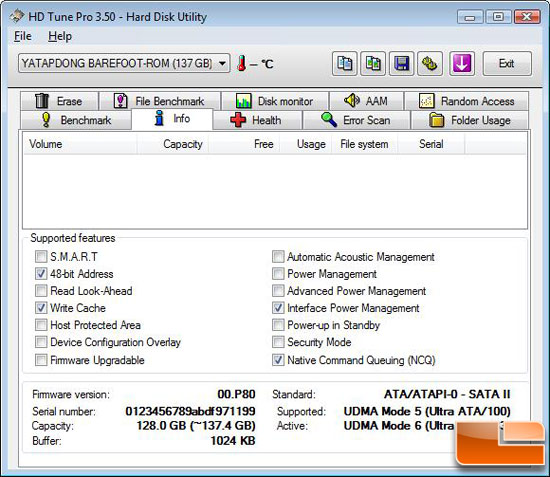 Before we started to flash the firmware on the Vertex EX we also went into the info tab on HD Tune to take a peak at the current firmware installed on the drive. Let’s move on to actually installing the new firmware.