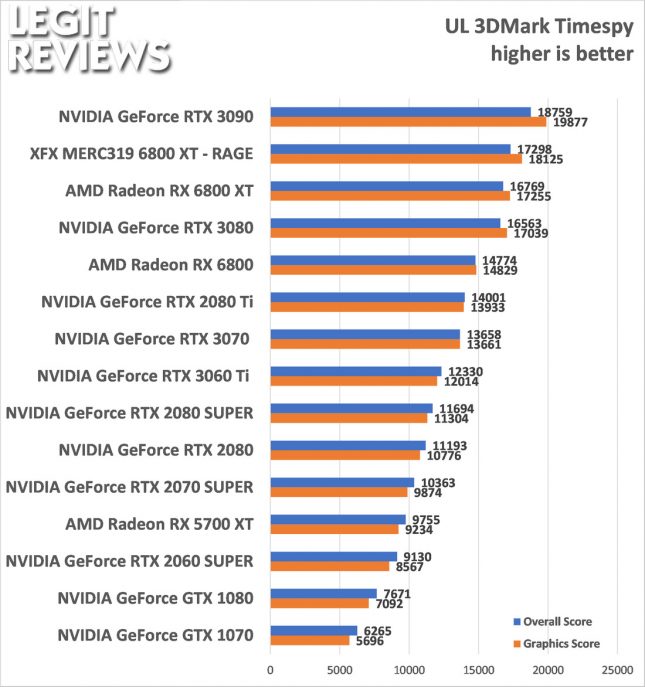 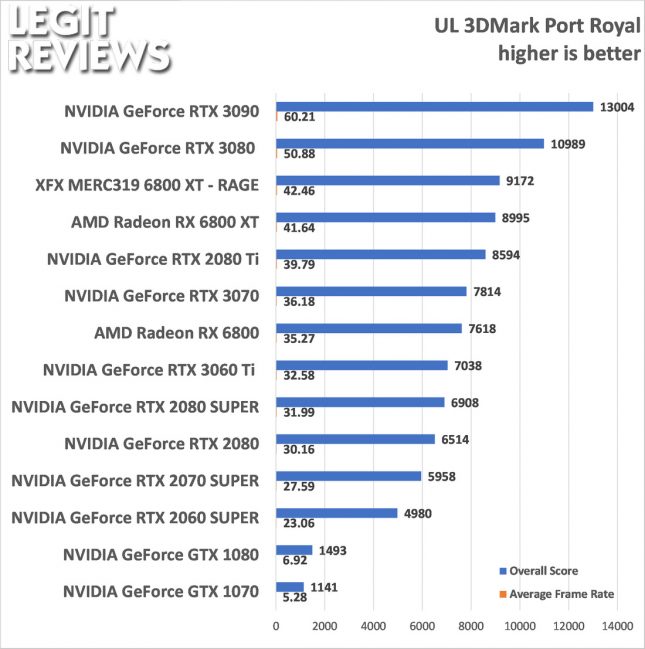 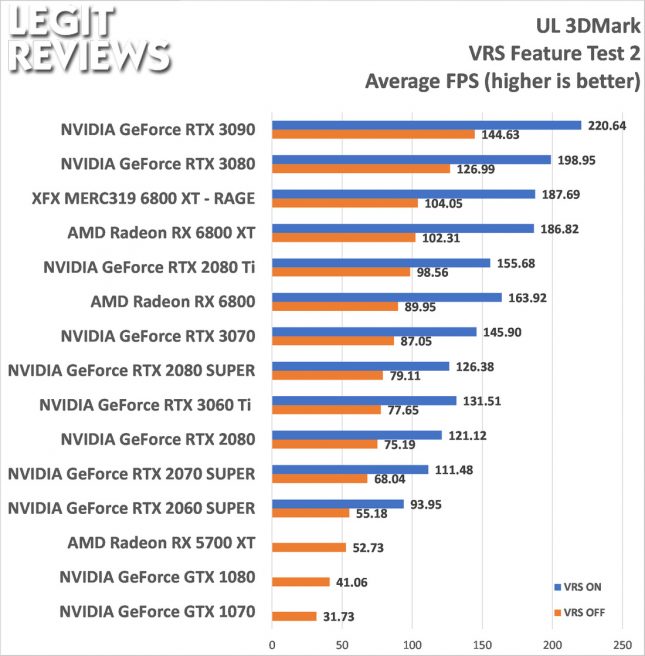 On the VRS Feature Test (#2) workload the GeForce RTX 3060 Ti was slower than the RTX 2080 SUPER with VRS off, but was found to be faster with VRS on! 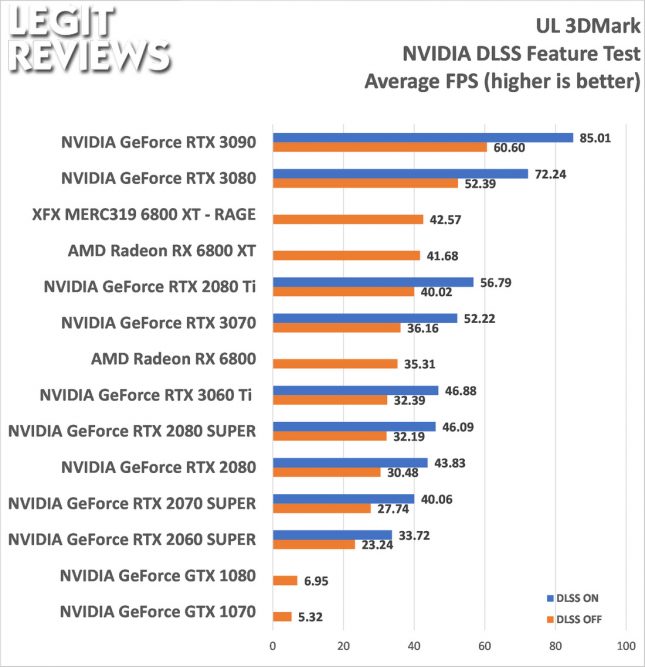 On the DLSS feature test the GeForce RTX 3060 Ti was found to be faster than the 2080 SUPER with and without the feature turned on. The 3060 Ti was 9% slower than the Radeon RX 6800 without DLSS and 33% faster with DLSS, so you can see how DLSS is a game changer. AMD doesn’t have a solution like DLSS on the market just yet.