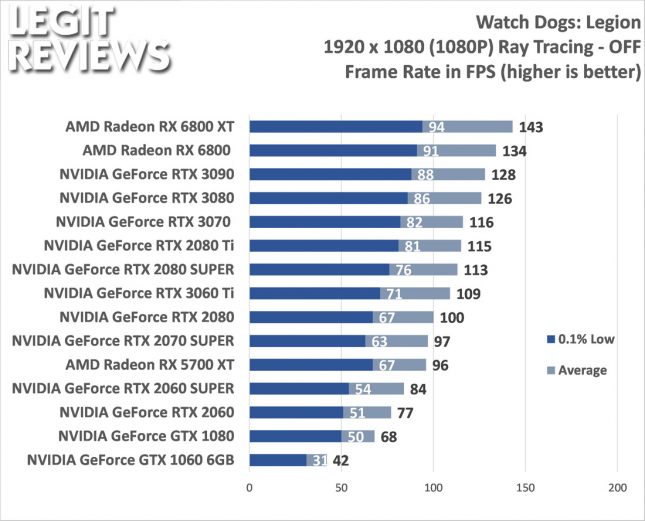 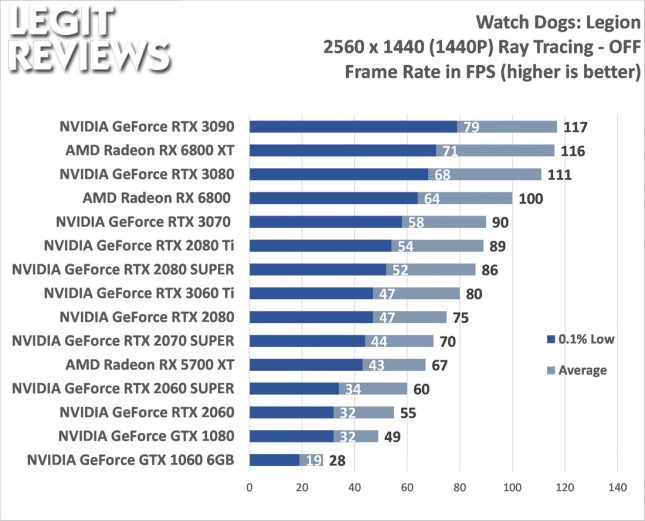 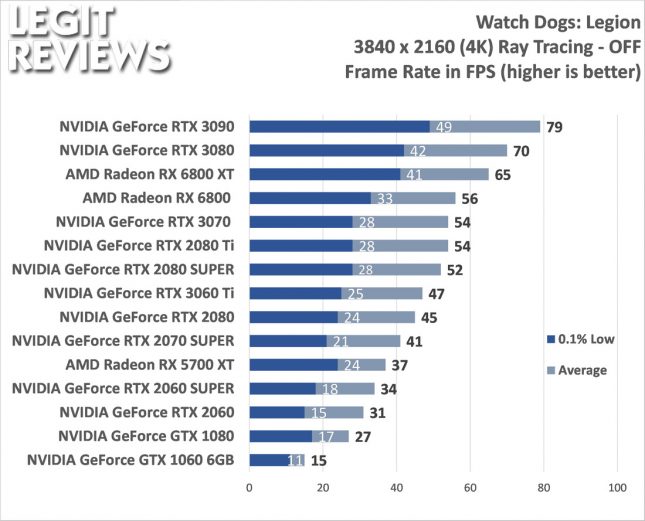 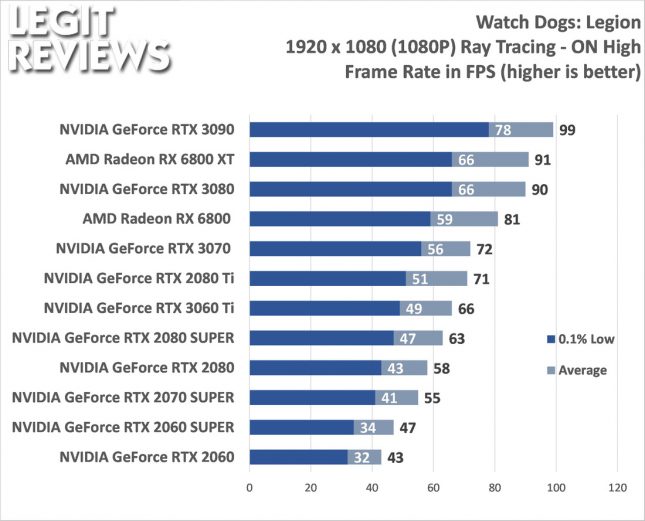 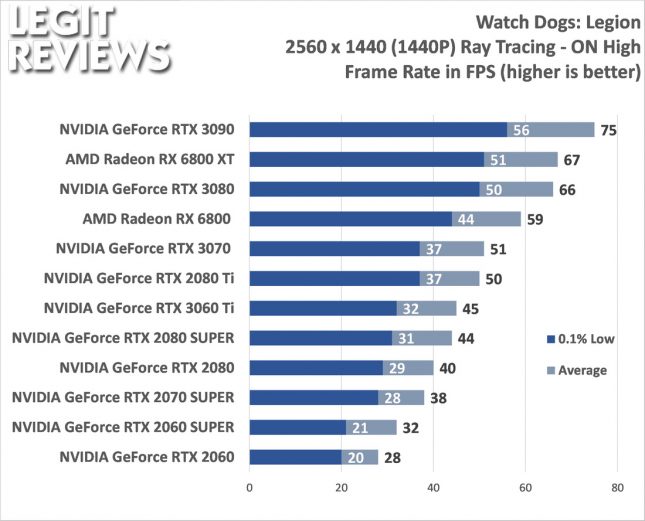 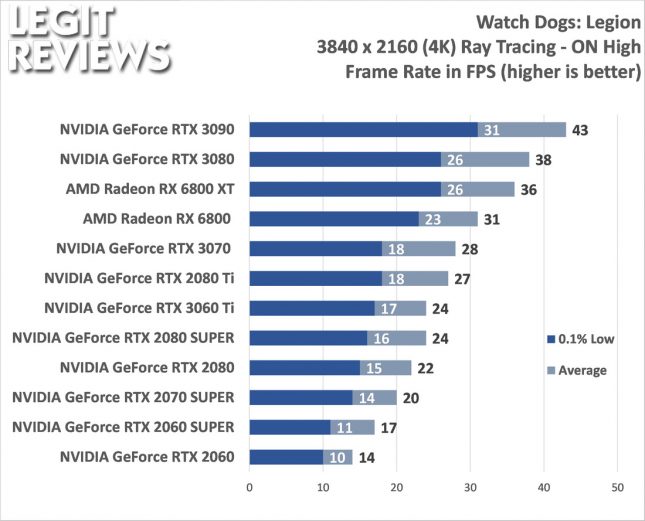 The AMD Radeon RX 6800 was faster than the RTX 3060 Ti, but keep in mind that AMD has a known issue with ray traced reflections in Watch Dogs Legion as they are not rendering properly.