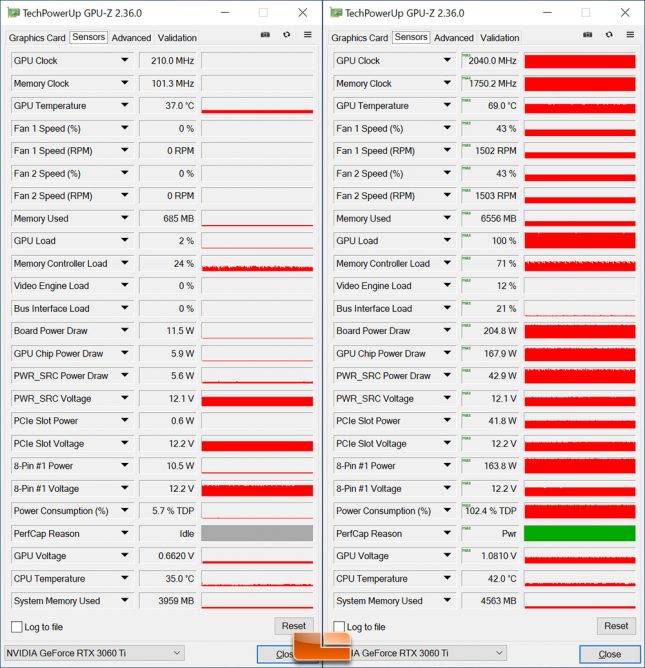 At idle on our open air test bench we were sitting at around 37C at idle with no fan noise as they don’t spin. After playing PUBG for over an hour at 1440P we found that the temperatures topped out at 69C range. The GPU coolers two fans were off at idle and running around 1500 RPM at full gaming load. 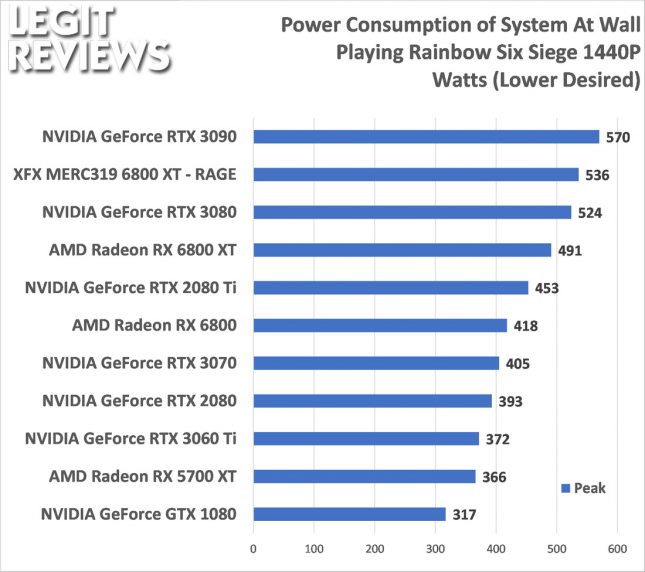 Power consumption on the NVIDIA GeForce RTX 3060 Ti Founders Edition tops out at 372 Watts on Rainbow Six Siege at 1440P with the Kill-A-Watt power meter. 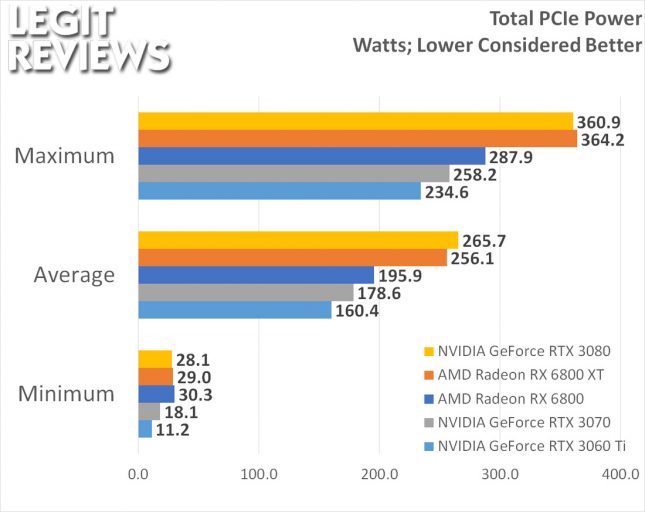 Here is a look at total PCIe Power for the NVIDIA GeForce RTX 3060 TI against the GeForce RTX 3070/3080 Founders Edition graphics cards and the AMD Radeon RX 6800/6800 XT reference cards. PCAT showed that during this snippet of time the GeForce RTX 3060 Ti used at most 234.6 Watts of power with an average usage of 160.4 Watts. This is just a measurement of the card itself is using and nothing else in the system. 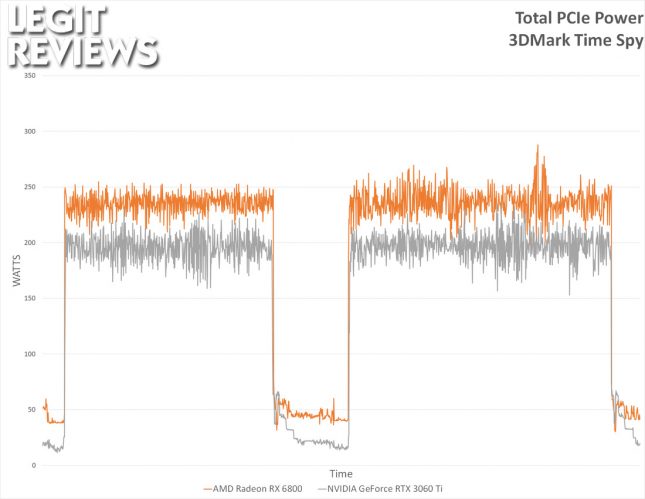 Here is a closer look at the NVIDIA Geforce RTX 3060 Ti total PCIe power over time plotted against the AMD Radeon RX 6800 to give you an idea of how the two cards differ across the run.