Shadow of the Tomb Raider

Shadow of the Tomb Raider is an action-adventure video game developed by Eidos Montréal in conjunction with Crystal Dynamics and published by Square Enix. It continues the narrative from the 2013 game Tomb Raider and its sequel Rise of the Tomb Raider, and is the twelfth mainline entry in the Tomb Raider series. The game released worldwide on 14 September 2018 for Microsoft Windows, PlayStation 4 and Xbox One. 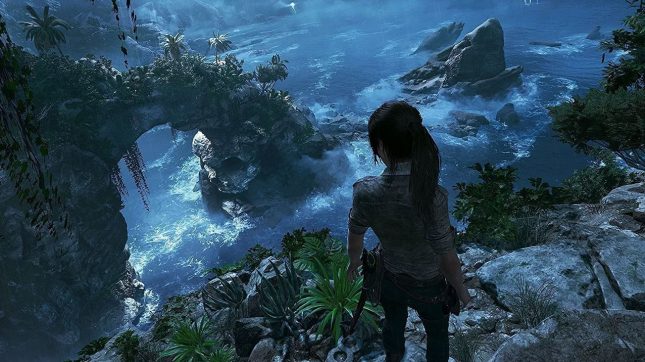 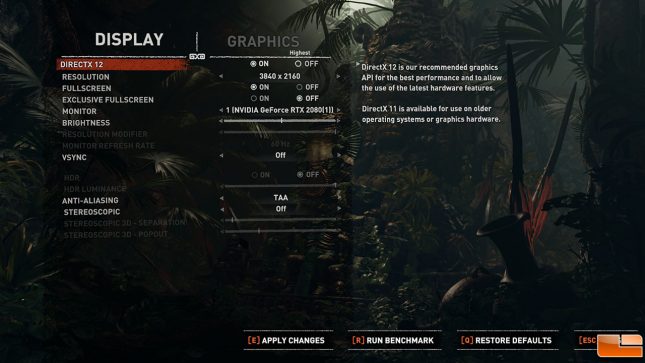 Shadow of the Tomb Raider was benchmarked with the highest image quality settings with Temporal AA. V-Sync was disabled and we used the game titles built-in game benchmark. 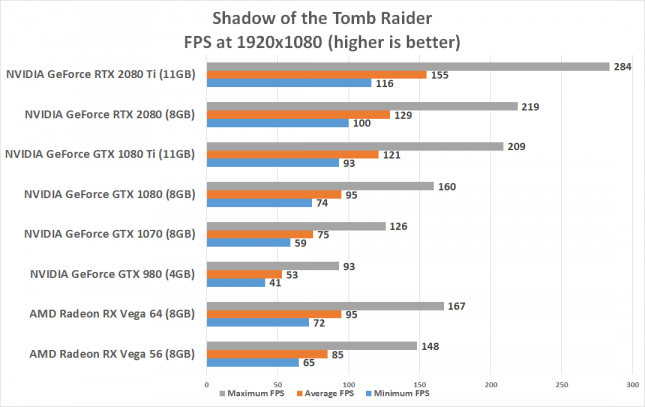 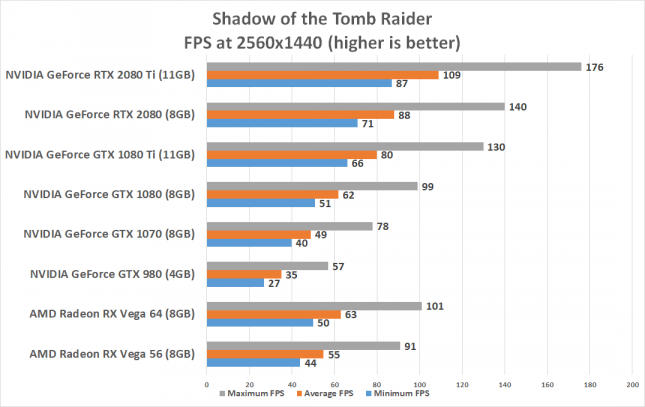 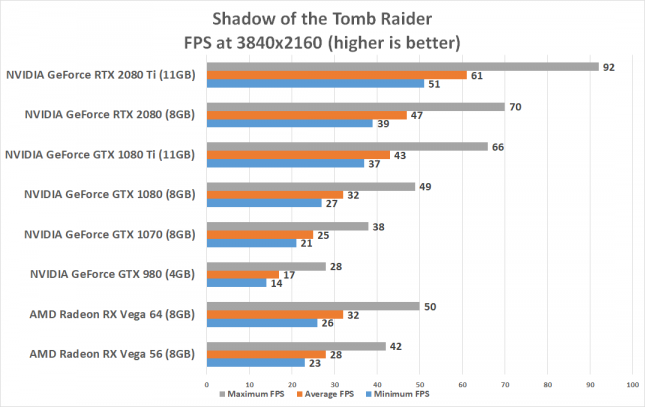 Benchmark Results: We see some nice scaling at all three resolutions with the new GeForce RTX 2080 and RTX 2080 Ti putting on a show of dominance once again. Older cards like the NVIDIA GeForce GTX 980 struggle at 1440P and 4K with these image quality settings, but the game is easily playable with the 2080 Ti at all three resolutions with average frame rates being above 60 FPS.