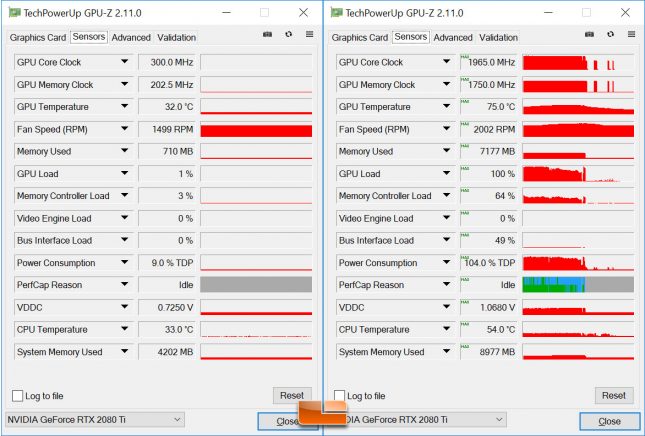 The NVIDIA GeForce RTX 2080 Ti uses dual fans that always runs, so we were seeing 32C at idle and 75C at load while gaming for an extended period of time. The fan was spinning at 1500RPM at idle and got up to 2000RPM at load. Noise levels were acceptable and it shouldn’t be heard too much inside a case with good airflow even while gaming. The GeForce RTX 2080 ran slightly cooler. 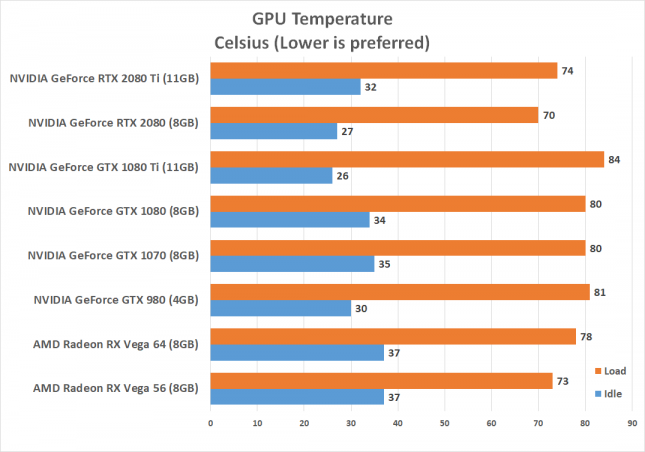 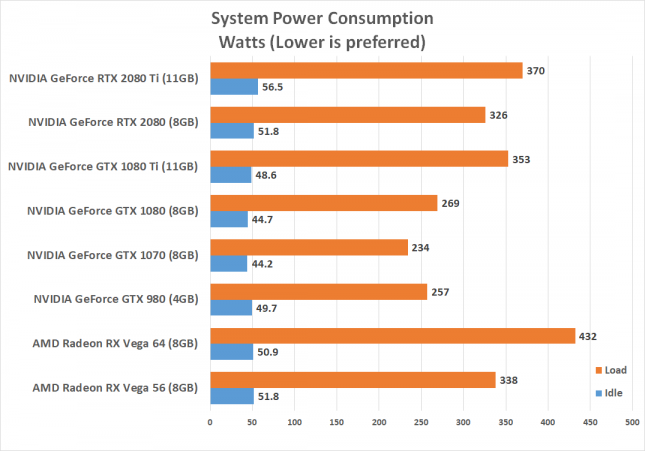 Power Consumption Results: The NVIDIA GeForce RTX 2080 Ti and RTX 2080 both did really well in the power test. Both use more power than their GeForce 10-series counterpart at idle and load, but nothing too wild. Our entire system was pulling just 370 Watts while gaming with the GeForce RTX 2080 Ti, so the recommended 650 Watt power supply for both of these cards is plenty for the average gamer.