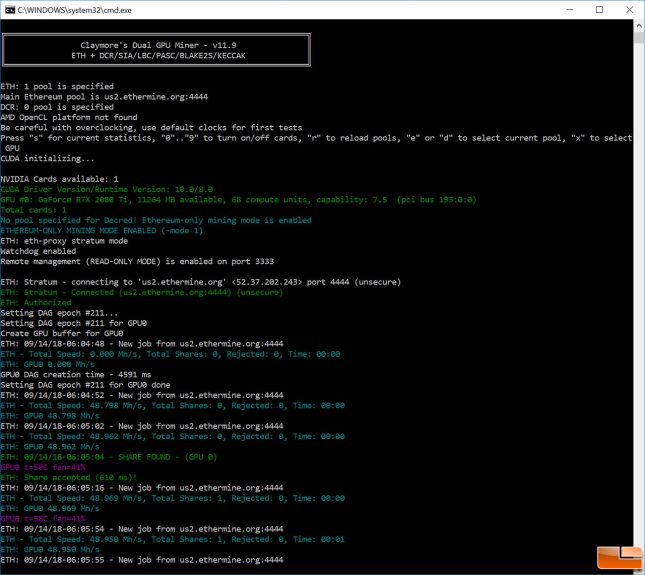 We used up Claymore’s Dual Ethereum AMD+NVIDIA GPU Miner v11.9 and did some quick single coin testing on DAG epoch #211. The NVIDIA GeForce RTX 2080 Ti was averaging around 49.0 MH/s straight out of the box and the system was pulling about 117 Watts at idle and then 389 Watts when mining (we used a different platform to mine on). So, we are looking at 49 MH/s at 272 Watts of power from just the GPU. Not very impressive results, but Claymore 11.9 came out in July 2018 and has not been optimized for GeForce RTX series cards yet. 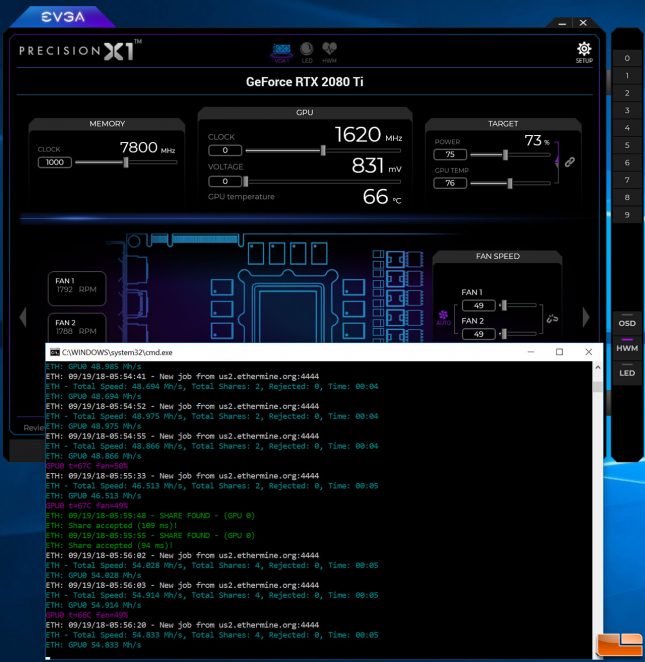 We used EVGA Precision X1 overclocking utility and overclocked the cards memory by +1000 MHz and lowered the power target to 75% to improve the cards efficiency. These changes got the hashrate performance up to around 54 MH/s and dropped the system power down to 306 Watts. This is an 83 Watt power drop while getting an extra 5 MH/s of performance. 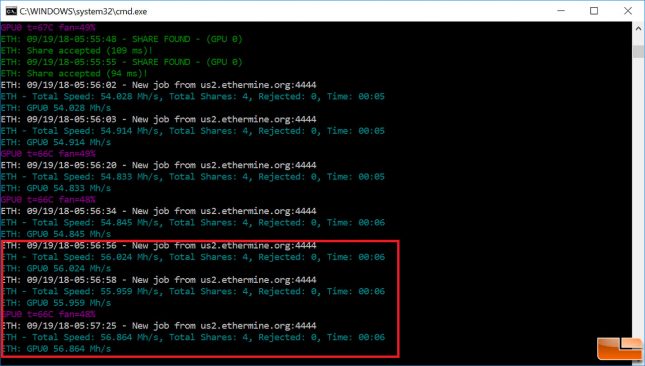 Once we closed EVGA Precision X1 we noticed that the hashrate went up to 56 MH/s, so we gained 2 MH/s by just closing the application. Power draw remained at 306 Watts and the temperature was under 70C on the card while we mined for an hour. 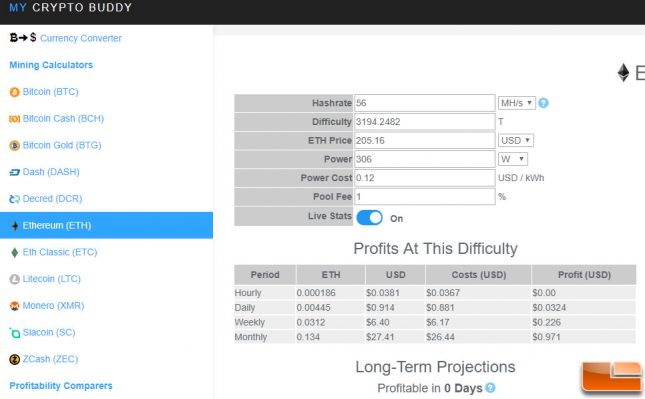 When we plugged in the numbers we are looking a profits of $0.97 per month with $0.12 per kWh electric rates on our mining platform that we used. Less than $1 a month mining 24/7! This card costs $1,199, so it will take you over 100 years to mine enough to cover the cost of this card if prices and mining difficulties stay the same (and they wont). Gamers shouldn’t worry about miners buying these cards anytime soon. Even if the hashrate doubled they wouldn’t make good miners. GPU mining appears to be dead unless prices go to the moon or something new comes along.