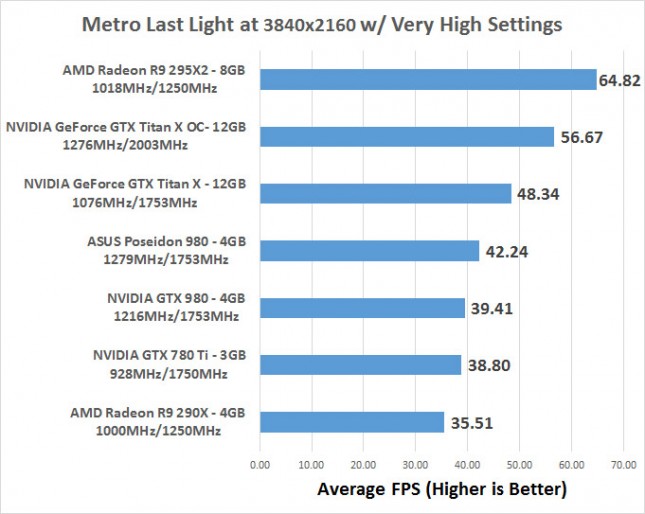 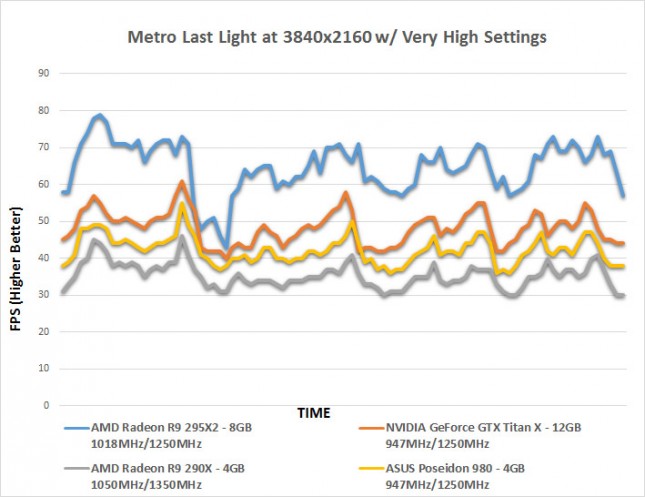 Benchmark Results: The AMD Radeon R9 295X2 had a pretty large 30 FPS dip in our benchmark run, but for the most part nothing was seen that is out of the ordinary here! The NVIDIA GeForce GTX Titan X was able to run Metro LL above 40FPS for the entire benchmark run and we played through part of the game without any issues on our 4K setup.