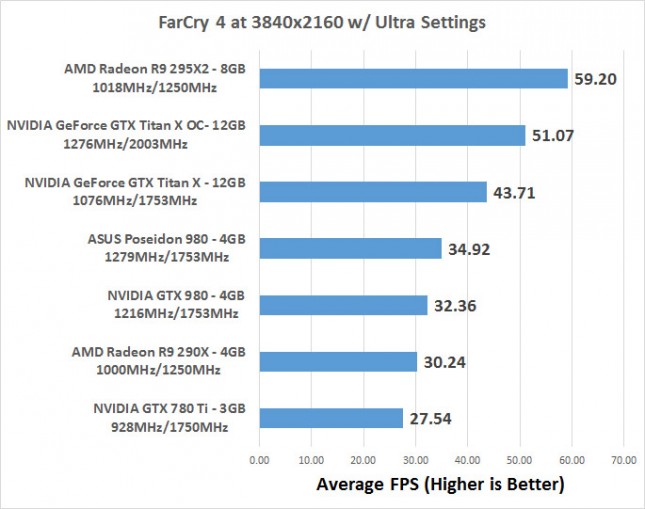 Benchmark Results: In Far Cry 4 we found the new NVIDIA GeForce GTX Titan X video card put up a respectable score of 43.71 FPS, which makes the 32.36 FPS on the NVIDIA GeForce GTX 980 reference card looks underwhelming. When overclocked the GeForce GTX Titan X was able to average 51.07 FPS on FarCry 4 and out gaming experience was excellent on this awesome looking game title. The AMD Radeon R9 295X2 had the highest average FPS at 59.20, but it was choppy at various times when we were playing the game title. 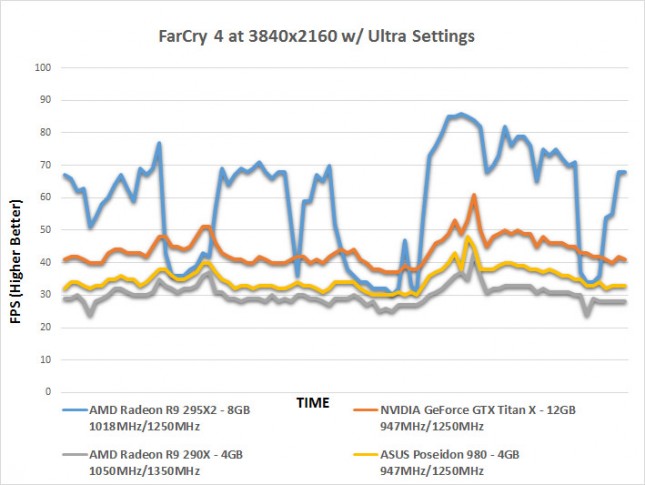 Benchmark Results: The AMD Radeon R9 295X2 might have won the average FPS battle, but the game play wasn’t smooth. When we charted the FRAPS log and looked at performance over time we found that the Radeon R9 295X2 dropped down below 30FPS once and down to nearly 30 FPS several times. The NVIDIA GeForce GTX Titan X never dropped below 37 FPS, so there was nearly a 10 FPS difference in the minimum frame rate during our benchmarking session.