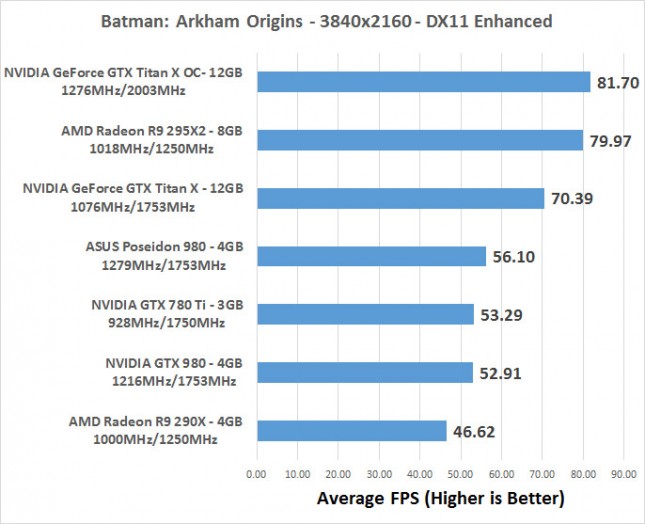 Benchmark Results: The NVIDIA GeForce GTX Titan X 12GB video card averaged 70.49 FPS on Batman: Arkham Origins with the stock clock speeds. With the Titan X video card overclocked by 200MHz on the CUDA cores and 250MHz on the GDDR5 memory we were able ti average 81.70 FPS, which was actually faster than a dead stock AMD Radeon R9 295X2 8GB video card.  The NVIDIA GeForce GTX 980 reference card came in at 52.91 FPS, so there is a pretty big gap between the GTX 980 and GTX Titan X! 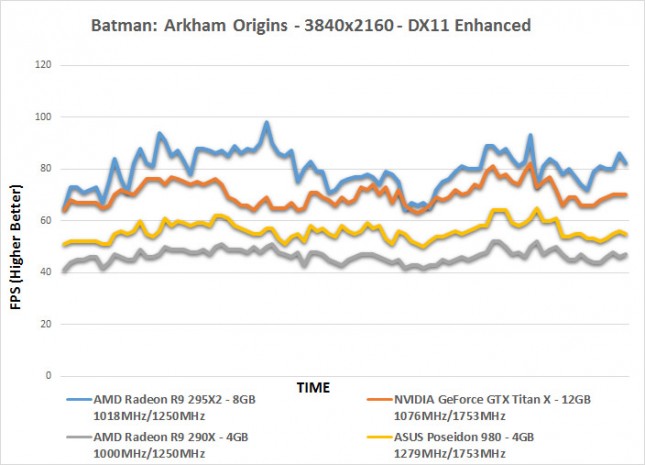