Today we look at the re-released Netgear N600 Wireless Dual-Band Gigabit Router, the WNDR3700v4.  Obvious by the router’s model number you can see that this is the fourth revision of this very popular router. Priced at $99.99 shipped, the Netgear WNDR3700v4 is an N600 rated Dual Band router which means two channels (2.4 GHz and 5.0 GHz) performing at up to 300 Mbps each.  Dual-band routers are pretty much the standard now and continue to give users flexibility to stream high definition multimedia and play games online with no interruption.  The Netgear WNDR3700v4 router is designed to give ample wireless coverage for “medium to large” homes and offices.  This is one of Netgear’s “middle-of-the-road” routers when compared to “economic” N300 that retails for around $50 and the “best-in-class” wireless-AC R6300 for $200. 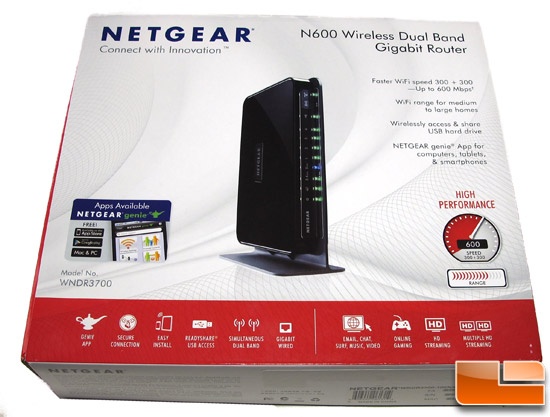 The router’s now-familiar housing contains its multiple internal antennas which has been sufficient for data transmission over large areas. This router is a bit more expensive than the TP-Link N600 we reviewed recently, but the big difference is the Netgear WNDR3700v4 Ethernet connections are Gigabit speeds, perfect for large data transmissions and gaming.

The version 4 of the WNDR3700 is powered by an Qualcomm Atheros AR9344 processor running at 560 MHz. This is an upgrade from the previous Broadcom BCM4718A (480 MHz) processor that was in version 3.  The RAM is bumped up to 128 MB from 64 MB as well.  We expect to see improved performance in the GUI’s response and hopefully in the wireless performance in general. 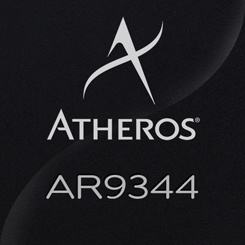 Along with its internal antenna and gigabit Ethernet ports, the WNDR3700v4 features Netgear’s “ReadyShare USB Access” where you can attach a USB hard drive to the device and access its contents from anywhere on your network – wired or wirelessly.  The router also supports DLNA to play your multimedia from any media server you have attached – great for those who like to BitTorrent or have ripped music and movies sitting on a hard drive somewhere.

As you can see, even though this $99.99 router is supposed to be on the inexpensive side when compared to Netgear’s flagship, R6300 (priced at $199), the WNDR3700v4 gives you quite a bit for the money. Let’s go ahead and set up the router and take a look at its performance!