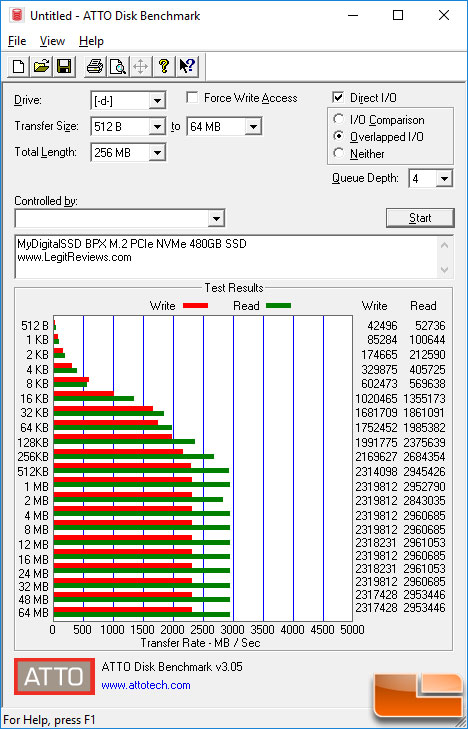 Benchmark Results: ATTO showed the MyDigitalSSD BPX480GB NVMe drive topped out at 2,961 MB/s read and 2,320 MB/s write in the standard overlapped I/O benchmark. This drive is rated at 2,600 MB/s max sequential read and 1,300 max sequential write, so we smashed those numbers. 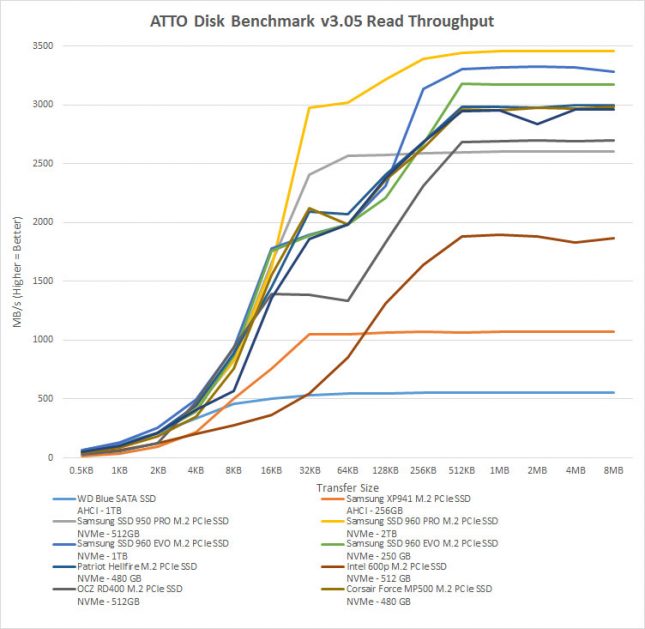 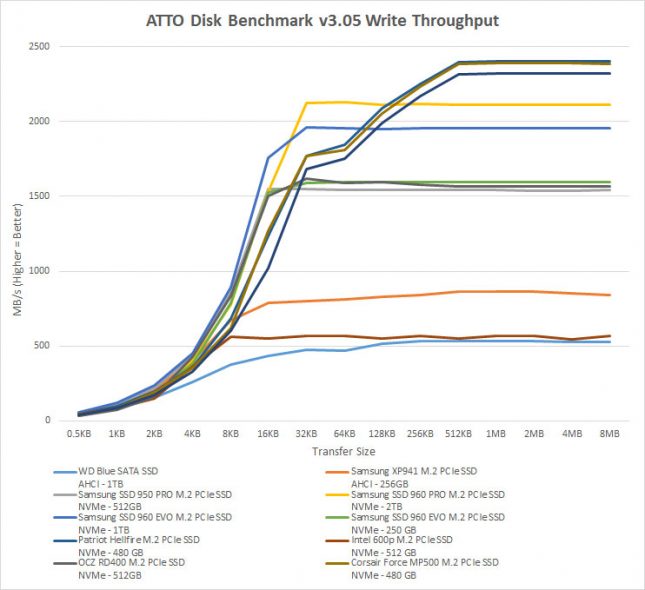 Benchmark Results: When comparing the the other SSD models you can quickly see that it does pretty well. It does perform slightly behind the other Phison E7 controlled SSDS (Patriot Hellfire and Corsair MP500), but not by much and that is likely due to the different Flash and firmware that this drive uses.