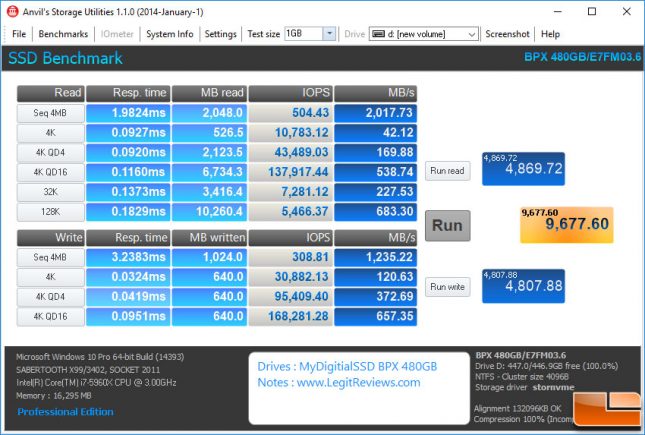 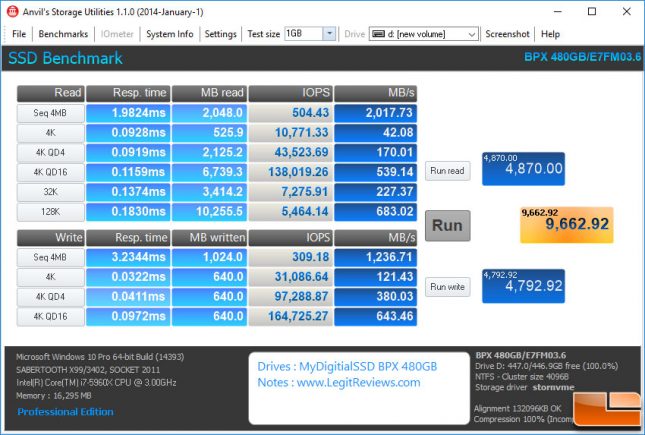 Benchmark Results: With the compression at 46% to help mimic real world applications better we found the overall dropped just a bit down to 9.662.92 points. 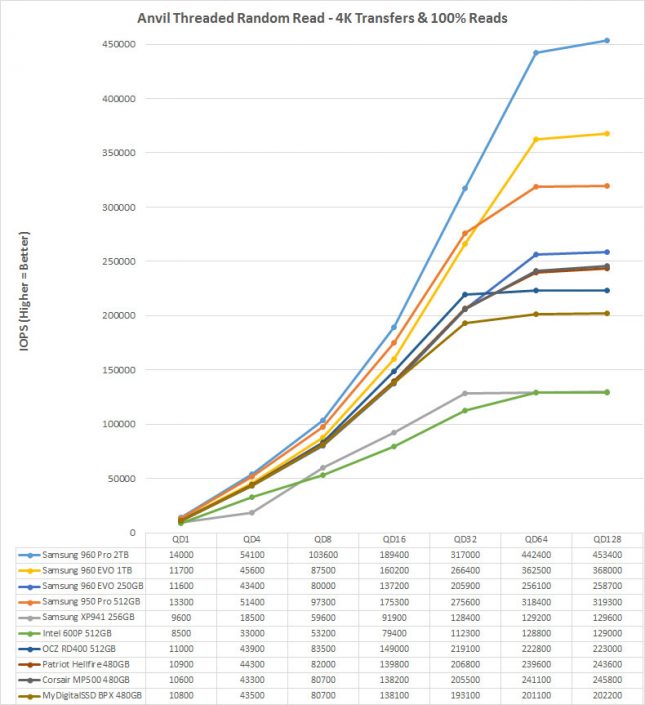 Benchmark Results: We used Anvil to check the 4K Random Read performance and found we we topped out at 202,000 IOPS, which is a fair bit above the drives rated 4K Random Read rating of 150,000 IOPS, but it is slightly lower than similar drives like the Patriot Hellfire and Corsair MP500. 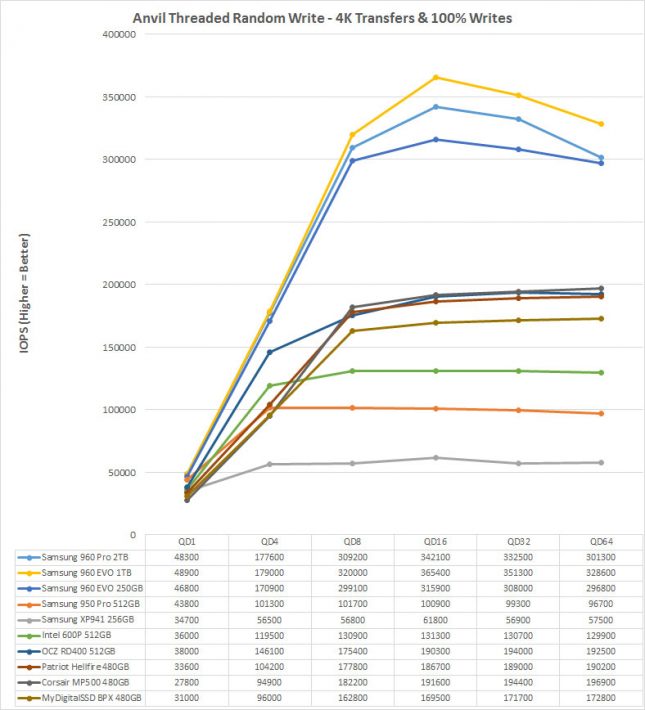