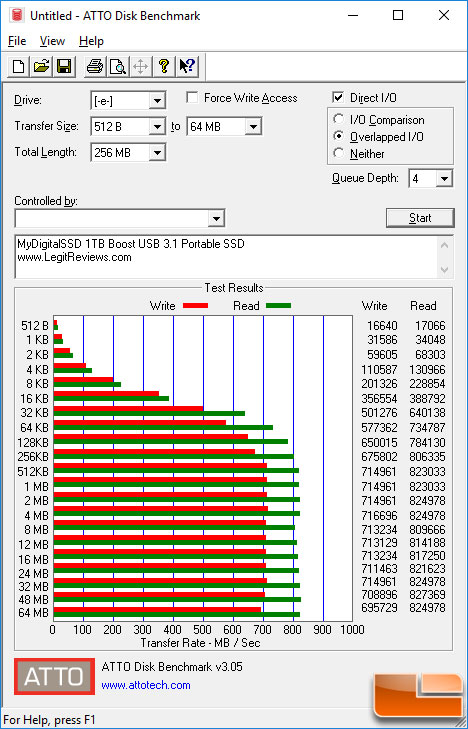 ATTO Disk Benchmark showed that we were getting up to 827 MB/s read and 717 MB/s write speeds! These are the highest read speeds that we have ever gotten through a USB 3.1 port and second only to the SanDisk Extreme 900 1TB portable drive for the write speeds. 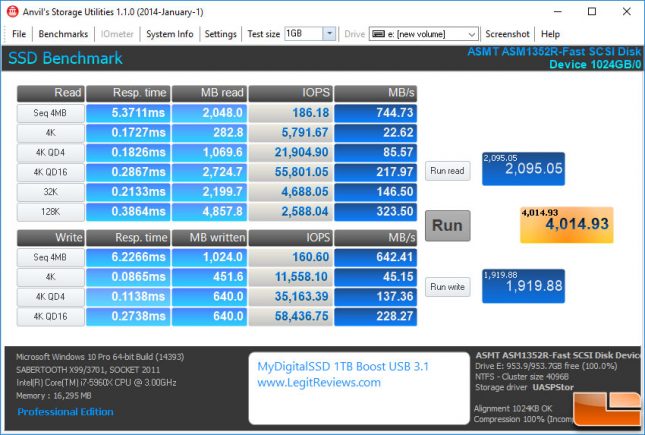 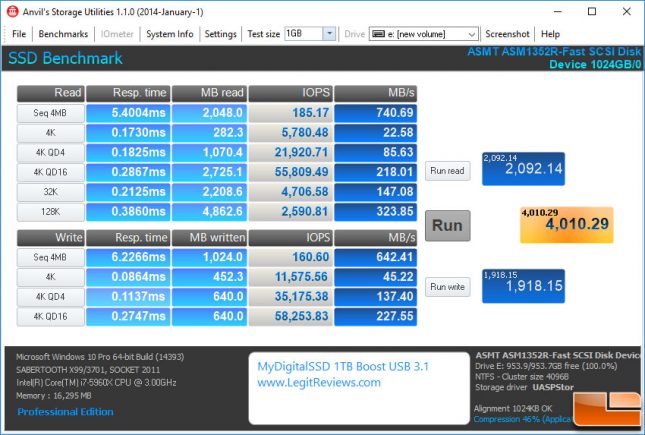 With the applications preset in Anvil’s Storage Utilities we found sequential speeds of up to 744 MB/s Read and 642 MB/s Write! These are most impressive performance results at both 100% and 46% compression. 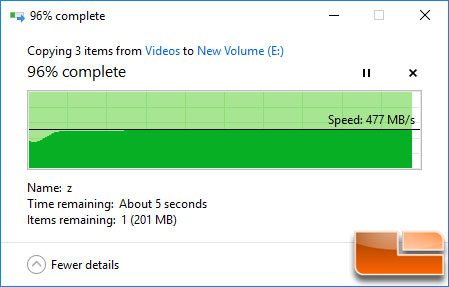 We wanted to do some real world file transfers, so we copied over few MKV Full-HD movie that added up to almost 6GB. During the transfer we found that we were getting around 475-478 MB/s on average when the data was being written to the MyDigitalSSD Boost USB 3.1 1TB portable SSD. It took just 13.55 seconds to transfer the files over. That is quicker than the SanDisk Extreme 900 960GB drive as it took that model 13.86 seconds to move over the same data. The WD My Passport SSD 1TB managed to complete this task in 20.43 seconds and the Samsung SSD T3 2TB drive that is our lab file transferring work horse took 34.38 seconds!