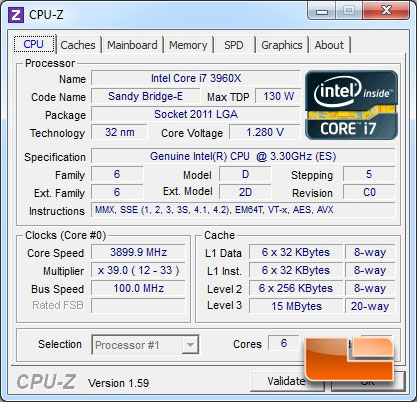 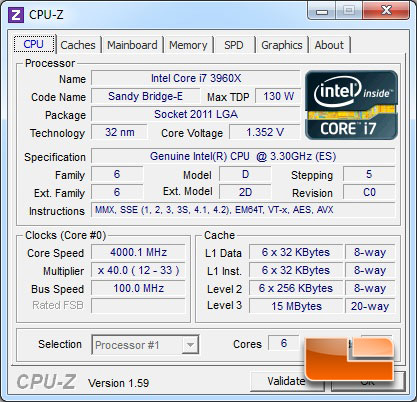 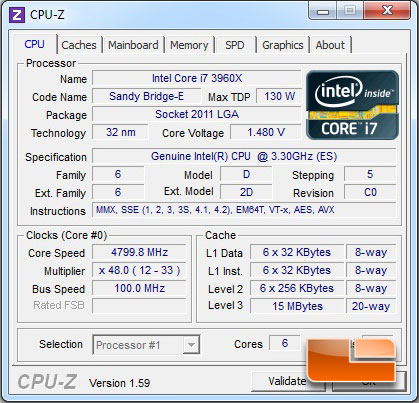 Of course we couldn’t leave the MSI Big Bang XPower II overclocking session with out pushing it just a little bit. After a little bit of voltage to the CPU VCore we were able to hit 4.8GHz! We had to set the VCore to 1.485 Volts and the multiplier to x48 to hit 4800MHz but it was quite solid and we were able to complete multiple runs of wPrime to test stability. 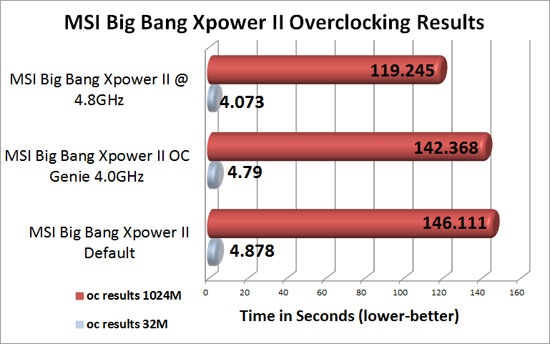 Since we tested the system stability with wPrime we decided to include the performance differences. At default settings the two tests were completed at 4.878 seconds and 146.111 seconds. Using the OC Genie II on the MSI Big Bang XPower II brought our completion times down to 4.79 seconds and 142.368 seconds. We saw the biggest difference when we manually overclocked the Intel Core i7 3960X to 4.8GHz. The system was able to complete the tests in 4.073 seconds and 119.245 seconds. That is an improvement of 16.5% on the 32M results and 18.4% on the 1024M results.